Helen Glover launched her bid for a third Olympic gold medal and insisted there was more to come.

The two-time Olympic champion finished third in her women’s pairs heat with Polly Swann as they opened their Games campaign on Saturday.

The duo clocked in seven minutes 23.98 seconds behind Australia and the ROC, the Russian Olympic Committee at the Sea Forest Waterway.

But Glover, who only returned to training in 2020 following almost four years out of the boat after starting a family, expects more ahead of Tuesday’s semi-final.

“It’s good to progress to the next round, we both know there is more to come as it wasn’t a perfect row but I guess there’s definitely value in learning in the early rounds,” said the 35-year-old, who won pairs gold in 2012 and 2016 with Heather Stanning. 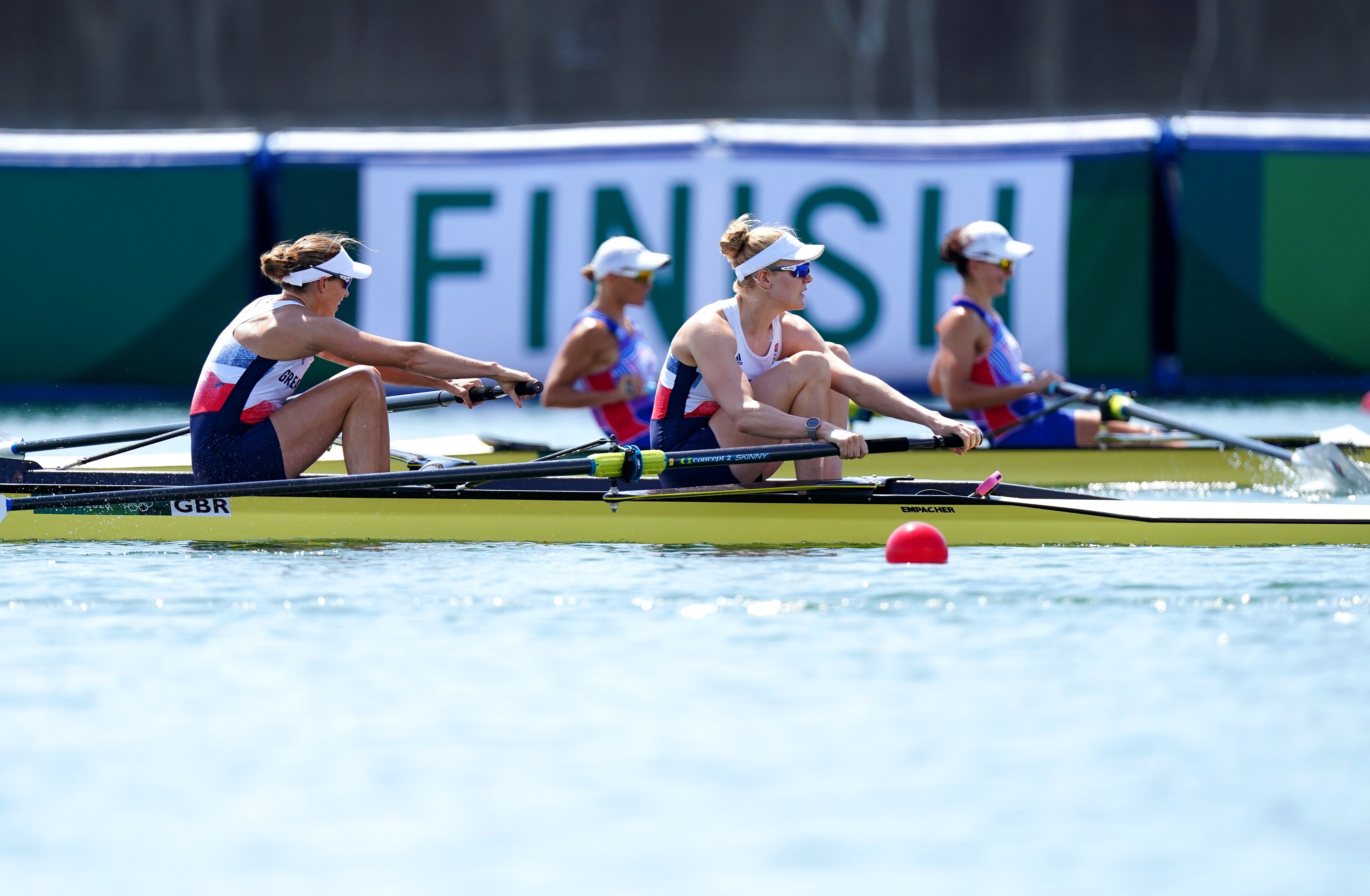 “We are open to what is coming next. We know we have done better in training, it would be more frustrating if we had a perfect row and didn’t have anything to improve on.”

The Britons rarely looked like winning their heat as they battled for second with the ROC boat, with Australia winning the heat in 7mins 21.75 seconds.

Team GB were beaten to the line by the ROC despite a late sprint fightback but, with the first three boats qualifying, never had any scares.

Swann added: “It’s always good to win the first round, sometimes that’s not how it happens but people still come away as Olympic champions. We have dealt well with how the race went and we are ready to learn and progress.”

Team GB also finished second in the lightweight double skulls, with Emily Craig and Imogen Grant coming behind Romania and fourth in their women’s four heat. They now must fight through the repechage to stand a chance of reaching the final.

Great Britain finished fourth in the women’s eights – 19.11 seconds behind New Zealand who won the heat – while the men’s eights also suffered disappointment and go into the repechage after finishing third in their heat.