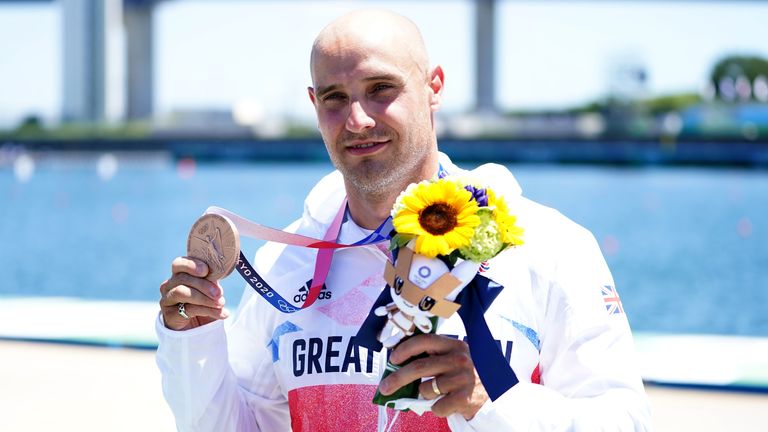 Heath, who set an Olympic-best time of 33.985 seconds during Wednesday’s qualifying, took second in the opening semi-final to set up his medal challenge.

And while he could not make it successive golds, it was Guildford-based Heath’s fourth Olympic medal following previous K2 sprint success at the Rio Games and London 2012.

It's Olympic bronze for @Liam_heath!

Photo finish on the line and Liam has his fourth Olympic medal.#TeamGB #Tokyo2020 pic.twitter.com/hJrqYG0oHn

Drawn in lane three, Heath delivered a consistent performance, but could not quite threaten the top two. 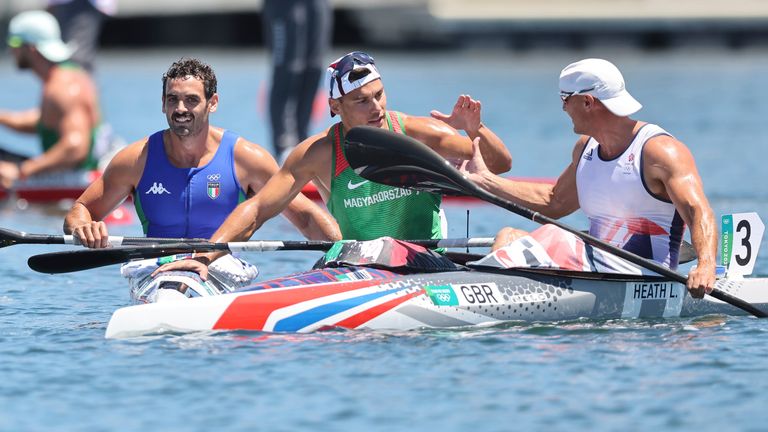 Totka and Rizza were separated by just 45-hundredths of a second, with Heath leading the charge behind them. He earned Britain’s 49th medal of the Tokyo Olympics and added more canoeing success following Mallory Franklin’s silver in the women’s C1 slalom during the first week of the Games.

Heath said: “You don’t know where you’ve placed, you’ve done your best and pushed it as hard as you can do. “If you can say that, getting off the water is a decent effort.

“The last 100m has always been the strongest part of my race. Everyone can accelerate quickly and reach top speeds, it’s all about maintaining that.

“I was a little hesitant off the start and didn’t reach my potential in terms of peak speed, I’m still happy with the performance.

“To win a medal at a third Games, it’s hard to put it into words. It’s what you’re working towards, just to be at your best for these events, I’ve learnt so much about my journey.

“Each Games, each competition, you learn so much about you, about people you compete against, the people you work with day in, day out.

“A massive thanks to everyone watching at home. It’s not gold but I’m happy with my performance.”