AN OLYMPIC hurdles star suffered a painful-looking fall after organisers went ahead with a race despite torrential rain.

While the women's discus final and pole vault heats were suspended in Tokyo on Monday, the 400-metre hurdles semi-finals carried on. 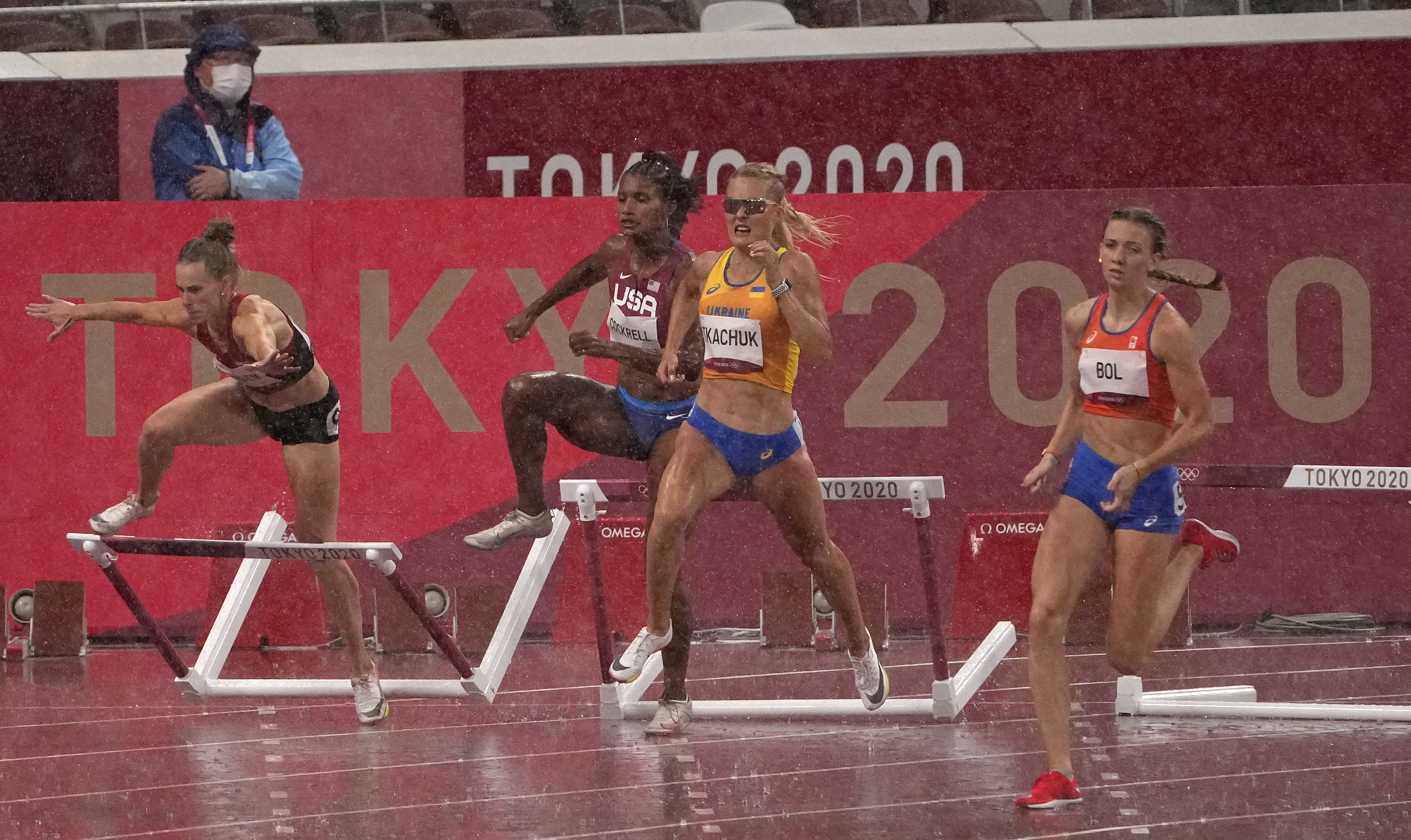 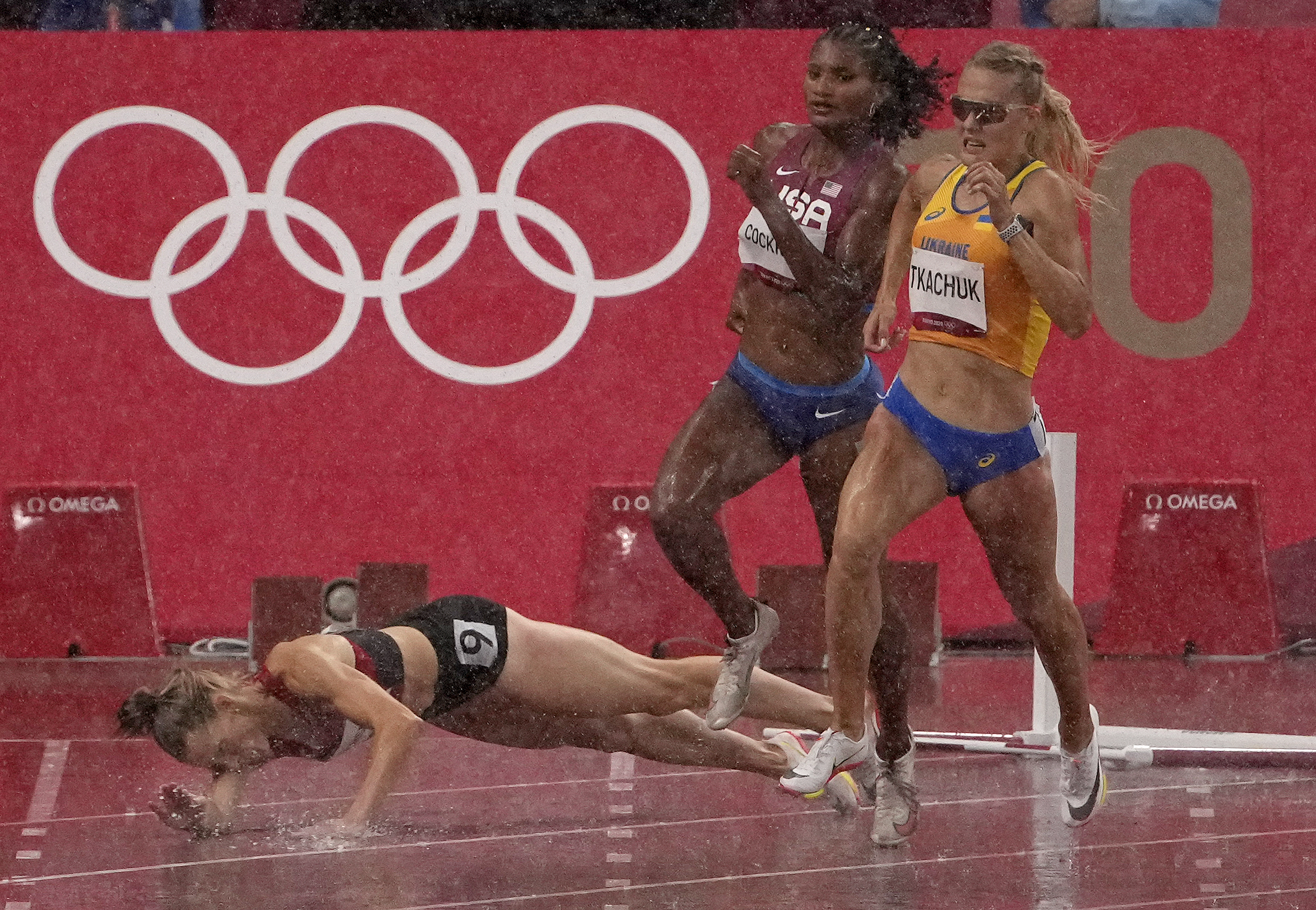 And it was little surprise when Danish athlete Sara Slott Petersen tumbled over a hurdle near the end of her race.

The 2016 silver medallist was in contention to qualify for the final when she hit the hurdle on her approach to the home straight.

Failing to launch properly off the wet surface, she fell and slid along the track as her rivals sprinted clear.

Petersen, 34, was able to pick herself up and leave the track without any sign of serious injury.

The same race saw Team GB's Jess Turner come home seventh, having qualified from her heat despite heavy strapping on her left leg.

In an earlier semi-final, Norwegian runner Amalie Iuel was called back for a false start as the downpour hit the Olympic Stadium.

Stewards were seen drying out the discus throwers' concrete pad with towels before the conditions eased.

Many viewers were left unimpressed that the hurdles were run while other events sat out the rainy spell, which was over after almost an hour.

Twitter user Chetana wrote: "It's raining in Tokyo..discus throwers are slipping..athletes are falling in races..this is so disheartening that athletes have to compete in such conditions..quite unfair.." 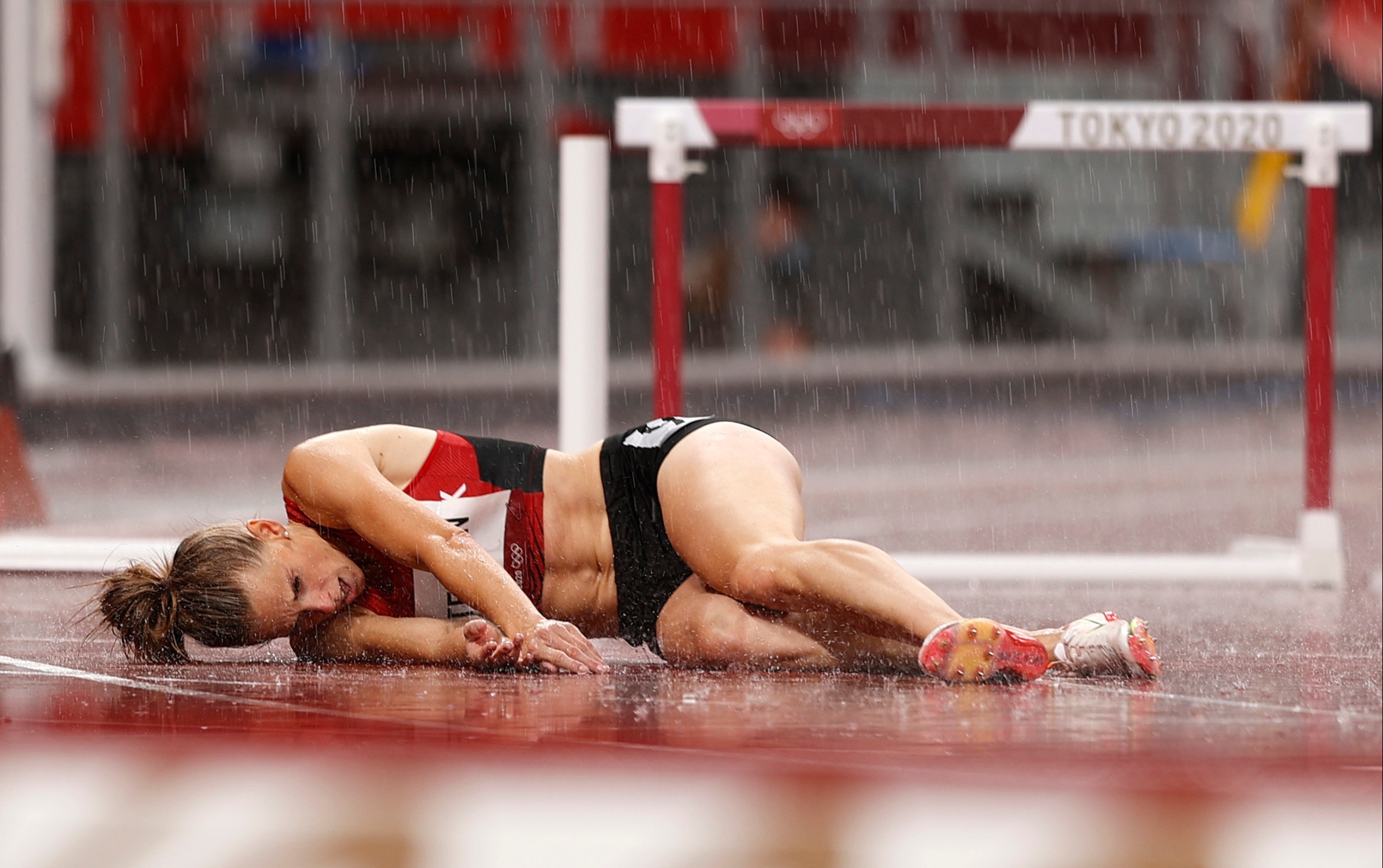 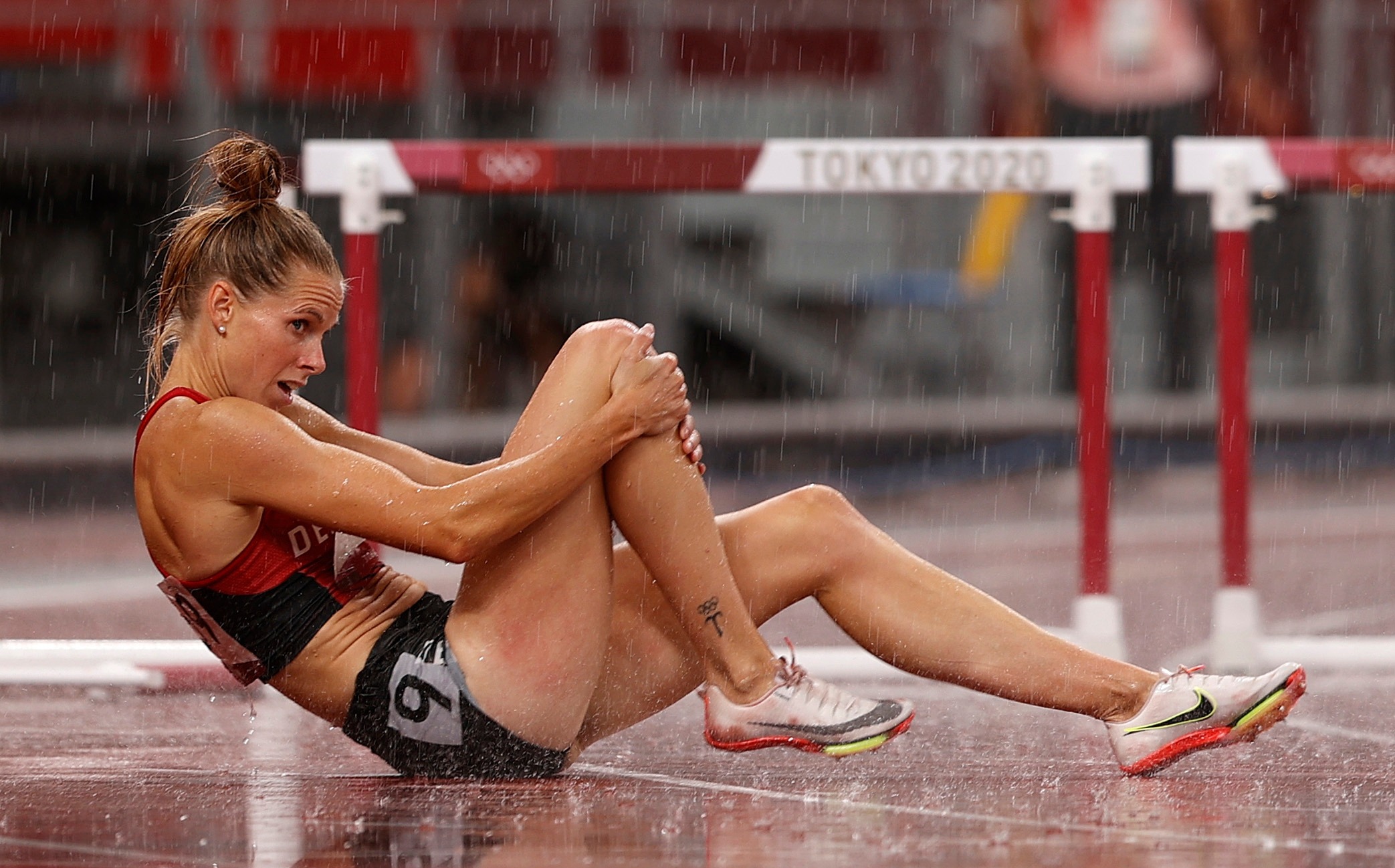 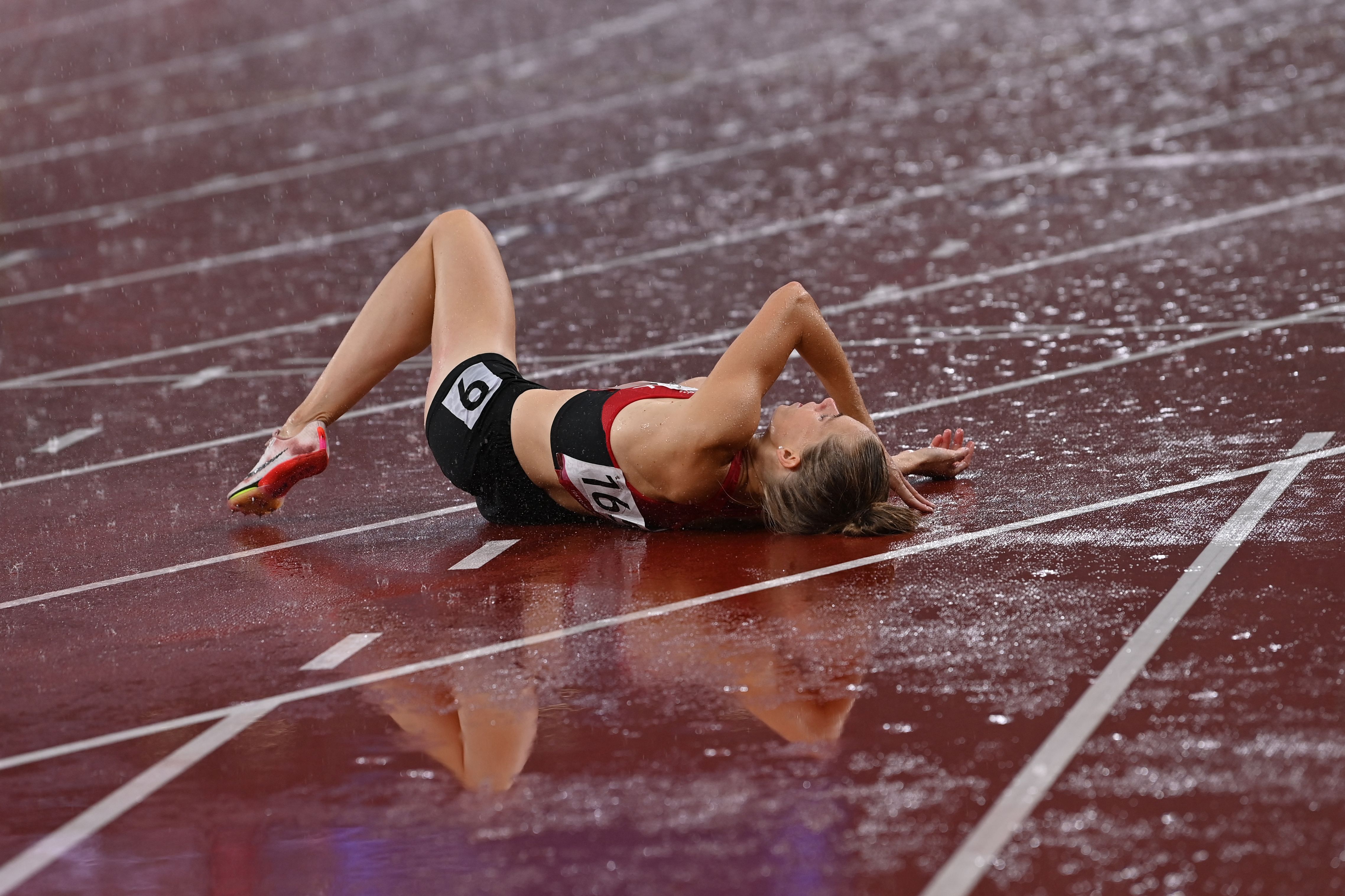 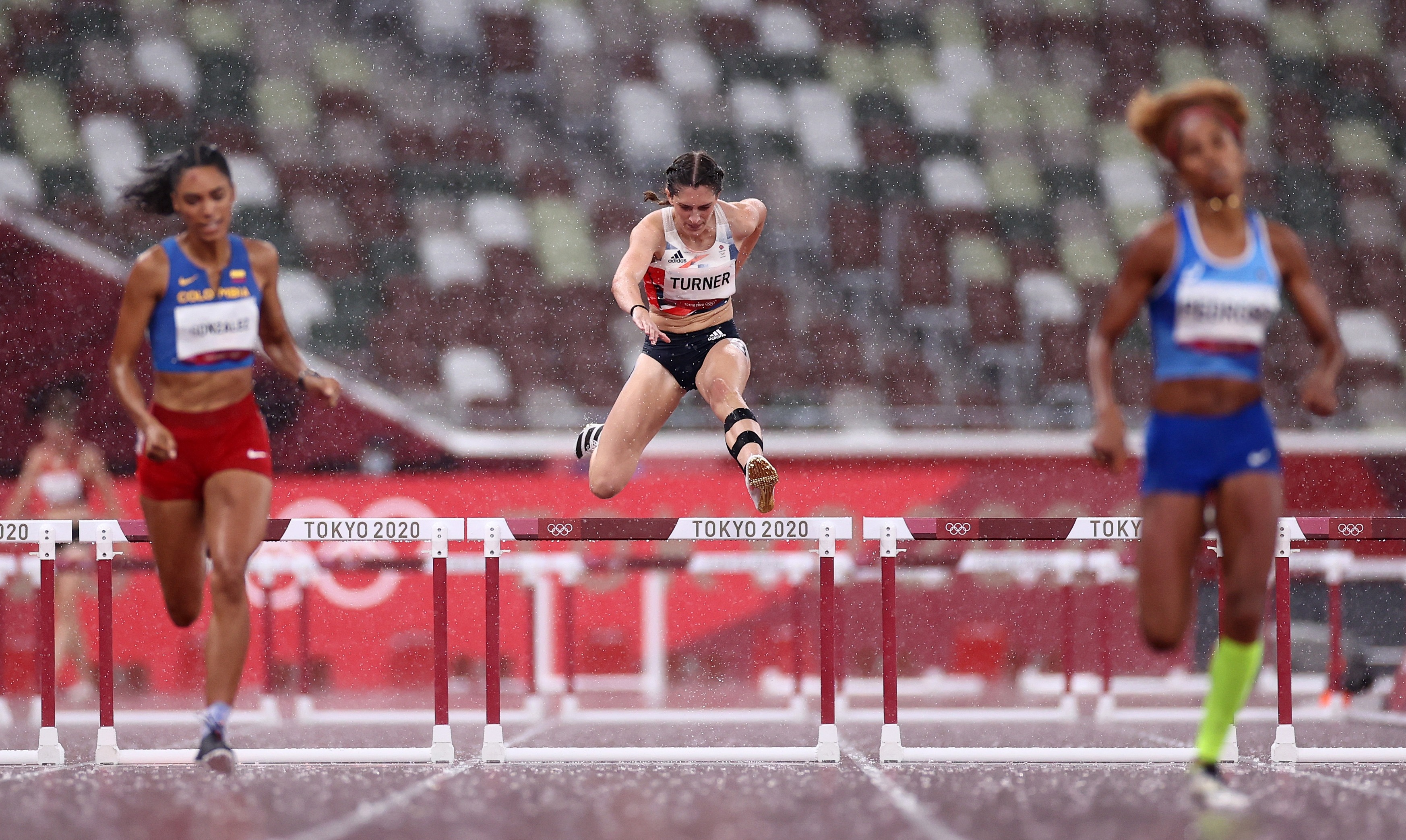 One viewer posted online: "I couldn’t imagine getting all the way to Olympics just to have to hurdle in the goddamn rain. Wet tracks SUCK."

Another tweeted: "How are they continuing in this rain? Are they asking for injuries!"

While Wendy commented: "Oh come on Olympics it’s not fit to turn a dog out in that weather! You’ve already had one fall in the women’s hurdles: postpone it till the rain stops for heaven’s sake!"