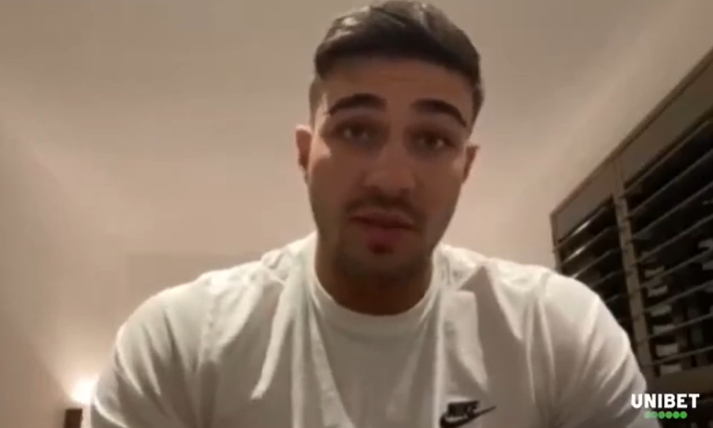 Tommy Fury has laughed off Jake Paul’s insults following his victory over Tyrone Woodley on Saturday.

Paul, 24, was set to fight Tyson Fury’s brother Tommy but the heavyweight pulled out of the bout earlier in the month due to illness and injury.

‘They were joking who won that round and it was nobody. It went on for multiple rounds. I was watching and it was upsetting for me to watch because I know if I’d have been in there it wouldn’t have been going six or seven rounds.

‘That was meant to be my night. The people who know me know how much of a bitter pill that was.’

Asked if he noted any improvement from Paul on his previous four fights, he added: No. Honest truth he looked better in his last fight.

‘This fight he didn’t do anything. For the first five rounds it was a hugging affair. He didn’t show me anything.

‘He doesn’t move his head. The only way you get better is the amount of ring time you have. He’s got to learn that.

‘I think he was lucky it wasn’t me in there instead of Tyrone. I try to give him more credit but I can’t.’