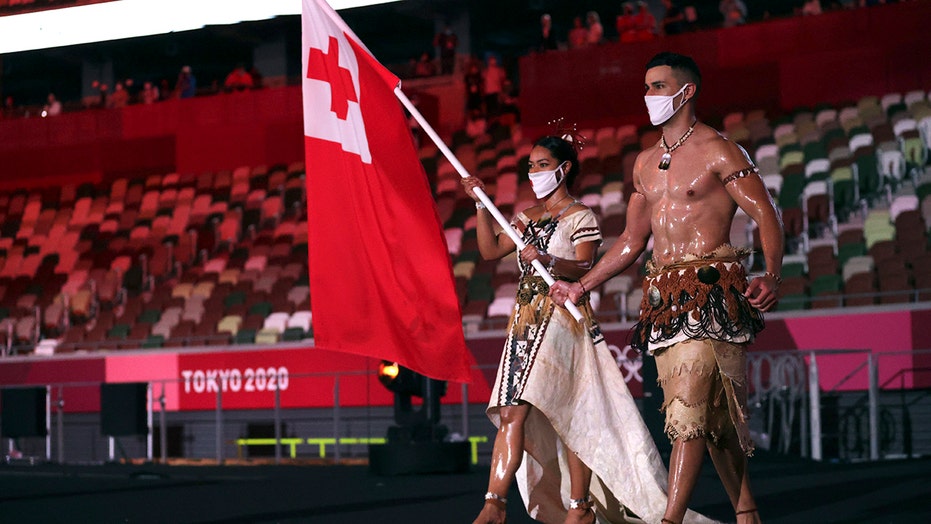 Pita Taufatofua was back at the Olympics on Friday holding the Tongan flag and causing social media to swoon once again.

It’s the third time Taufatofua has carried the flag for Tonga. He initially caused a stir at the 2016 Rio Games and again appeared at the 2018 Winter Olympics at Pyeongchang. 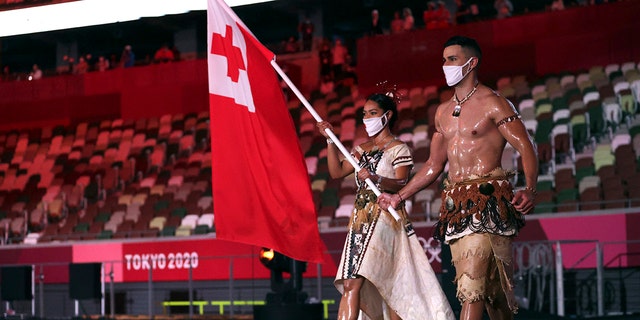 Malia Paseka and Pita Taufatofua, of Tonga, carry their country’s flag during the opening ceremony in the Olympic Stadium at the 2020 Summer Olympics, Friday, July 23, 2021, in Tokyo, Japan. (Hannah McKay/Pool Photo via AP)

The bare chest returned during the Winter Olympics in 2018 as he took a shot at cross-country skinning. He was the only Tongan to appear at those Games and didn’t appear to be affected by the cold at the time. He finished 114th out of 119 competitors in the 15-kilometer freestyle race.

He initially tried to qualify for the 2020 Games in sprint canoeing but came up just short. He would later get back onto the Olympic team in taekwondo for the second time.