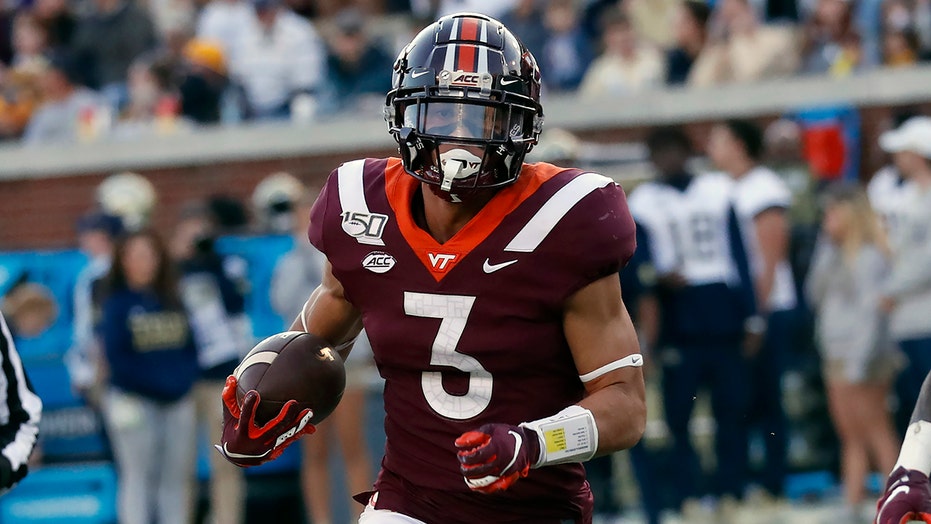 Caleb Farley is expected to be among the first few defensive backs taken off the board Thursday night during the first round of the NFL Draft, but he will not be able to attend the event.

The former Virginia Tech cornerback tested positive for coronavirus Tuesday, his agent Drew Rosenhaus told the NFL Network. Rosenhaus said Farley is “totally asymptomatic and feels completely normal” but will not be able to be in Cleveland to hear his name called at the podium in person.

Farley opted out of the 2020 season due to coronavirus concerns. He played only two seasons for the Hokies, and in those two seasons, he recorded six interceptions, 56 tackles and a touchdown.

He was expected to be one of the first cornerbacks taken off the board, but the months and weeks leading up to the draft have been a bit tumultuous.

NFL general managers have reportedly been split over where Farley would land and if they were willing to draft him in the first round with lingering injury concerns.

“I’ve had multiple teams tell me that in the middle of the draft, they are going to draft him,” Rosenhaus told the NFL Network on Monday. “I don’t expect him to make it to pick No. 20. I’m convinced, based on my discussions, that he’ll go in the first 20 picks.”

Farley could be the third cornerback off the board while Jaycee Horn, Patrick Surtain II and Asante Samuel Jr. could be taken before him.