The Kentucky Derby is the most exciting horse race of the year, and no person has more at stake at Churchill Downs this year than trainer Bob Baffert.

While fans fill the stands ahead of the race, placing their bets and sipping on mint juleps, Baffert will be making his final preparations with the three horses he has running in the Derby.

Read more:Kentucky Derby 2019: Everything you need to know about the 20 horses racing in the ‘Run for the Roses’

When post positions were drawn on Tuesday, Baffert’s horses — Game Winner, Improbable, and Roadster — were all considered contenders, but it was Omaha Beach, trained by Richard Mandella, who was the morning-line favorite.

However, on Wednesday news broke that Omaha Beach would be forced to scratch from the race, creating a wide open Run for the Roses and suddenly making Baffert’s three horses the favorites to win at Churchill Downs.

Read more:The favorite to win the Kentucky Derby was forced to scratch due to injury, completely reshaping the biggest race of the year

Baffert is already an icon in the thoroughbred racing world, having won five times at the Kentucky Derby already, including the past two Triple Crown winners in Justify and American Pharoah. This year, he has the chance to tie Ben Jones for the most trainer wins in Derby history.

According to Baffert, Justify was the clear favorite of the field in 2018, but this year is a much race.

“I think anyone could win it,” Baffert told the Pittsburgh Post-Gazette. “You have to get the trip, and the post is important. Last year we came in with Justify, and he was a man amongst boys, and American Pharoah. This year is different. With them, I knew I had the horse and felt like I needed a little luck. Now I’ve got three nice horses, and there’s a lot of parity. It’s wide open.”

As Baffert notes, none of his three entrants this year come into the race with the dominant stature of Justify, but all three are potential winners on Saturday if the race breaks their way.

Below we break down the three horses Baffert has running in the Kentucky Derby. 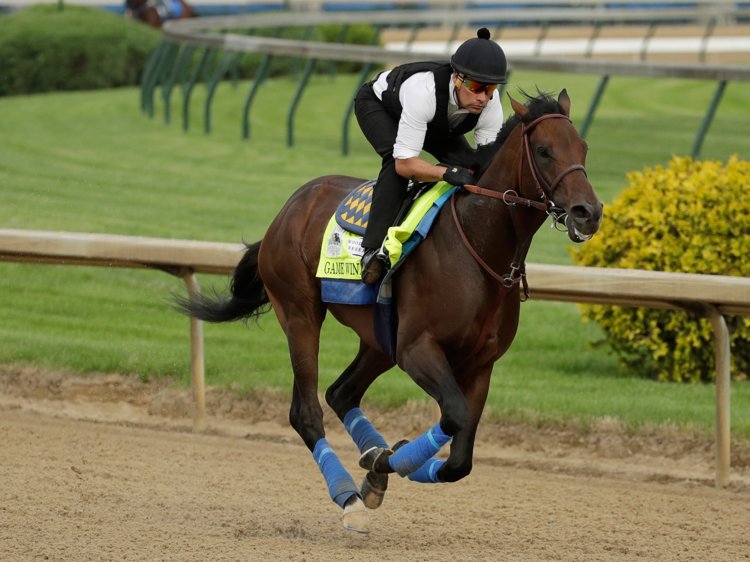 Key Baffert quote: “Game Winner is a champion. He’s always right there and has never run a bad race.”

Why he can win: Game Winner is now the favorite to win the Kentucky Derby, which has been a solid place to start the race in recent years, as the morning favorite has won the past six times at Churchill Downs. Of the three horses, Game Winner is likely the most “complete” potential champion, in that he has proven capable of running a brilliant race and if not win, then at least contend. 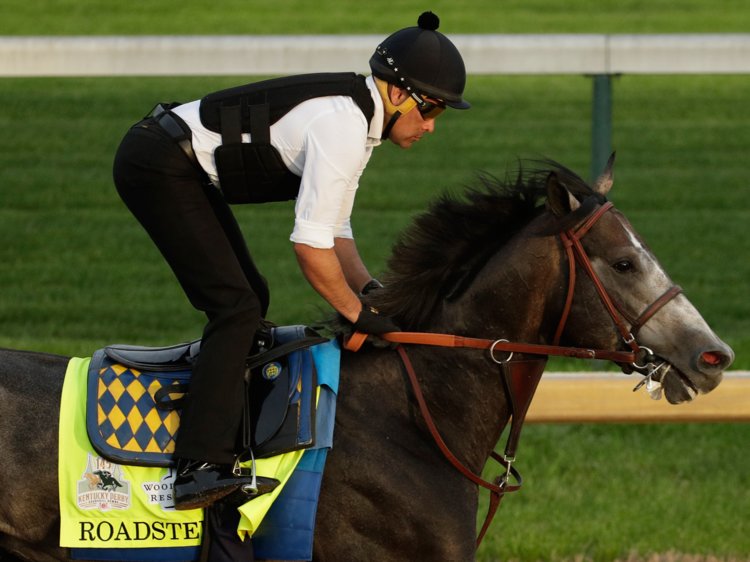 Key Baffert quote: “I don’t know how good Roadster is. We don’t know if he’s got other gears. What he did was pretty impressive, coming in off a layoff and reeling off two wins. But we don’t know.”

Why he can win: Roadster has been known as Baffert’s “TMZ horse” after last year’s Kentucky Derby, when a TMZ reporter asked him which of his two-year-olds he believed could win the race in 2019. Baffert has clearly had faith in Roadster for some time, but he’s still relatively unknown, due to the fact that he was sidelined for some of the year with an injury. But when Roadster is running his best race, he might be the strongest horse Baffert has, as he proved when he edged out Game Winner at the Santa Anita Derby. 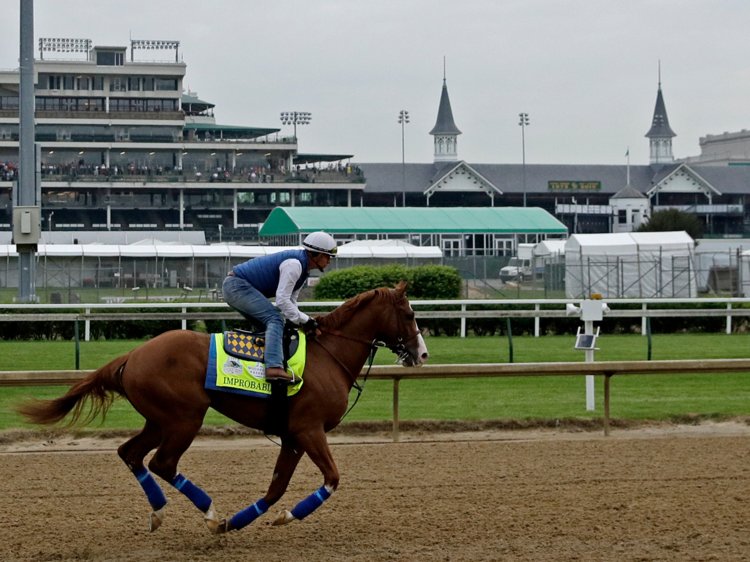 Key Baffert quote: “He can be a little bit feisty. He’s got a little bigger engine on him; he gets excited a little bit, but that’s him.”

Why he can win: Like Game Winner, Improbable has lost to only two horses in his career, one of which was Omaha Beach. The other was Long Range Toddy, who beat Improbable by a nose with the help of a brilliant ride from jockey Jon Court. In his three other races, Improbable is undefeated, and if he can find a favorable path on Saturday, he’s got the stuff to win. 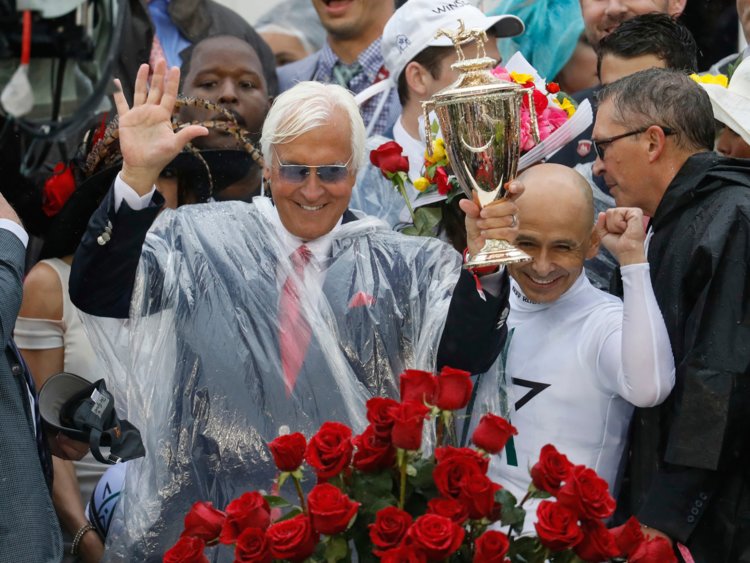 Picking horses is as tough as gambling gets, and one of the reasons it’s so compelling to tune in and watch the race unfold live — there’s a reason they call it “The Fastest Two Minutes in Sports.”

There’s a chance that Baffert’s horses finish 1-2-3, which would be a historic end to what is already an exciting year for the infamous trainer.

Read more:Kentucky Derby 2019: A beginner’s guide to betting the biggest horse race of the year

Still, bettors are left to choose a winner. If you believe in trends, and like a known quantity, back Game Winner to become the seventh straight favorite to win at Churchill Downs.

If you like a bit of a wild card, back Roadster, and hope the race breaks his way. And if you prefer a numbers-based approach, there’s a chance that Improbable is your pick to win.

There’s no guarantee that one of Baffert’s horses winds up winning the roses on Saturday, but if history and pedigree are to be believed, all three will be in the running coming around the final turn. 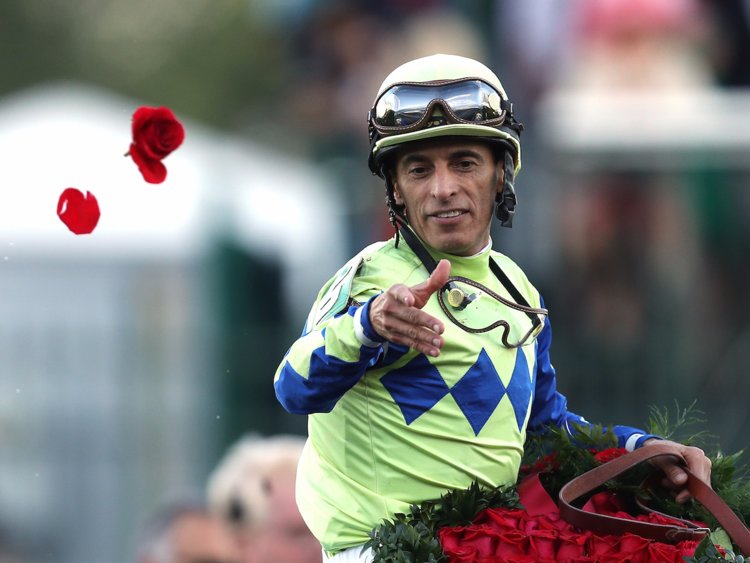 Kentucky Derby 2019: Start time, odds, and where to watch

Kentucky Derby 2019: A beginner’s guide to betting the biggest horse race of the year