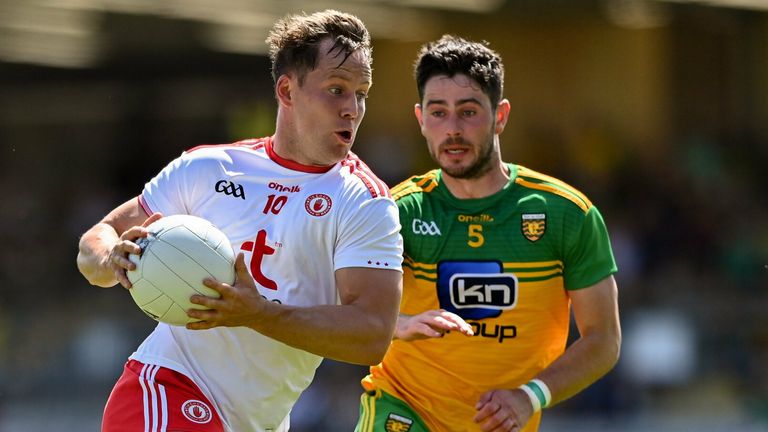 Tyrone are through to the Ulster final where they will face Monaghan, after a hard-fought 0-23 to 1-14 win over 14-man Donegal.

Tír Chonaill were forced to play without their talisman Michael Murphy for the entire second half, after the full forward was sent off in the 33rd minute.

It was a composed display by the Red Hands, who played with 14 themselves for two 10-minute periods. But Darren McCurry, Kieran McGeary and Niall Sludden led the scoring charge to secure a deserved six-point victory. 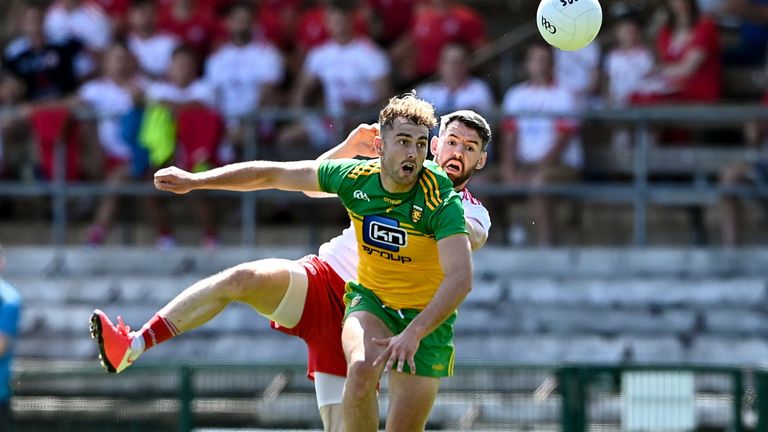 In a lively opening, the teams traded scores at a ferocious pace. They were locked at 0-5 apiece at the water-break, with the Red Hands failing to convert their goal chances. Darren McCurry was denied by Shaun Patton, before Kieran McGeary turned down a potential green flag by opting to fist over for a point.

The game then entered a crucial passage. In the 28th minute, Rory Brennan brought down Michael Langan, as the Donegal forward was set to pull the trigger. Brennan was shown a black card and conceded a penalty.

Michael Murphy stepped up, but failed to find the target as he bid to put Donegal five points to the good.

Tyrone knocked over two more points to bring it to 0-7 to 0-7, before another key moment unfolded. Murphy was shown a black card, having previously been booked, and Donegal were down to 14 men for the rest of the contest. The Glenswilly man was penalised for mis-timing a kick which collided with McGeary’s shin.

A Darren McCurry point gave the Red Hands a one-point lead at the break. 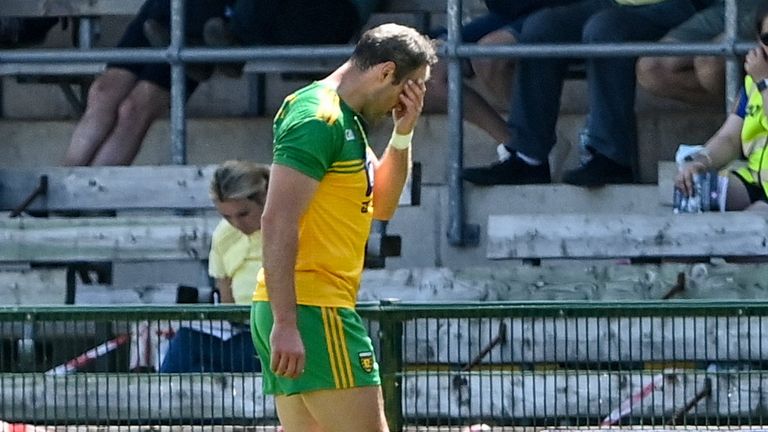 Tyrone started well after the break, with Niall Sludden and Tiernan McCann pushing the margin out to three.

However, Donegal were handed a lifeline when Caolan McGonagle stormed through on goal and blasted it by Niall Morgan.

Try as they might, Tyrone were unable to shake Donegal however, as Declan Bonner’s charges dug their heels in.

A black card to McGeary brought numerical parity in the 65th minute, with Donegal trailing by just two points. However, Michael Langan missed the resulting free, which took the wind from their sails.

Conor McKenna, Cathal McShane and Tiernan McCann made impacts off the bench, as Tyrone kicked the last four points to seal victory.