Ciryl Gane stopped Derrick Lewis with a flurry of ground-and-pound strikes in the third round at UFC 265 in Houston, winning an interim UFC heavyweight title and the next shot at champion Francis Ngannou.

Just over three years after Gane (10-0) made his mixed martial arts debut, the Frenchman dominated the championship bout at the Toyota Center in Lewis’ hometown in Texas.

Gane was booed vociferously from the moment he stepped onto the arena floor, but he largely avoided every strike thrown by the slower, more deliberate Lewis before hurting the veteran repeatedly in the third round. Lewis eventually collapsed in pain with his back to Gane, who finished him on the ground with head strikes.

Please use Chrome browser for a more accessible video player 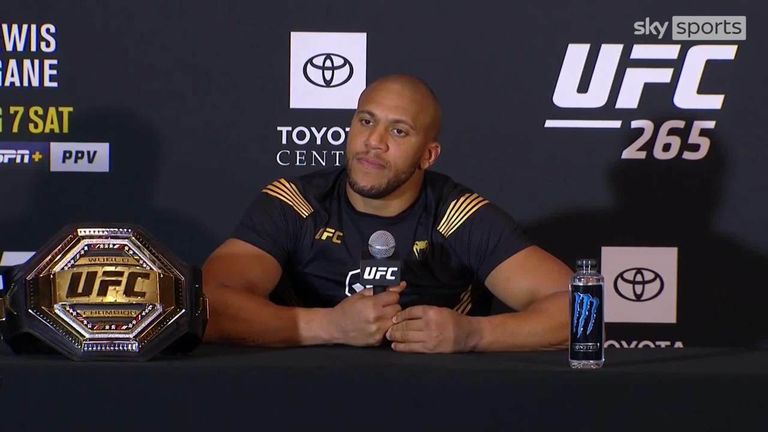 “I’m happy, but I’m feeling a little bit bad for my man in front of his fans,” Gane said from the cage while Lewis’ Houston fans voiced their displeasure.

Gane is all but guaranteed to be the next opponent for Ngannou, who won the actual UFC heavyweight title only four months ago by beating Stipe Miocic. The UFC’s decision to award an interim belt was met with derision around MMA, but Gane’s victory sets up the title matchup that probably would have happened anyway. 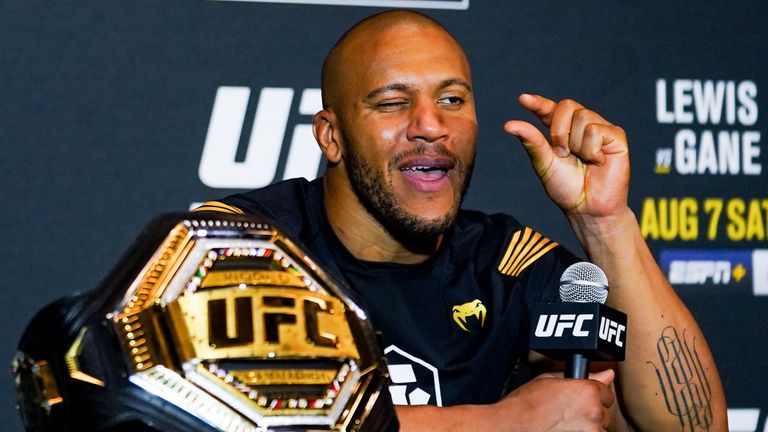 Gane and Ngannou are former team-mates, putting an extra edge into their meeting.

The popular Lewis (25-8) had won four straight fights over the past two years, revitalising his hopes of winning his first UFC title. But he lost to Daniel Cormier in his only previous title shot three years ago, and he appeared to be overmatched against Gane. 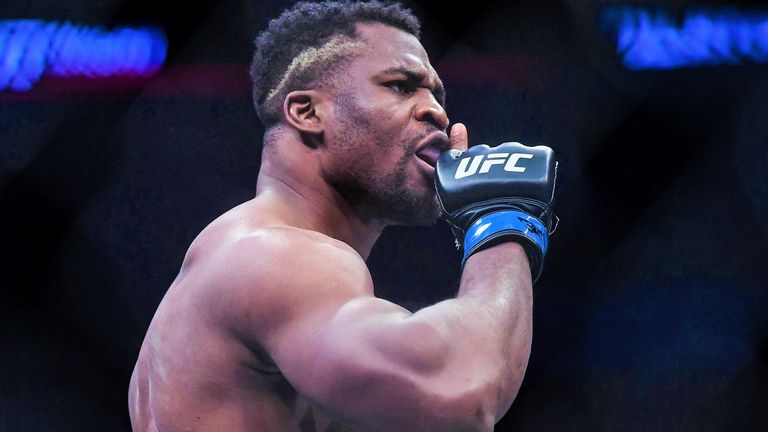 Gane got a title shot in just his seventh UFC bout, capping his meteoric rise from an impressive Muay Thai career to the pinnacle of MMA. Gane even accepted this fight while his wife was due to give birth in less than two weeks.

Lewis couldn’t get a hand on Gane in the opening two rounds, improbably landing just two significant strikes. Gane was far more athletic and elusive than the 36-year-old Lewis, whose success has always been built on landing power shots to make up for his athletic deficiencies.

Please use Chrome browser for a more accessible video player 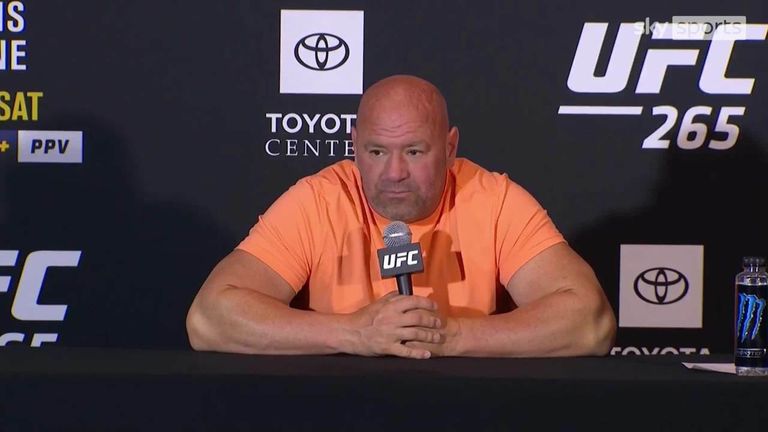 Gane picked apart Lewis in the first two rounds, and he hurt the veteran with an uppercut and a knee early in the third. Lewis was staggered, and he didn’t recover much during a break to replace his mouthpiece before Gane finished him.

On the undercard, former featherweight champ Jos Aldo beat fellow Brazilian Pedro Munhoz by unanimous decision for his first back-to-back victories in two-and-a-half years. Welterweight Vicente Luque was also victorious on the night, beating Michael Chiesa in the first round.