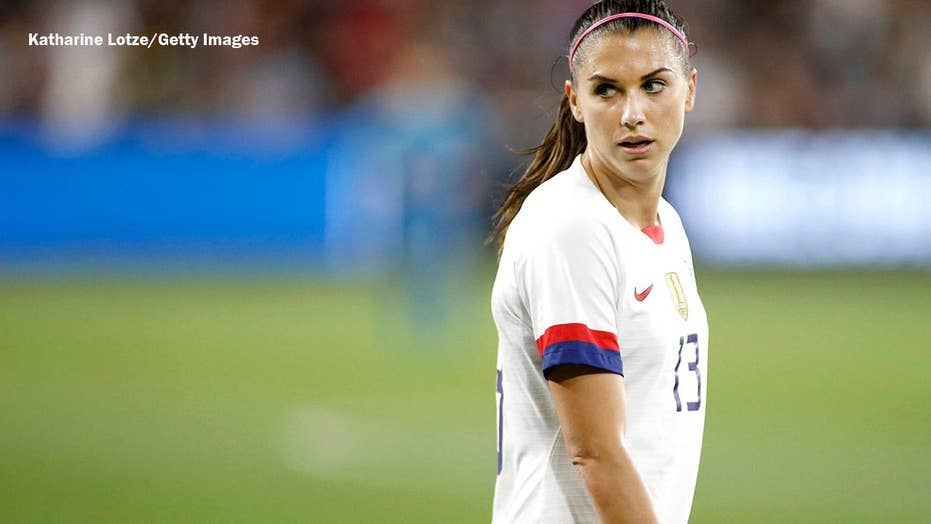 At the Time 100 gala, the gold medalist and World Cup winner Alex Morgan opened up about having Hollywood support her and her teammates.

NEW YORK – Soccer star Alex Morgan is an Olympic gold medalist, Women's World Cup winner, and one of Time magazine's 100 most influential people of 2019 but her biggest challenge is the fight for pay parity in the sport she loves to play.

Morgan and her teammates are underpaid compared to the U.S. men's national soccer team even though the women consistently outperform them in terms of victories, domestic viewership numbers per SportsMediaWatch.com, and popularity per The Nation's report.

On the red carpet at the Time100 gala in New York City, Morgan spoke to Fox News about her and her teammates' fight for pay parity and what it was like seeing actresses from Hollywood show up in support them.

"It was awesome," she said. "I never imagined them coming to a soccer game and I've watched all of them in movies and TV. They have such a huge influence and they've pulled in so many directions so it meant a lot to us for them to attend our game."

"So the US women’s team is the best in the world and the men’s team gets paid more? #TimesUpPayUp,” Chastain wrote on social media at that time.

“The numbers speak for themselves,” said Solo, the team's goalkeeper at the time. “We are the best in the world, have three World Cup championships, four Olympic championships.”

This summer the team is heading to France for the 2019 Women's World Cup to defend their title as champions.