EUROPE'S golfers team will need some prayers to be answered if they're to bring the Ryder Cup home after a day one drubbing.

And if they are to find a saviour, it is unlikely to be Rory McIlroy, who seems to have totally lost his Ryder Cup mojo. 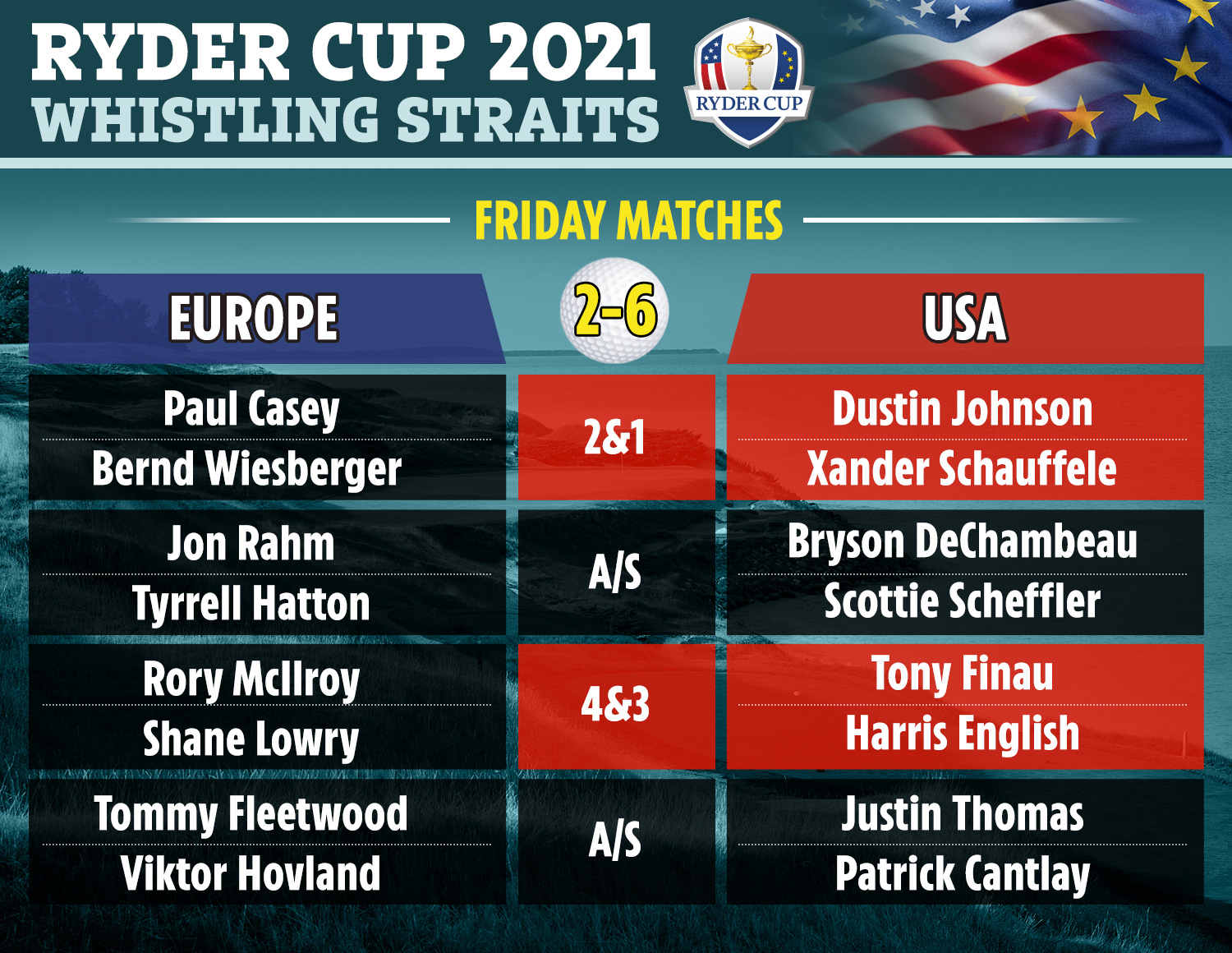 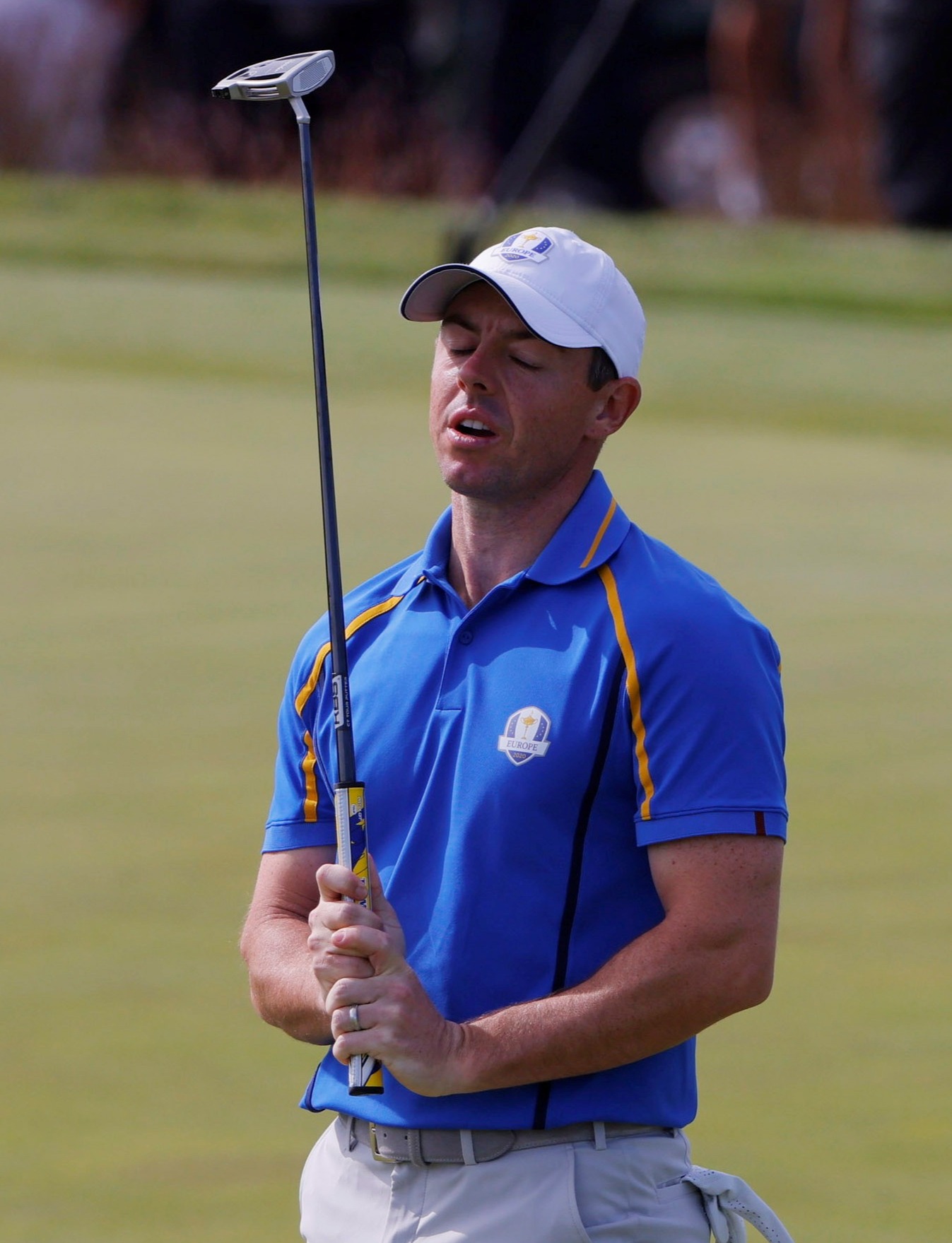 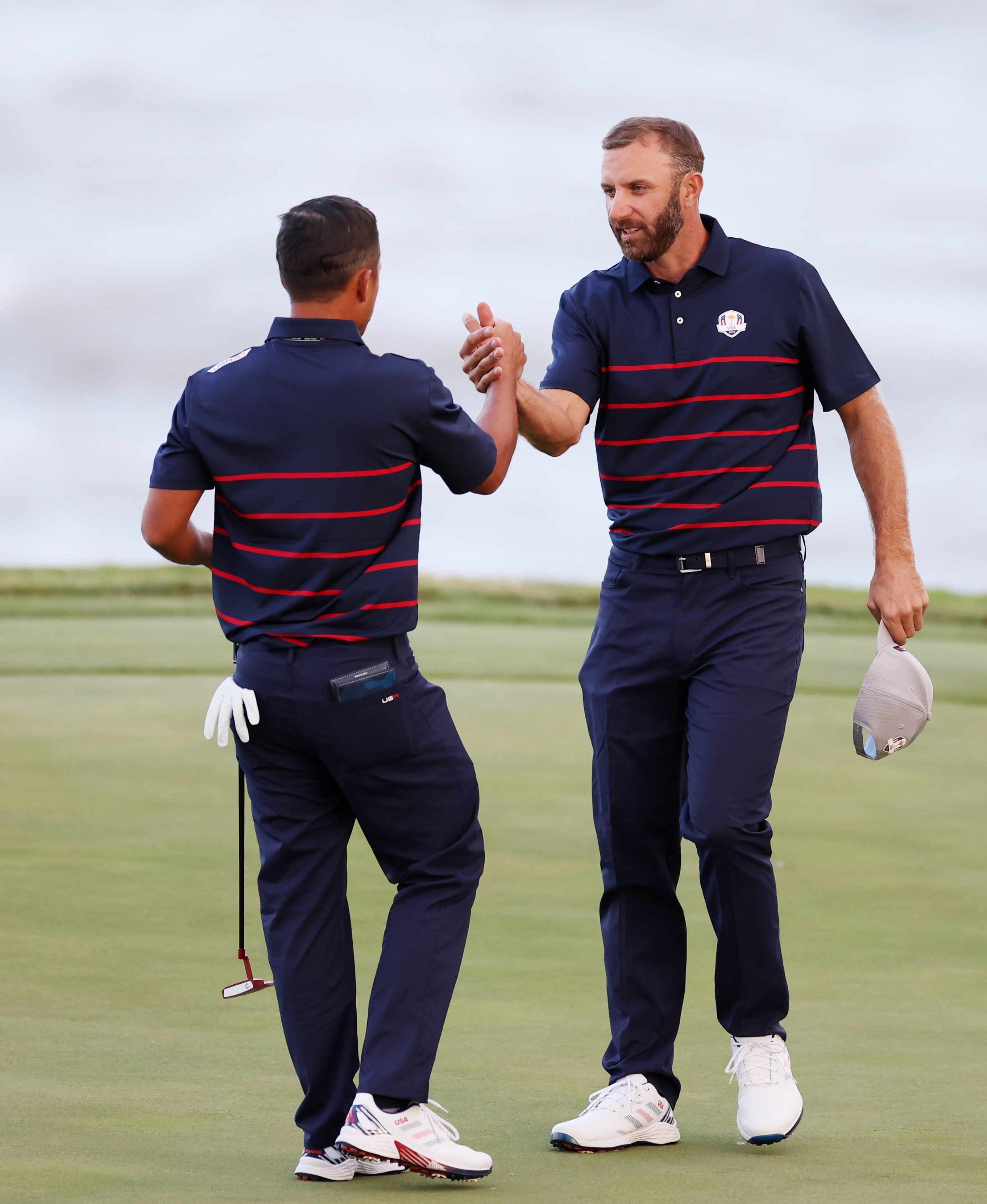 McIlroy lost both his matches in the same day for the first time with neither of them making it past the 15th green.

The four-time major champion has now been beaten in six of his last eight outings in European colours.

And after a bright start to his Ryder Cup career, he has now lost as many matches as he has won, with the score standing at eleven apiece.

McIlroy sounded a note of defiance as he switched to a new role as a cheerleader for his team-mates still battling away in the European cause, after the Americans had won five of the first six matches to finish.

Maybe repeating himself helped to make it seem more convincing – to him anyway.

But he will have a hard job convincing anyone else that this European team can become the first team to come back from such a daunting first day deficit.

It was not supposed to be one-sided, especially as most pundits claimed Europe’s best chance was if the winds picked up on this links-style course, creating the sort of conditions Harrington’s men are meant to thrive in.

Well, the wind whistled straight off Lake Michigan at a steady 20-25mph – with gusts reaching 32mph – and it was the visiting team who were being blown away.

With NBA legends Michael Jordan and Steph Curry among the 40,000 crowds cheering them on, it appeared at times that the hole looked as big as a basketball hoop to the home players – especially Tony Finau and Dustin Johnson, who holed putts from everywhere.

The one European ray of hope has been supplied by Rahm – hardly surprising as he has established as easily the No 1 player on the planet over the last year.

He followed up a win for the ages in the foursomes – where he and Sergio Garcia overcame American studs Justin Thomas and Jordan Spieth – by coaxing Hatton to an improbable half point against Bryson DeChambeau and Scottie Scheffler.

The Americans took the lead three times in the last ten holes but each time Rahm and Hatton fought back. 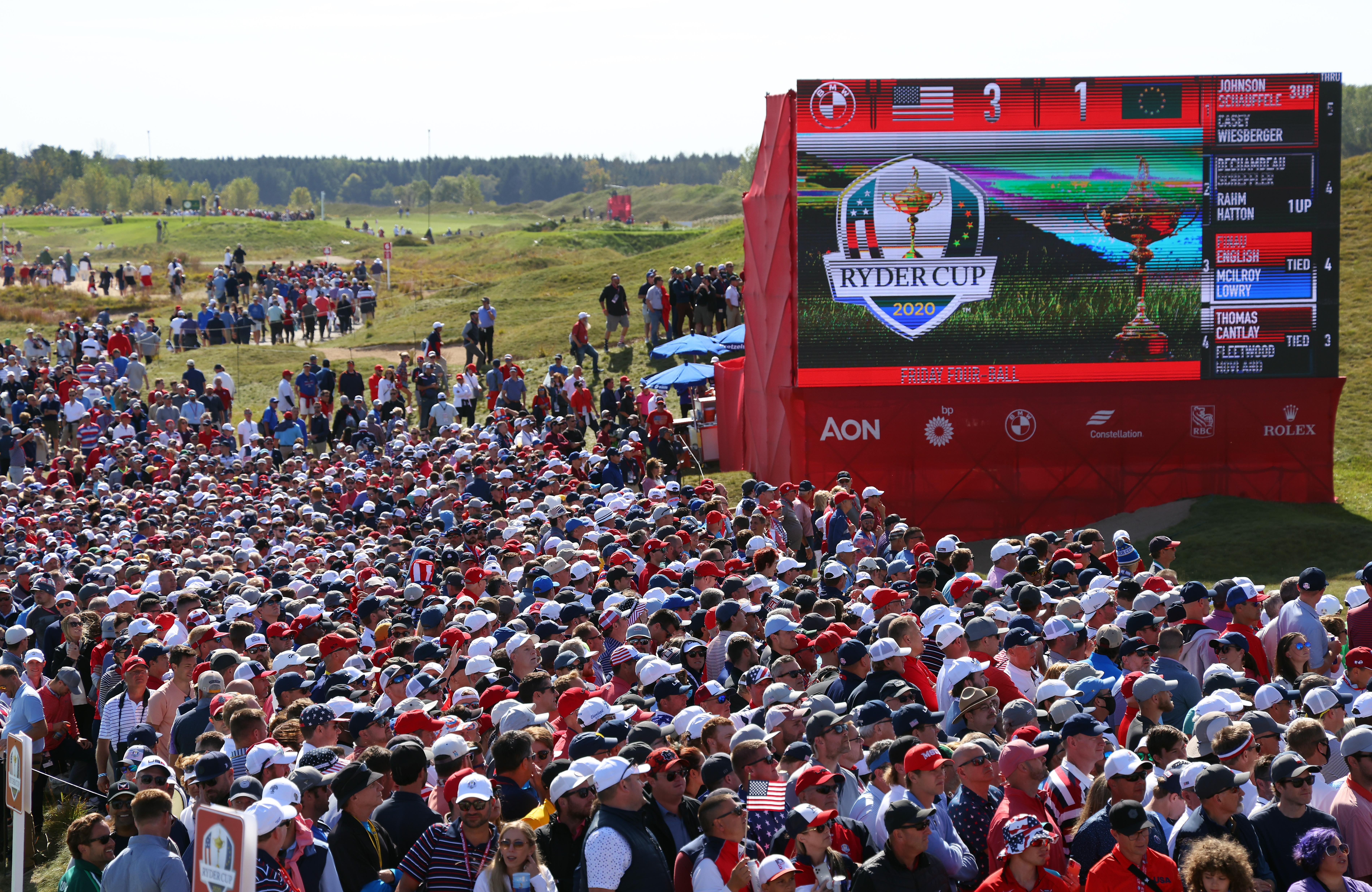 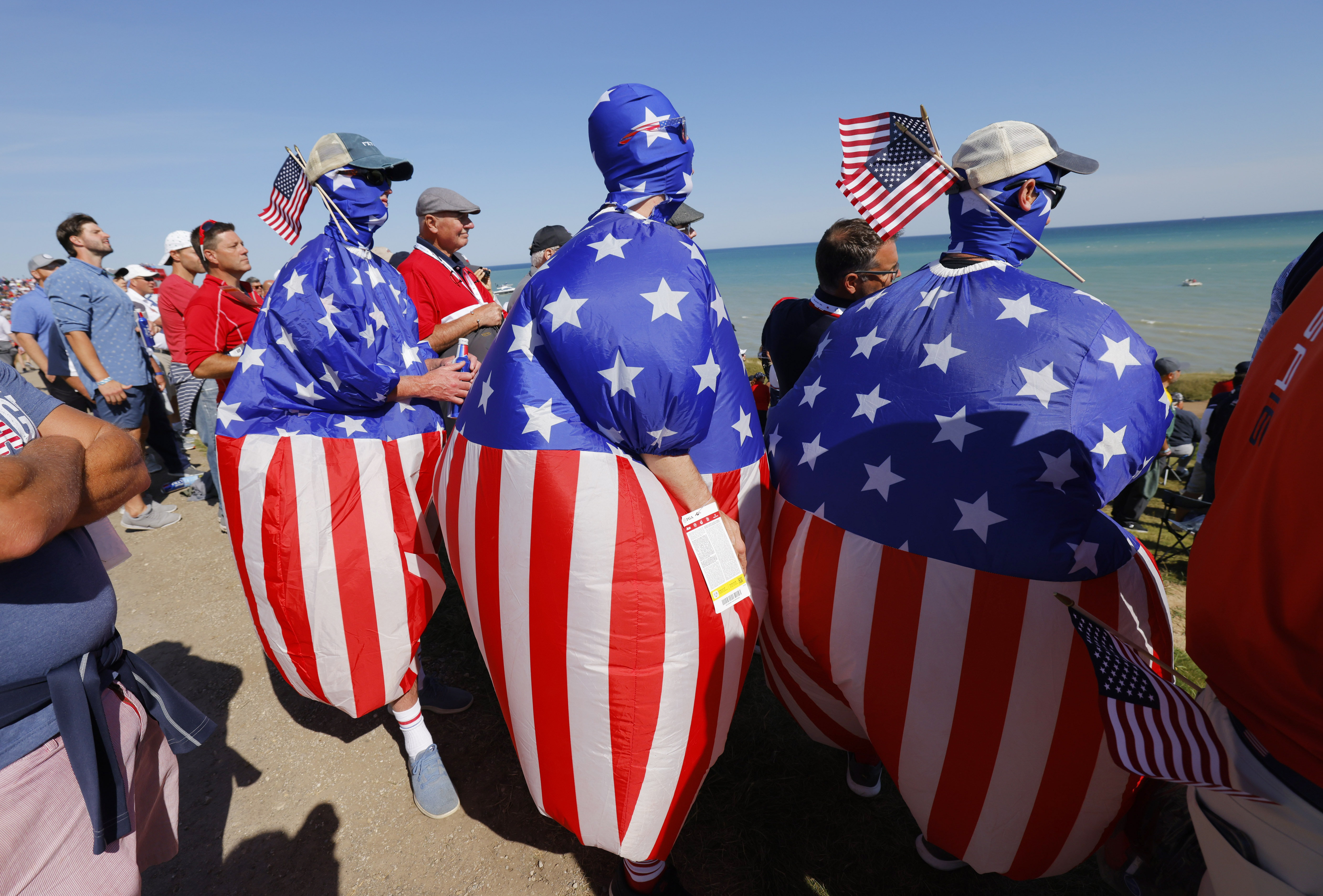 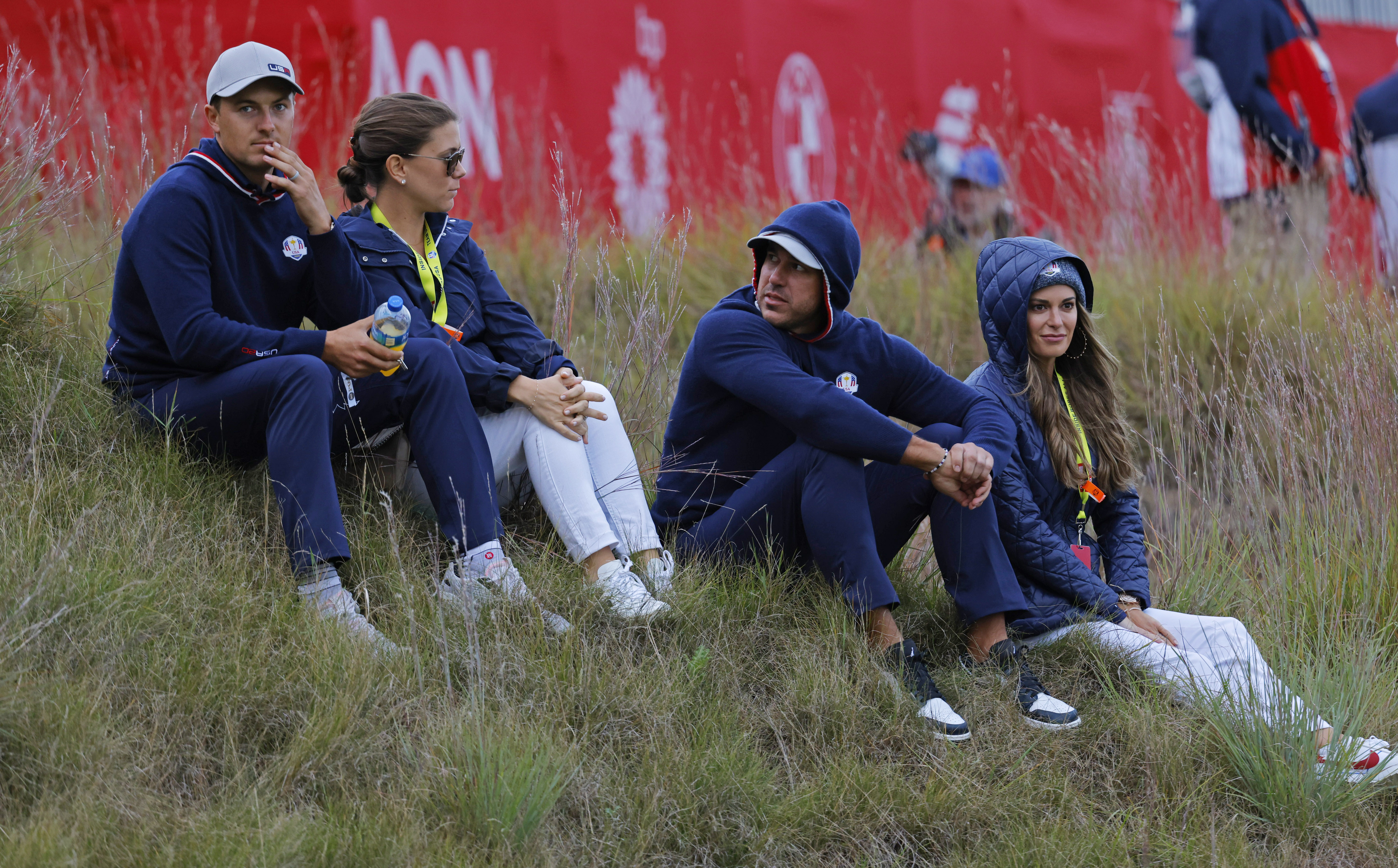 They saved the best for last, with Hatton making a brilliant birdie on the 510-yard 18th to ensure it finished all square.

But the history books tell you this was already a lost cause after the USA took the first session at Whistling Straits 3-1.

The Yanks have come out on top in the opening skirmishes on home soil on 13 previous occasions – and have gone on to lift the trophy every time.

If that record remains intact on Sunday night – and there is no Wizardry in Wisconsin to match the 2012 Miracle at Medinah – the very first match on the course could well prove to be the highlight of the week for Harrington’s team.

And what a match it was!

Close your eyes, and you could almost imagine we had gone back in time, to the days when Seve Ballesteros and Jose Maria Olazabal were handing out regular beatings to American opponents.

The excited chatter in Spanish, the fist slaps, and the yells of ‘Ola’ were all back – and so were the winning birdies.

But this was another dynamic duo from Spain, Rahm and Garcia, the highest points scorer in Ryder Cup history.

They were up against two other men who have held the world No 1 spot, in Thomas and Spieth. They also won three of their four matches together in Paris, while their team-mates were struggling to land a blow.

All four players are Major champions – and boy, did this one live up to its billing as the most highly powered opening match the 94-year-old trans-Atlantic shootout has ever witnessed.

It was simply sensational from start to finish, and it deserves a place on any Ryder Cup highlights reel, even though it confirmed a 3&1 defeat for the American duo.

So first blood to Rahmbo, and his brother in arms.

But that was as good as it got for Europe, their only victory from the first eight matches.