Violence breaks out near full-time in West Ham’s Europa Conference League victory over Anderlecht at the London Stadium, as flares and plastic chairs are thrown into the home crowd by away fans and a ‘riot police officer is injured’

Police were forced to intervene at the London Stadium on Thursday night after violence broke out during West Ham’s Europa Conference League Clash with Anderlecht.

Rows of officers stood between fans of the two clubs as they fought in the stands.

The violence is thought to have started with the Anderlecht fans, who ripped out seats to be used at missiles during the game.

Flares were seen blazing on the terraces among the away fans, and at least one was thrown from one group of fans into another.

One flare ended up on the pitch, and the game was briefly halted by an invader who took the ball from West Ham keeper Alphonse Areola.

There were injuries among the police, as one riot officer was hit over the head with a chair while another sustained an arm injury from Anderlecht fans. 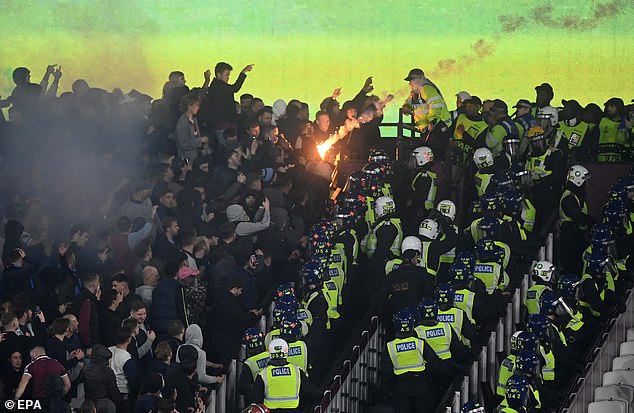 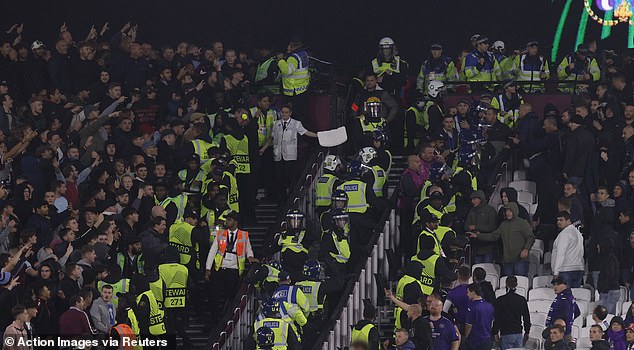 West Ham won the game 2-1, but the victory will likely be overshadowed by the scenes in the stands.

The visiting fans appeared to become especially boistrous after they converted a penalty in the closing minutes of the tie.

Anderlecht’s fans were then kept behind after the game,  a decision apparently made for their safety.

The Belgian club has condemned from the violence in London. A spokesperson said: ‘We do not tolerate that behaviour in our stadium or away and we will take it up with the fans and UEFA. We apologise to West Ham.’ 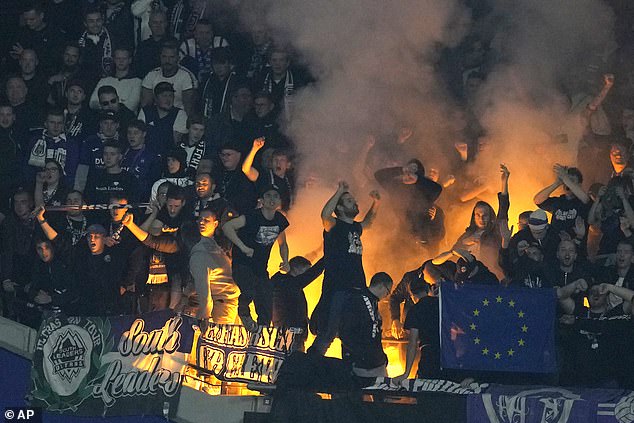 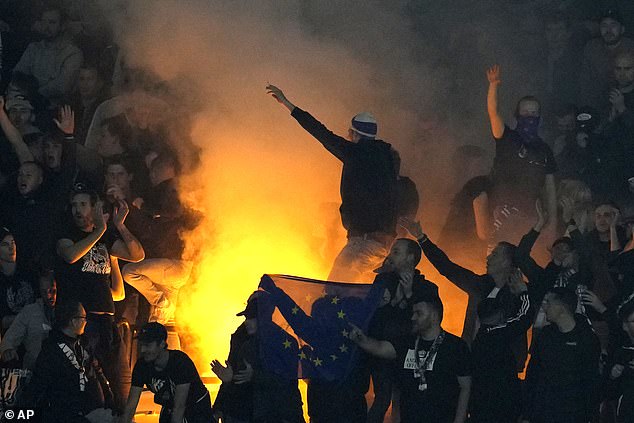