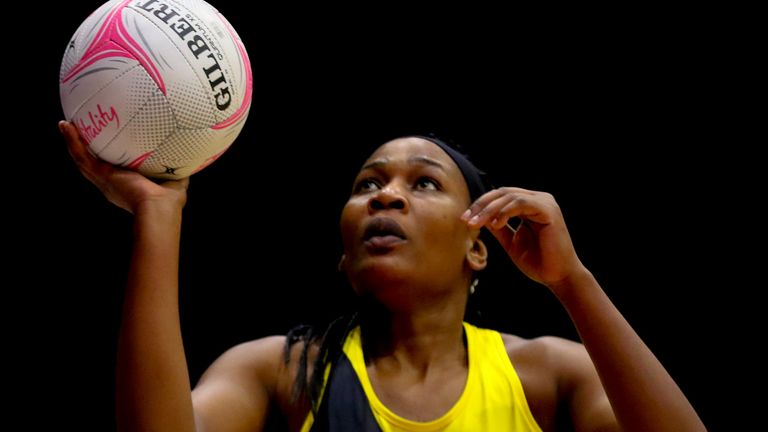 Manchester Thunder’s 64-37 victory over Strathclyde Sirens puts the pressure on Loughborough Lightning and Team Bath Netball, as the race for top spot in the Vitality Netball Superleague continues.

Karen Greig’s outfit have done all that they can to try and secure first position, and their ruthless 48-minute performance was yet another indication that they have moved into a higher gear at exactly the right time.

Thunder must now watch the contest between Lightning and Bath on Monday night, in order to discover their final placing in the standings and therefore, their semi-final opponent.

Lightning and Bath will be second on court at the Copper Box Arena, after Surrey Storm and Wasps have duelled for the Tom Reseigh Trophy, live on Sky Sports Mix from 5pm.

Manchester Thunder enjoyed the perfect preparation for their semi-final next weekend, as an impressive four-quarter performance helped them to dismiss Strathclyde Sirens.

After beating Lightning 60-46 in Round 19, Greig’s team notched up another high tally of goals, against a team that has been one of the shining lights of the 2021 season.

Sirens’ year has been exceptional, but they were pushed off their stride in the early stages against Thunder, and they never recovered. For 48 minutes, Thunder were rock solid and their performance was driven by all-court defence. Every player from GK to GS created turnovers, and almost all of them were converted by Eleanor Cardwell and Joyce Mvula.

With a 31-15 lead at the midway point, Thunder accelerated again during the second half. They didn’t give Sirens a moment to think and instead added a further 33 goals to their tally.

In the final 12 minutes, Greig took the opportunity to have a look at Amy Carter in the WA position and as the turnovers continued to arrive, Thunder finished as strongly as they had started.

“I’m really pleased with that performance, it was all about focusing on ourselves and making sure that we had a performance that we were proud of going into next week,” Greig said to Sky Sports after.

“One thing that alluded us earlier in the season was that ability to keep pushing on when we did get turnovers, and I think over the last two rounds, we’ve seen that happen. I’m really pleased.” 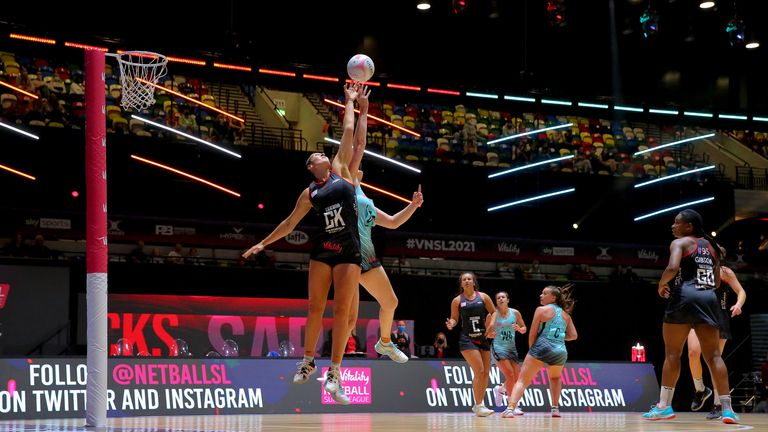 Saracens Mavericks overcame a slow start against Surrey Storm to ensure that Jo Trip completed her career on a victorious note.

Throughout the contest, Trip had gone toe-to-toe with another athlete who will be retiring from netball on Monday, Karyn Bailey. The two players’ duel was an outstanding one and a great part of the 48-minute match.

“It’s been a big decision as you can imagine, and an emotional one, because that’s how I am,” Trip said to Sky Sports, after Mavericks’ 48-35 win.

“When you’ve done it for 12 years, I look at my life and think there are other things I want to explore and aspire to do now. This year has been particularly tough on a lot of people and it’s my time to leave.

“I still playing decent netball, which is probably why a lot of people have been shocked by my decision, but the time is right for me.

No matter what team they have played for, both women have had phenomenal careers and showed the calibre of players they are in today’s match#BeAMaverick❤️🖤

“In the last few years, I’ve been focusing on the youth coming through and seeing their messages to me on Saturday, I think I’ve done my job. Helping the next generation was always my goal, so I’m really proud of that.”

Early on, Mavericks find themselves in trouble as Storm came out of the blocks quickly.

With Mikki Austin leading Storm’s work in mid-court and Bailey shooting 12 from 12, the Surrey side looked confident and composed. In contrast, Mavericks just weren’t able to find any form of rhythm.

At the first pause, Kat Ratnapala switched Kadeen Corbin and Ine-Mari Venter back into the more familiar formation of Corbin at GA and Venter at GS, and ultimately, that sparked their revival.

Throughout the second and third quarters, Mavericks found their flow going forwards and that meant they were able to reward the hard work of Jodie Gibson and Trip.

At the same time, Storm just lost a little bit of confidence and after being 34-31 down at three-quarter time, a few errors crept into their game in the early stages of the fourth quarter.

Mavericks punished those errors and from there, Ratnapala’s team never looked back.

Sky Sports is your home of netball. The Vitality Netball Superleague continues on Monday, with two matches live on Sky Sports Mix and streamed on the Sky Sports YouTube channel from 5pm.