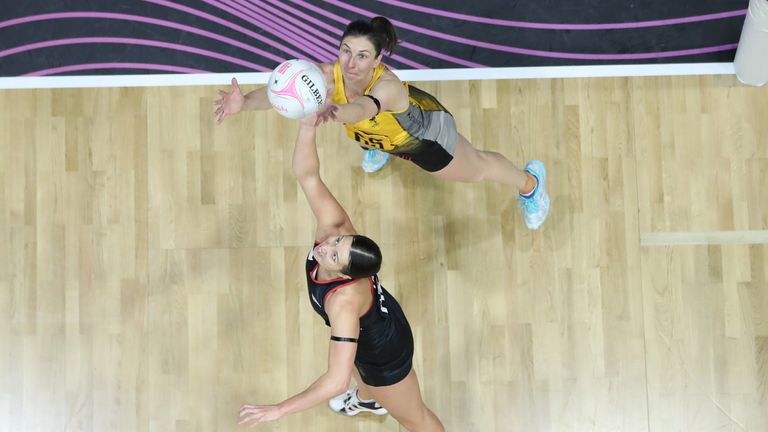 Wasps snatched victory out of Saracens Mavericks’ grasp, while Manchester Thunder secured the derby spoils against Leeds Rhinos at Studio 001 on Monday night.

After 11 full rounds, the two matches provided a fitting finale to the Vitality Netball Superleague’s time in Wakefield. When action resumes on April 25, it will be in the competition’s new home, as the second half of the season is being played at London’s Copper Box Arena.

If you did miss any of the contests during Rounds 10 and 11, or during the season as a whole, then every contest is available to watch in full at the Sky Sports YouTube channel. 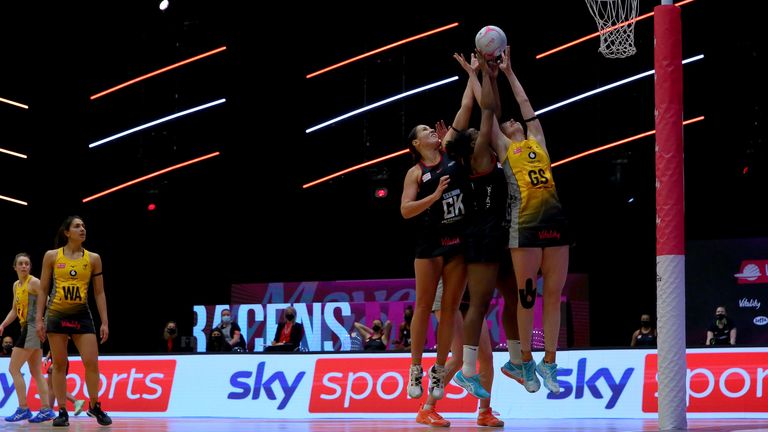 Wasps produced a game-changing final quarter to maintain their 100 per cent record over Saracens Mavericks in the Vitality Netball Superleague.

The 38-34 result came after Mel Mansfield’s team had trailed for the majority of the match, and had been three goals down at three-quarter time.

After the final pause, they finally found the level that they had been looking for, whilst Mavericks were disrupted by a forced change due to Ine-Mari Venter suffering from a nosebleed.

Saracens Mavericks went into this encounter knowing that they had never beaten Wasps but they attacked the first half superbly and it looked as if their time had come.

Mavericks went hard in defence, as Gabriella Marshall hustled brilliantly at WD and Jodie Gibson also picked off ball. In attack, they were patient and composed; with Venter and Kadeen Corbin looking comfortable together at GA and GS.

It just wasn't meant to be for us tonight, with too many errors and not enough consistency.

Congratulations @GabsLMarshall on being named Player of the Match pic.twitter.com/ORjN1LnjMm

Wasps kept Mavericks in their sights though, and head coach Mansfield reacted early in terms of her personnel changes. In the first quarter, she decided to move Amy Flanagan back to WD and introduced Iona Christian at Centre.

It was a call that would prove to be inspired, as Flanagan settled in their defensive unit and Christian worked hard in both attack and defence.

After being behind by four at the half-time break, Wasps moved up a gear in the third quarter. They brought the match back to within a goal, before Mavericks used the final minutes to restore a three-goal cushion.

While Wasps kept their line-up the same for the last 12 minutes, Mavericks had to introduce Britney Clarke at shooter and shift Corbin out to GA, due to Venter’s injury. 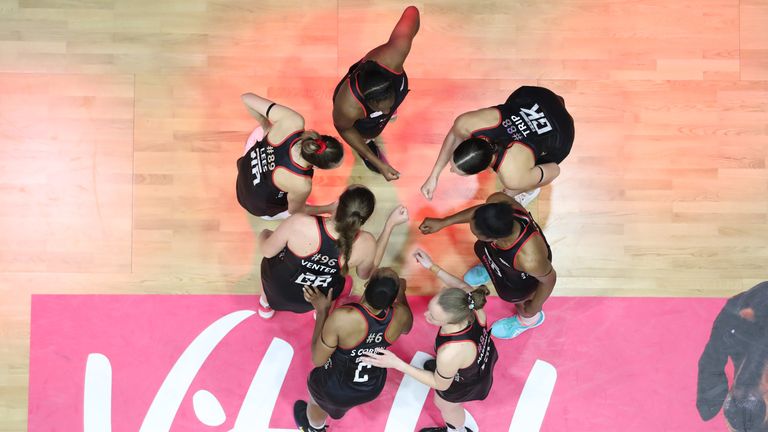 The change seemed to burst their bubble and take them out of their comfort zone. In contrast, Wasps stayed cool in attack and increased their defensive pressure again through-court.

After the two-time champions had restored parity, they then kept their foot on the gas to snatch victory out of Mavericks’ grasp.

Thunder turn the screw in the second quarter

In the final game of the night, Manchester Thunder overcame their rivals Leeds Rhinos Netball 66-47 to notch up their ninth win of the season.

Karen Greig’s outfit took the game away from Rhinos during the second quarter, when Kerry Almond and Rebekah Airey stepped up in defence, and they showed no mercy during a forceful second half.

For Rhinos, although the defeat will hurt, a positive for Dan Ryan was the fact that he was able to field a full squad for the first time since Round Two.

The first quarter highlighted the intensity of the rivalry between them, because despite no fans being present in Wakefield, the noise was ear-splitting. The 14 players on court and their respective benches were bellowing instructions at each other, as each aimed to edge ahead first.

Throughout the opening 12 minutes, both teams showed fluidity in attack, and both shooters – Joyce Mvula and Donnell Wallam – highlighted their exceptional elevation and handling skills.

With Wallam taking all of Rhinos’ shots, Thunder tightened up defensively after the pause, and the work of Almond and Airey restricted the route into the Australian shooter.

Thunder coupled their defenders’ work with a rapid transition through to goal, and that produced their 10-goal half-time lead.

With their formulae working, and Rhinos not quite looking on their game, the 2019 champions put their foot to the floor in the third quarter and enhanced their lead to 20 goals at three-quarter time.

A positive for Dan Ryan was the re-introduction of Fi Toner after her Achilles injury and that the final quarter stayed tight. However, afterwards he said that Rhinos had been “outplayed in all areas of the court” and that they were better than their performance on the night showed.

Sky Sports is your home of netball. The Vitality Netball Superleague continues on April 25 with Round 12 and four matches back-to-back streamed live on the Sky Sports YouTube channel from 12pm.