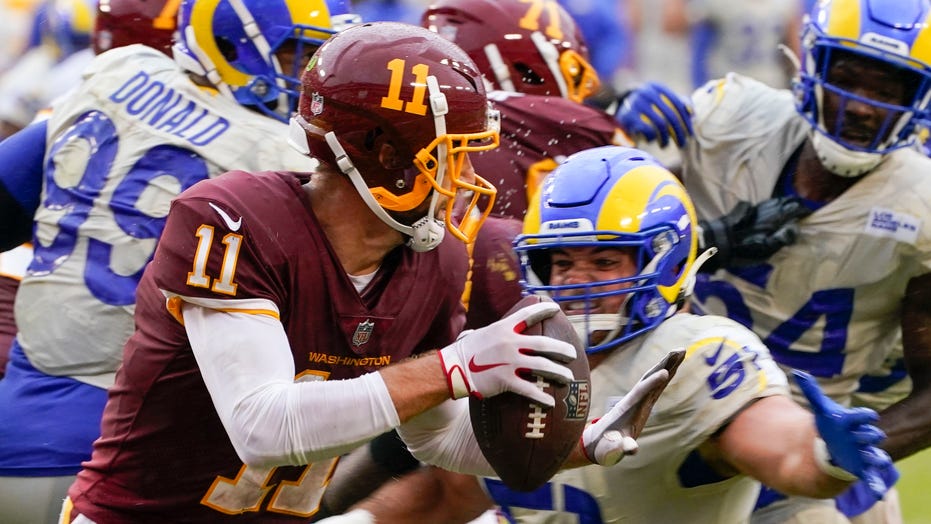 On the day that Washington’s Alex Smith returned to the field nearly two years after suffering a life-threatening leg injury, Dallas Cowboys quarterback Dak Prescott was carted off the field with his own season-ending injury.

Prescott underwent surgery late Sunday night to repair a right ankle compound fracture and dislocation he suffered after getting tackled by New York Giants defensive back Logan Ryan. At the same time, Smith made his return to football 693 days after he broke his right tibia and fibula.

“I feel like I’ve become a little bit of an expert with the lower leg, so I knew it looked like his ankle immediately,” Smith said on NBC Sports’ “The Dan Patrick Show.” “I’ve been thinking about him a lot. I’ve checked up on him through our mutual friends to see how he’s doing.”

Unlike Smith who underwent a complex and lengthy recovery that included 17 different surgeries and a potentially life-threatening infection, Prescott had a successful surgery Sunday night and Dallas owner Jerry Jones has said he expects the two-time Pro Bowler to make a return sometime in the spring.

Smith said he wanted to reach out but didn’t want his experience to worry Prescott into thinking he was facing similar complications.

“I thought a lot about shooting him a text, but part of me also didn’t want to scare the hell out of him by shooting him a text and getting him thinking he might be headed down this road. I’ll let the infection risk kind of get out of the way and hopefully reach out here soon.”

Smith was cleared to practice in August and became the backup when head coach Ron Rivera benched Dwayne Haskins and demoted the 2019 first-round pick to third on the depth chart.

His first contact against the Rams was a sack by Aaron Donald. Smith got up and jogged off the field. He completed 9 of 17 passes for 37 yards in Washington’s 30-10 loss to the Los Angeles Rams.