A BASEBALL fan almost dropped his baby as he caught a ball in the stands – but ended up holding on to both and his beer.

Amazing footage shows new dad at an Arizona Diamondbacks baseball game holding his young child in one hand and a beer in the other. 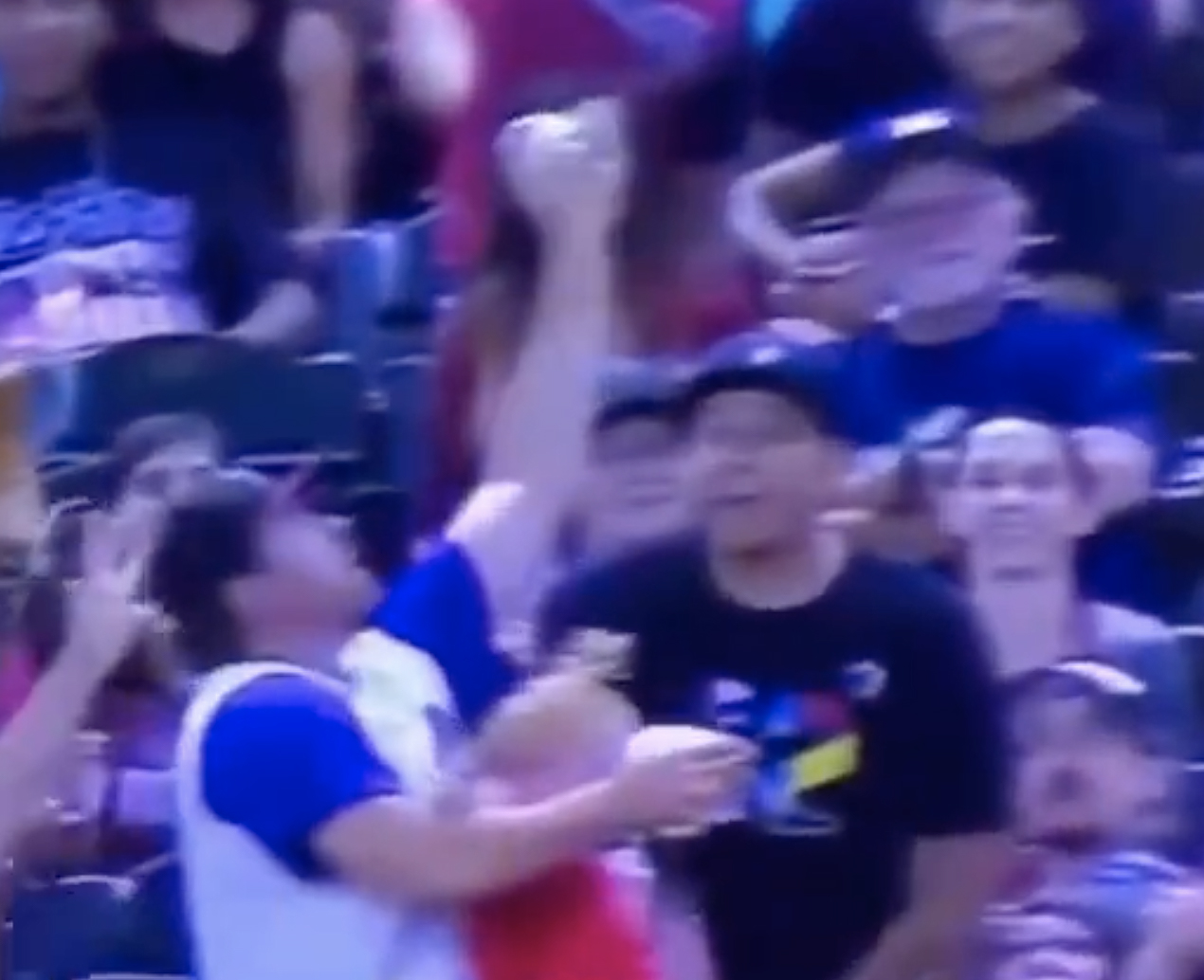 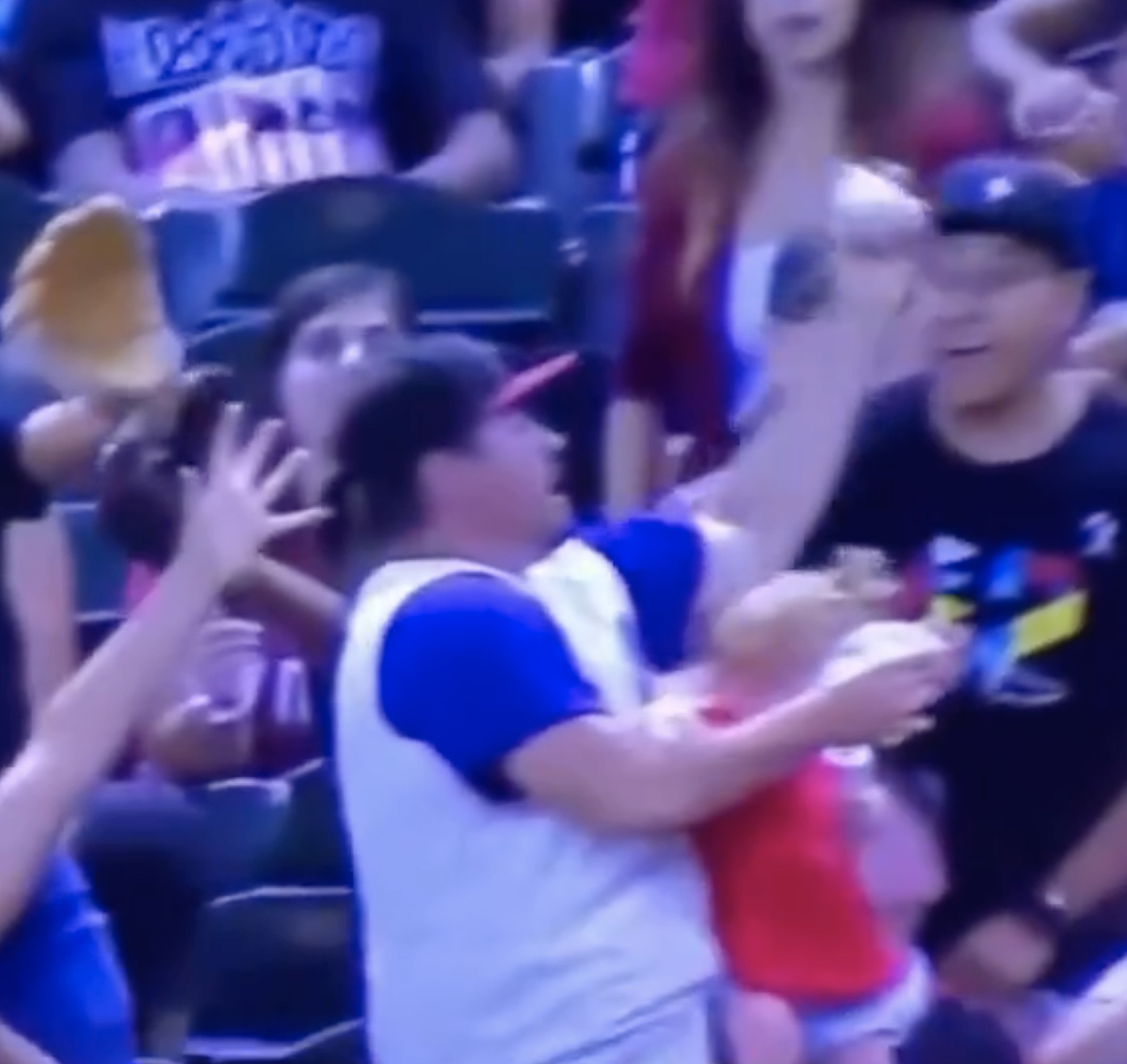 When a ball flew off the diamond and towards his area of the crowd, he had a change in priorities.

The agile father reached into the air and grabbed the baseball in his left hand as his baby started to slip.

In a stunning display of multitasking, he caught the baby in midair with his arm and somehow held onto his beer as well.

The triumphant baseball fan clutched his child and the ball in his left hand and held up his cup in his right.

Onlookers were clearly shocked at what they saw from the fan.

Baseball parks across America were packed on Sunday as the country celebrated 4th of July.

Sadly for the Phoenix faithful who witness this amazing incident, their side were beaten at home.

San Francisco Giants ran out 6-5 winners to improve their record to 52-30 this season. 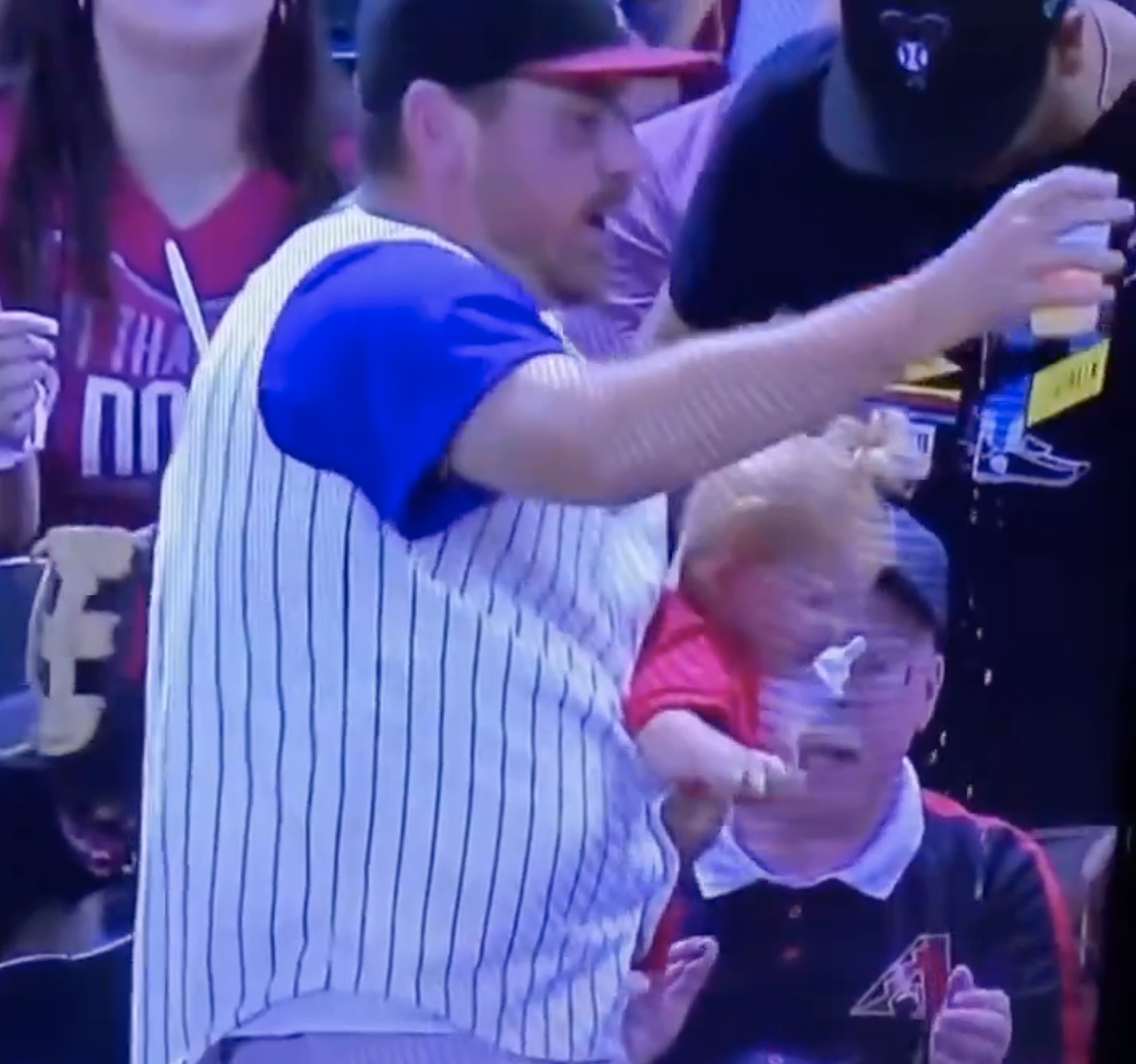 Arizona, meanwhile, have the worst record in the league at 23 wins and 63 losses.

They could soon call on the multi-tasking fan who can catch everything in a bid to turn their season around.