FOND FISHER Conor McGregor caught a SHARK near his home in Miami, and posed for a photo before hurling it back in the sea and urging his fans to 'protect the ocean'.

The Irishman posted two photos posing with a shark on Twitter with the caption: "Caught a shark from my back garden today in Miami." 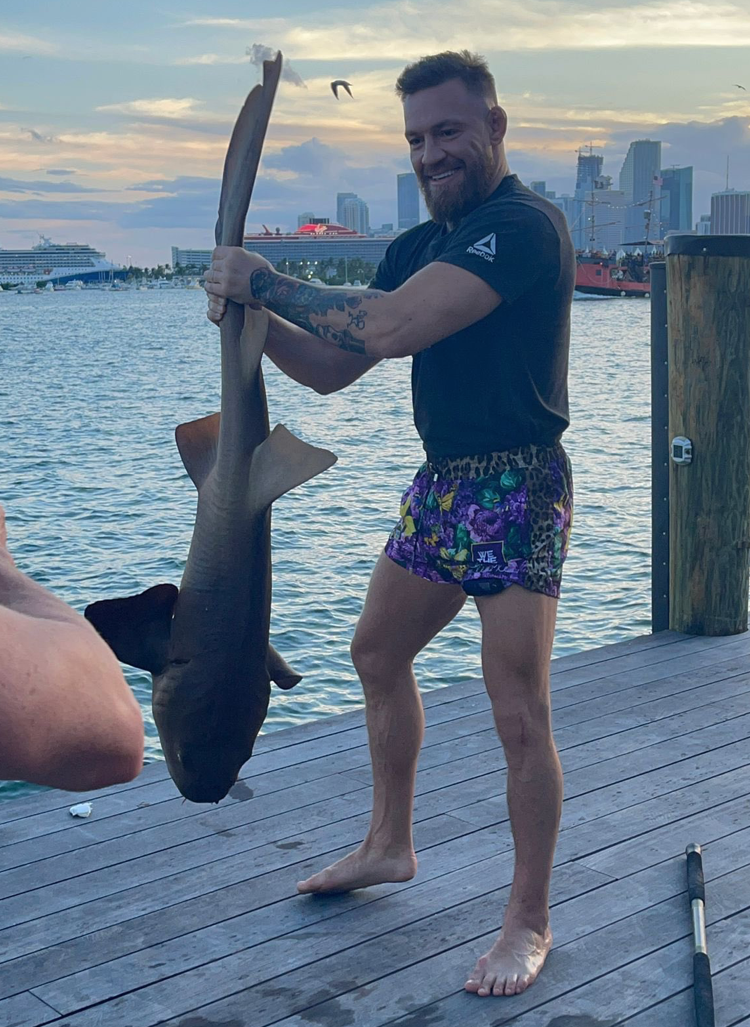 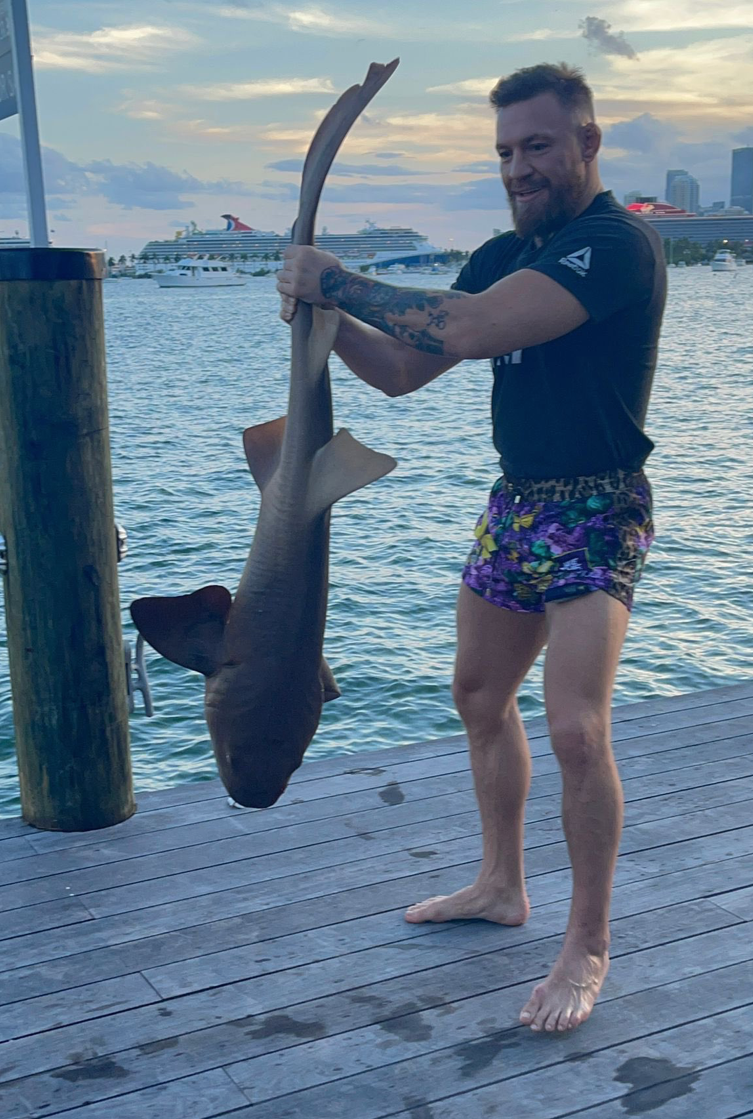 Some didn't take too kindly to McGregor hauling a shark out of the ocean and urged the 33-year-old to 'put it back'.

McGregor then shared a video of him throwing the shark back into the ocean, to ease his fans' fears.

He said: "Back in you go my little ocean critter. Protect the ocean. Fish responsibly."

Despite calling for people to 'fish responsibly', some critiqued the way McGregor threw the shark back into the ocean.

One Twitter user responded: "You could av just put it back rather Than chucking it."

One responded to a complaint saying: "How EXACTLY did you want him to throw the shark back into the water…?"

The former two division UFC world champion is on the road to recovery after breaking his left tibia and fibula at UFC 264 against Dustin Poirier.

And he's unlikely to return to the octagon before the new year.

McGregor has previously called fishing 'f***ing tremendous', but it's not the only sport he's got himself involved in recently.

But it went horribly wrong for the Irishman as he missed the receiver by a country mile, so much so the ball nearly hit a fan in the crowd.