AN Elite Fighters event in Poland descended into farce over the weekend, when a 3v1 bout produced an unsurprisingly quick finish.

A fighter known as 'Kung Fu Panda' took to the cage against three Polish hopefuls. 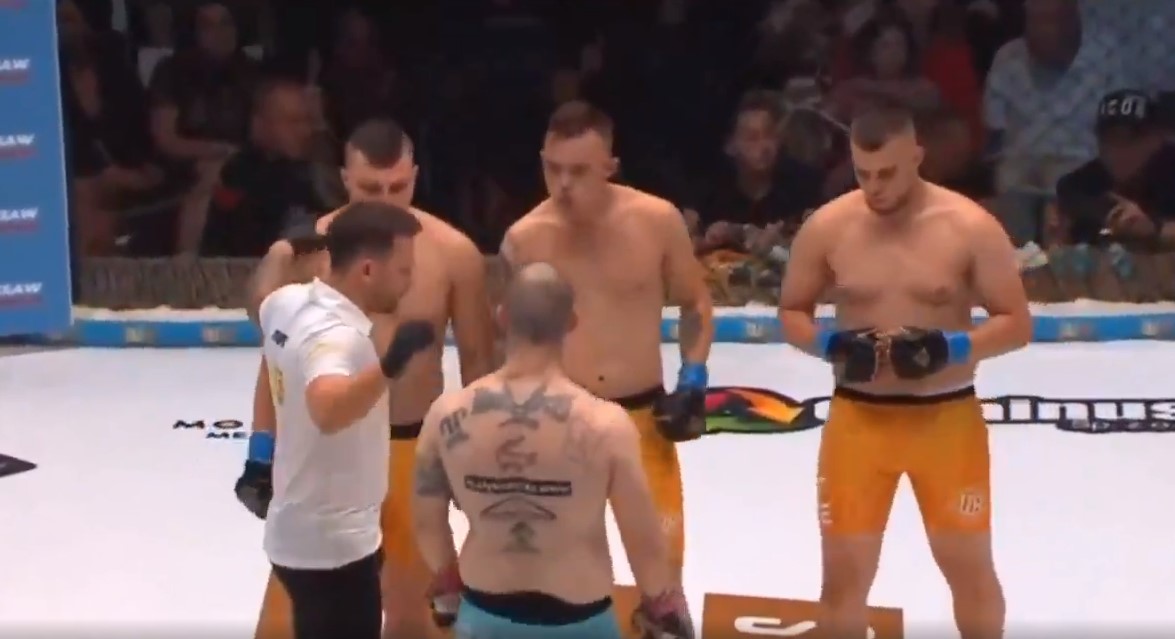 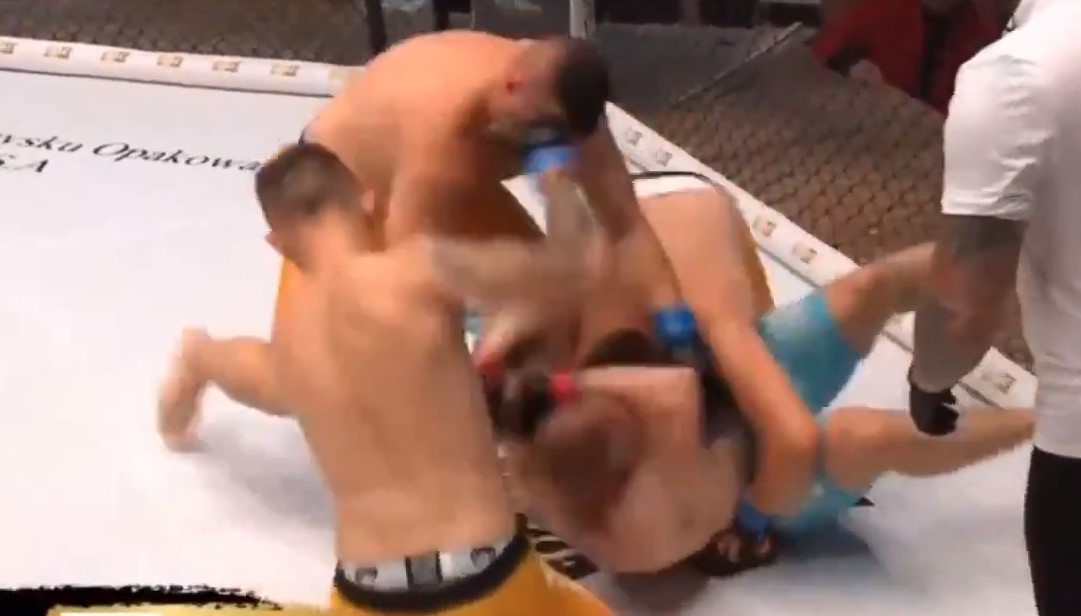 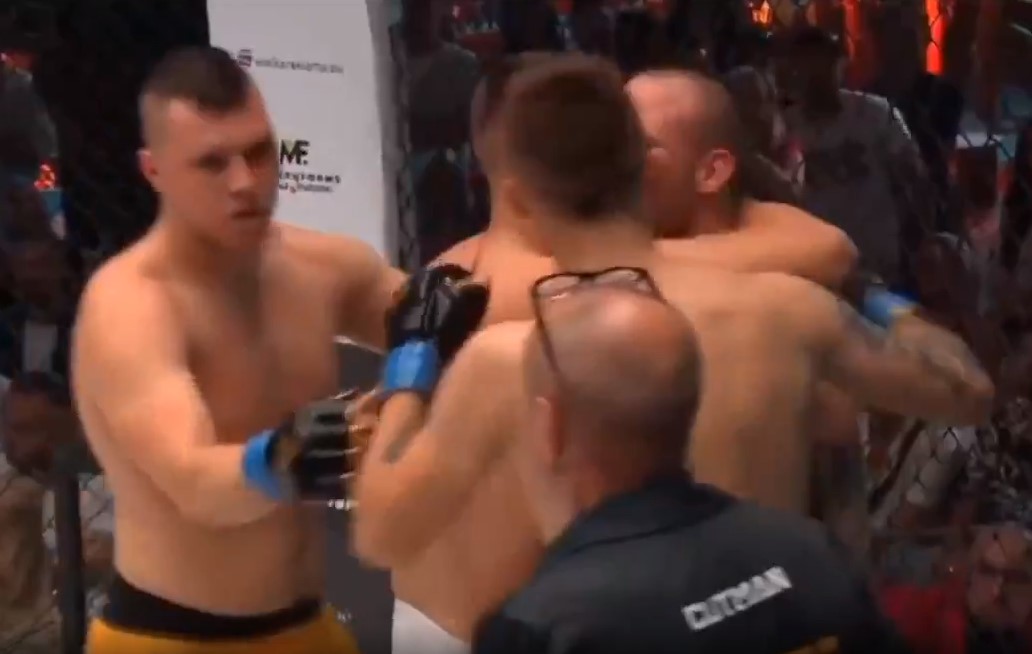 The referee lined up the four fighters to touch gloves in surreal scenes before the fight.

And things didn't take long to get ugly.

Panda was quickly taken down, with one of his trio of opponents holding him there.

The other two proceeded to batter him relentlessly.

Helpless, the referee tried to let the fight go on.

But in just a few seconds it became obvious that Kung Fu Panda was finished.

The ref waved off the fight, and Panda's conquerors were quick to make sure their foe was okay.

Thankfully the strange event ended in hugs, with Kung Fu Panda even abile to raise a smile after his quick beating.

Fans online were shocked by the bizarre bout.

But one thought Dana White could take a leaf out of their book.

He wrote: "UFC should do this but with Cejudo, Figueiredo and Benavidez against Francis."

Another joked: "Next time just pick 3 drunks from the crowd."

A third added: "It’s like a gang initiation welcome to the ufc haha."