ALEKSANDR MITROVIC had to be held back by his Fulham team-mates after losing his coolin a FRIENDLY.

The striker, 27, scored twice in a 3-1 win over Estoril but his performance was overshadowed by a moment of madness. 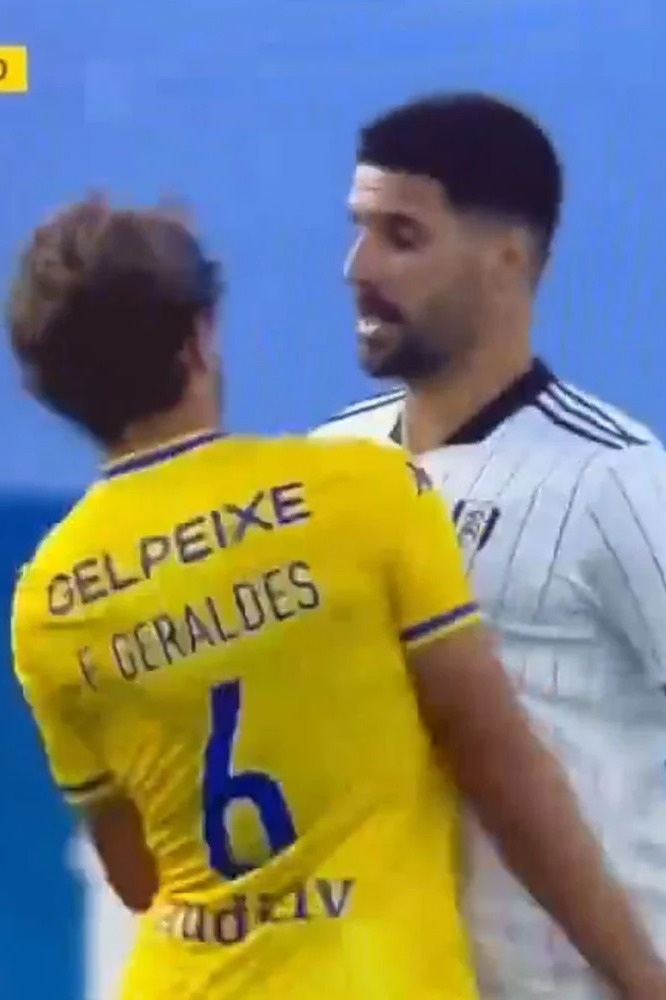 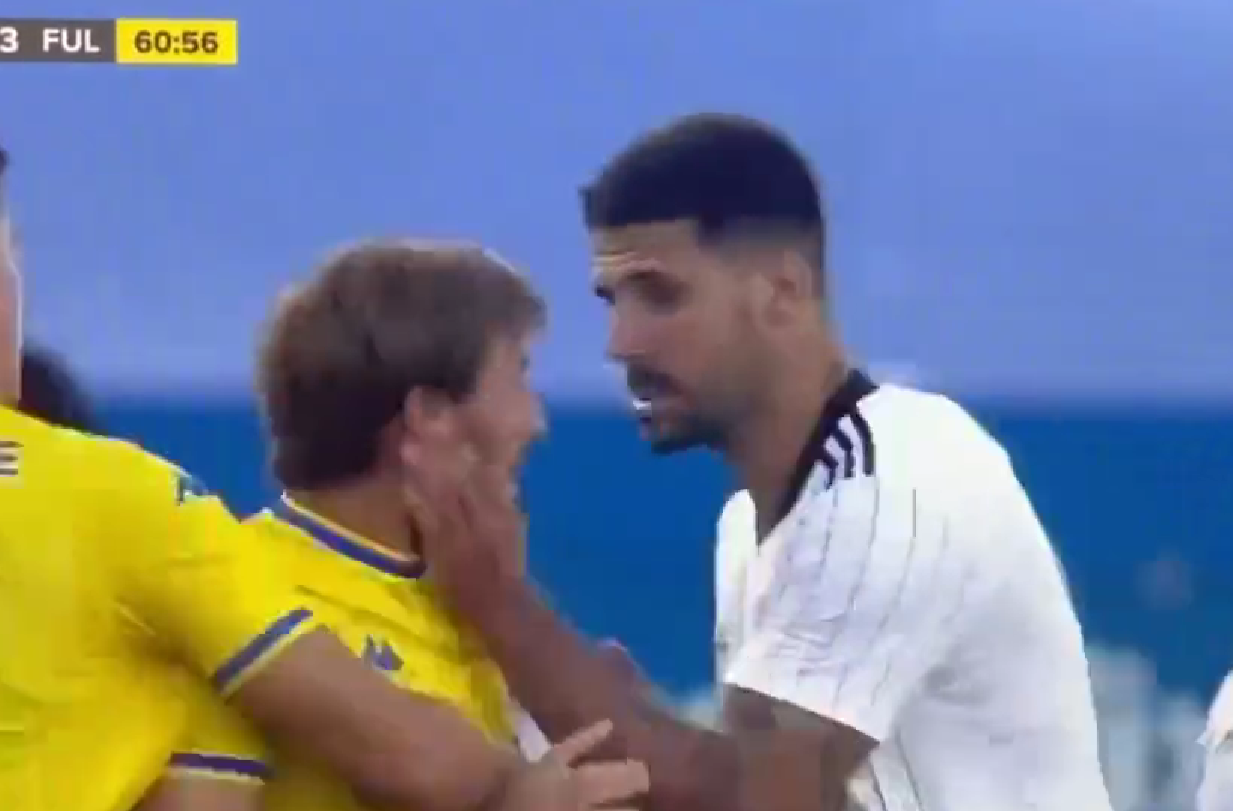 Mitrovic was angered by opponent Francisco Geraldes in an off the ball incident missed by cameras.

But instead of letting it go the Serb barged into the defender, sparking a fierce coming together.

Mitrovic started throwing his weight around, barging into Geraldes and pushing him backwards.

The Fulham star then raised his hand to Geraldes' throat before being held back by team-mate Harrison Reed. 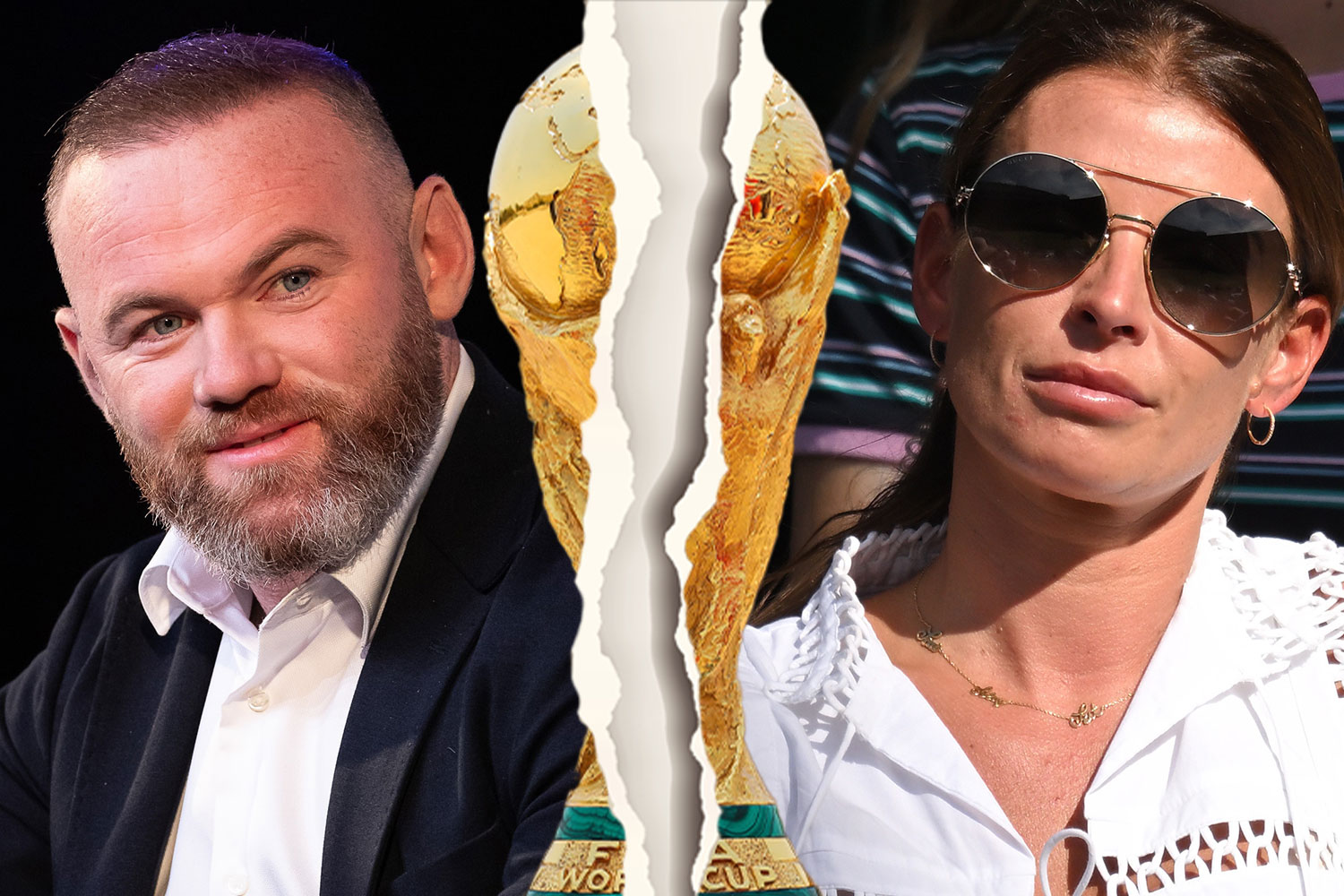 It is not the first time Mitrovic has been involved in an altercation on the pitch but this incident certainly went against spirit of the match being a friendly.

In a game in 2020 Mitrovic landed a big elbow on the jaw of then-Leeds defender Ben White, leaving him in a heap on the floor just 90 seconds into a match.

He was also involved in a fight with former Fulham team-mate Aboubakar Kamara during a team Yoga lesson in 2019.

Marco Silva will hope Mitrovic has got rid of his aggression before the opening game of the Premier League season, which is less than two weeks away.

GOT THE RON IDEA

The forward, who scored 43 league goals last season, is key to Fulham's survival hopes and cannot afford to miss games through suspension.

The Cottagers are chasing another striker this summer to support Mitrovic and – should they bring someone in – will allow Rodrigo Muniz to leave on loan to Middlesbrough.