REFEREE Michael Oliver has come under severe criticism after sending off Mats Hummels against Ajax in the Champions League.

Hummels, 32, slid in on Anthony but the winger cleverly manoeuvred the ball to evade the German, before being taken out. 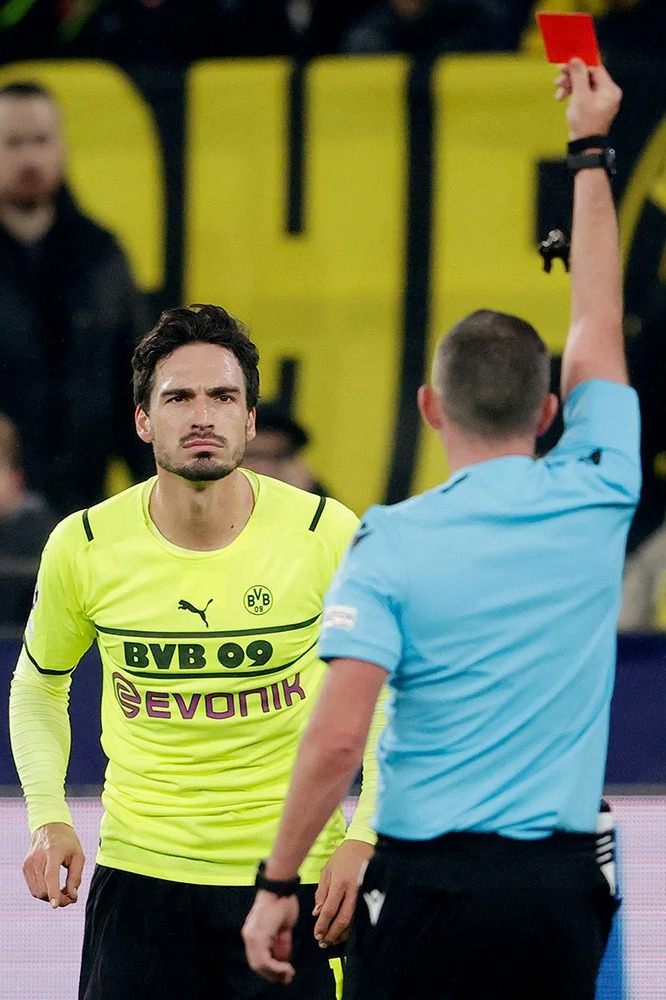 It was an innocuous challenge from the defender with little contact made, and if anything it seemed as though Anthony stepped on Hummels.

But Anthony overreacted and rolled around on the ground, making a meal of the challenge and Oliver was convinced.

He dished out the red card, much to the dismay of Hummels and his team-mates.

Dortmund's Twitter account reacted by posting a number of question marks – as if they could not believe what they were seeing.

But Oliver, who consulted VAR Stuart Atwell, was certain in his decision-making, and Dortmund were reduced to ten men.

That may be because Atwell did not inform his colleague to watch the replay of the incident on the pitch-side monitor.

If he had, surely slow motion would have revealed Hummels' challenge did not warrant a dismissal.

Many fans were shocked by Oliver's decision to produce the red card and shared their reactions on social media.

"If anything, Antony stepped on him and not reversing that after a replay and VAR look is an awful decision."

Another added: "That's never a red card for Mats Hummels by the way, huge mistake by Michael Oliver and his VAR team. It's actually unbelievable."

A third said: "How, with VAR, can this possibly stand as a straight red card for Hummels?

"One of the worst officiating decisions in recent memory. You’ll never guess the nationality of the referee."

Despite the setback, which occurred in the 29th minute, Dortmund took the lead before half-time through Marco Reus' penalty.

But Ajax, who beat Dortmund 4-0 two weeks ago, struck three times late on to secure a 3-1 win.

Dusan Tadic, Sebastien Haller and Davy Klassen all got on the scoresheet as the Dutch side made it four wins from four in the Champions League.