ATLETICO MADRID star Yannick Carrasco triggered a mass brawl after kicking out at Feyenoord's Orkun Kokcu during a pre-season friendly.

The 27-year-old Belgian was screamed at by boss Diego Simeone after being shown a red card four minutes before half time, with the Atletico manager running onto the field to confront the winger. 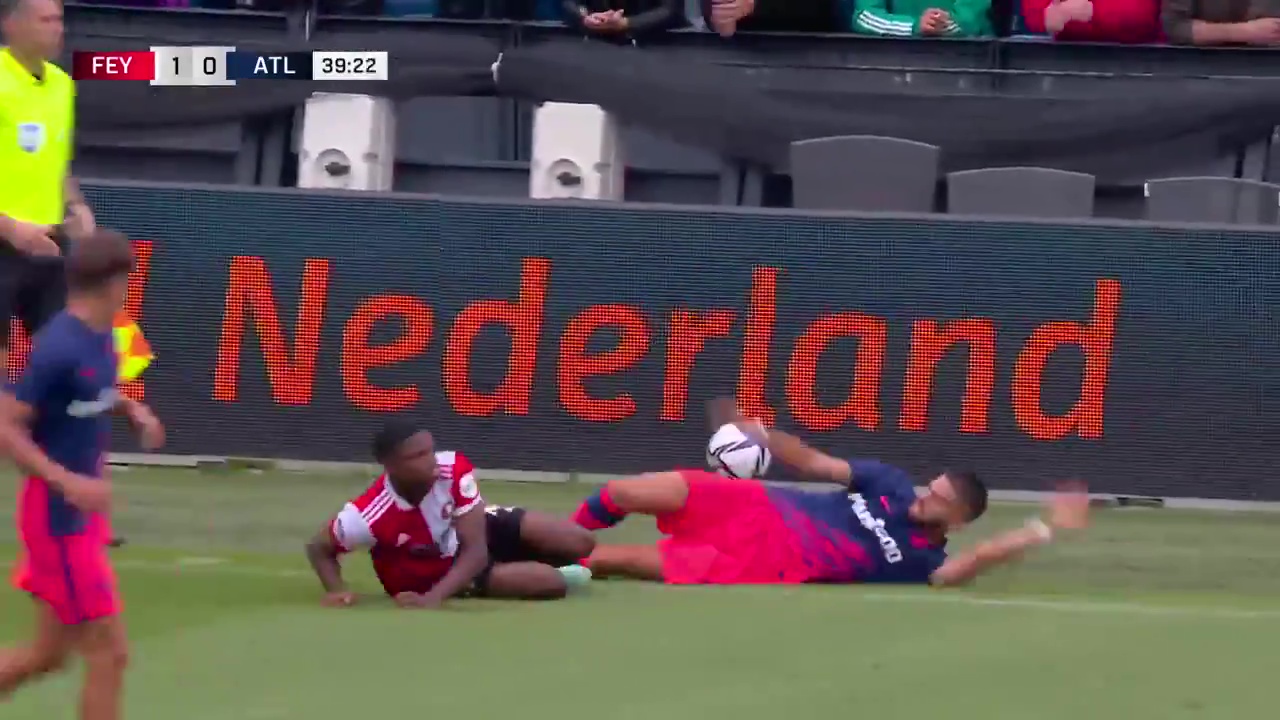 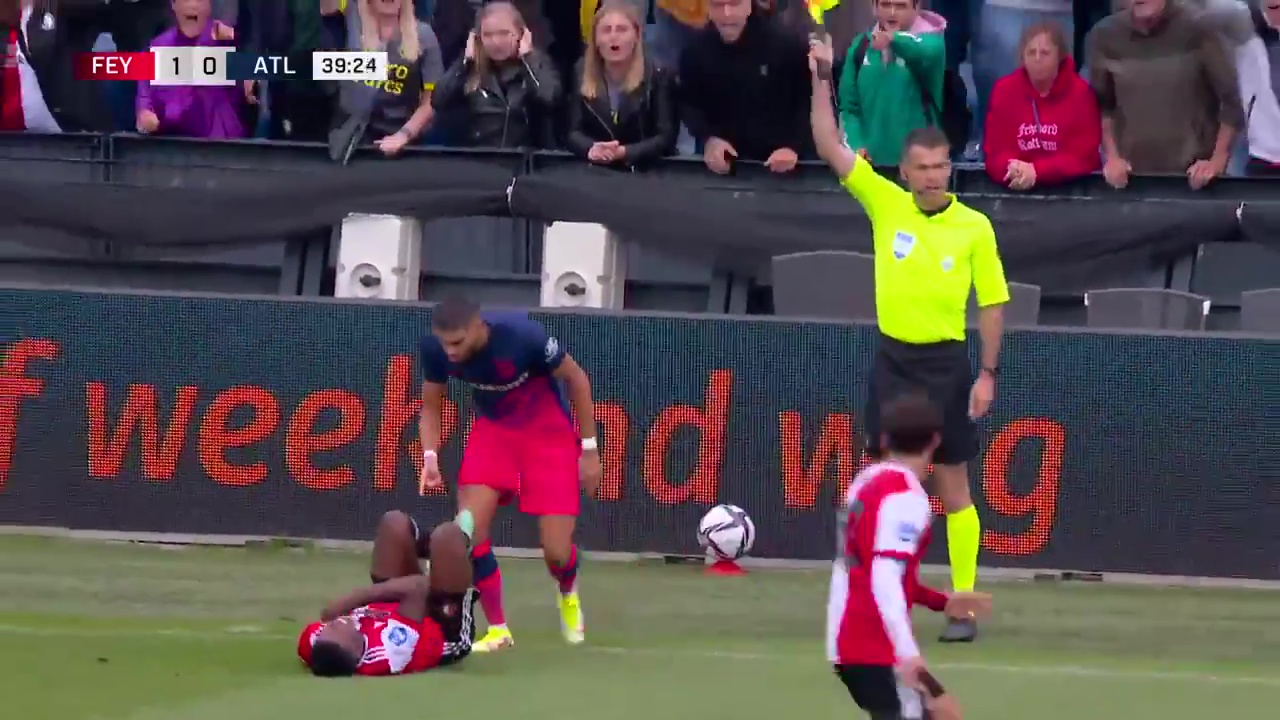 The whole fracas stemmed from when Kokcu cleared the ball away and got his legs tangled with Carrasco.

Both men hit the floor, only for the Atletico man to swiftly thrust his leg into the Turkish midfielder.

Carrasco then got back to his feet and shouted at Kokcu, who was writhing in pain from the kick.

This led to a host of players from both sides rushing over as the incident turned into a brawl.

The referee correctly showed Carrasco a red card, but the Belgium international did not have to wait until after the match to receive a grilling from his coach.

Simeone took it upon himself to storm over to Carrasco and give it to him straight with what looked to be some aggressive words.

In 330 club appearances, Carrasco has only ever been sent off once in his 11-year playing career and has never been shown a straight red. 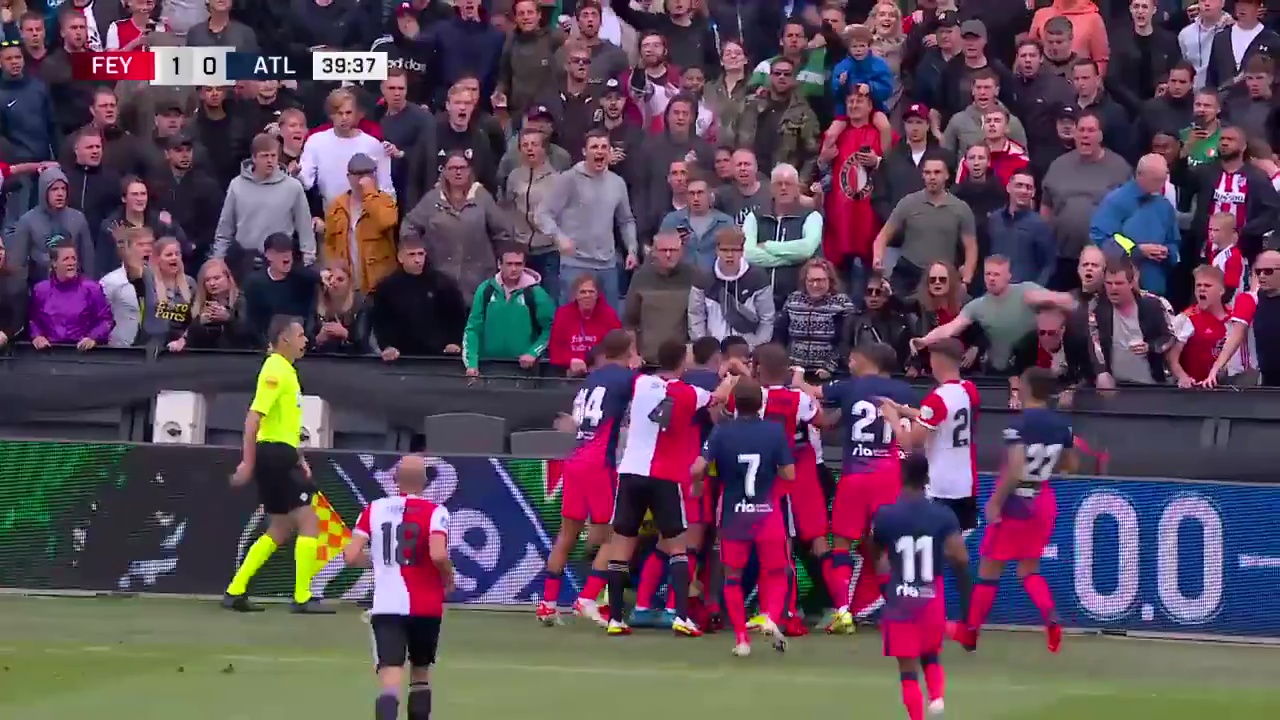 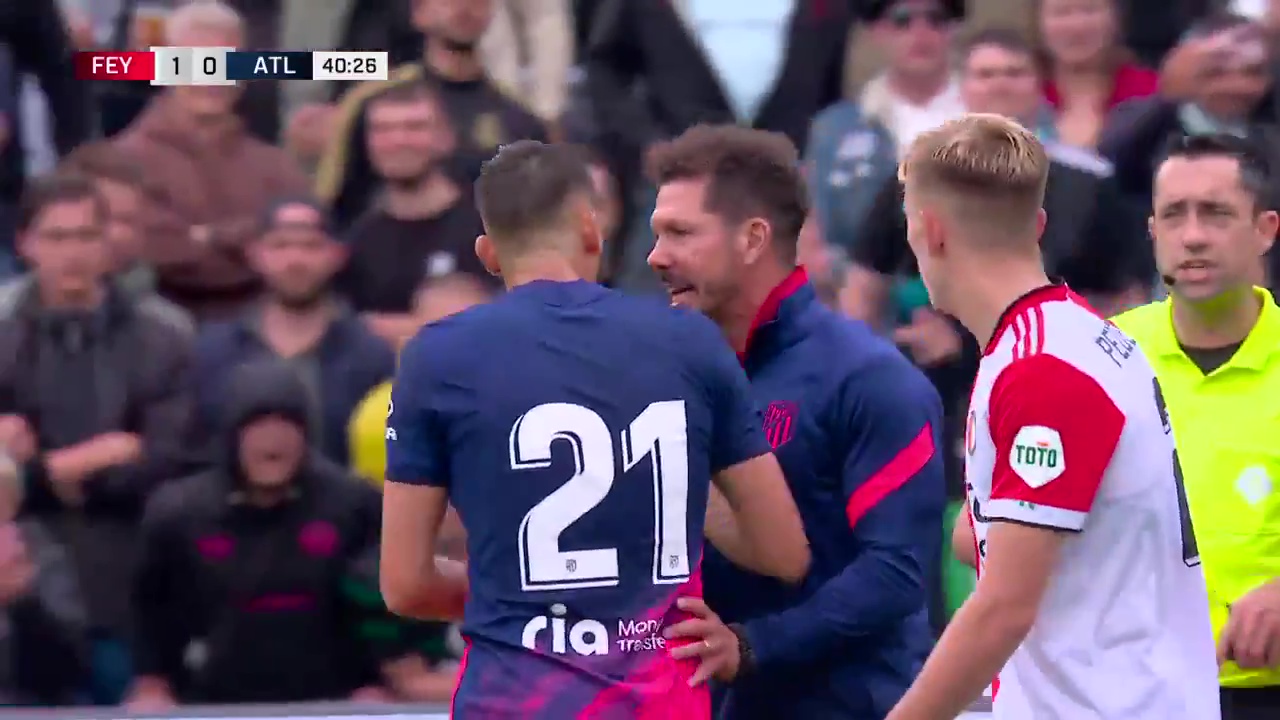 And while this incident will not show on his career statistics as it was a friendly, it remains shocking as it appears to be completely out of character.

Atletico were 1-0 down at the time of the sending off, only for the 10-men to get back into the game when Angel Correa drew them level in the 83rd minute.

But Simeone's side were undone in stoppage time as Naoufal Bannis handed Feyenoord a 2-1 victory.