INTERNATIONAL week is behind us and it's time to return to the nitty gritty of the Premier League.

There's a feast of action on offer this weekend and our selections cover Chelsea's game against Newcastle, City's visit to Selhurst Park and the Sunday showdown between Man Utd and Liverpool. 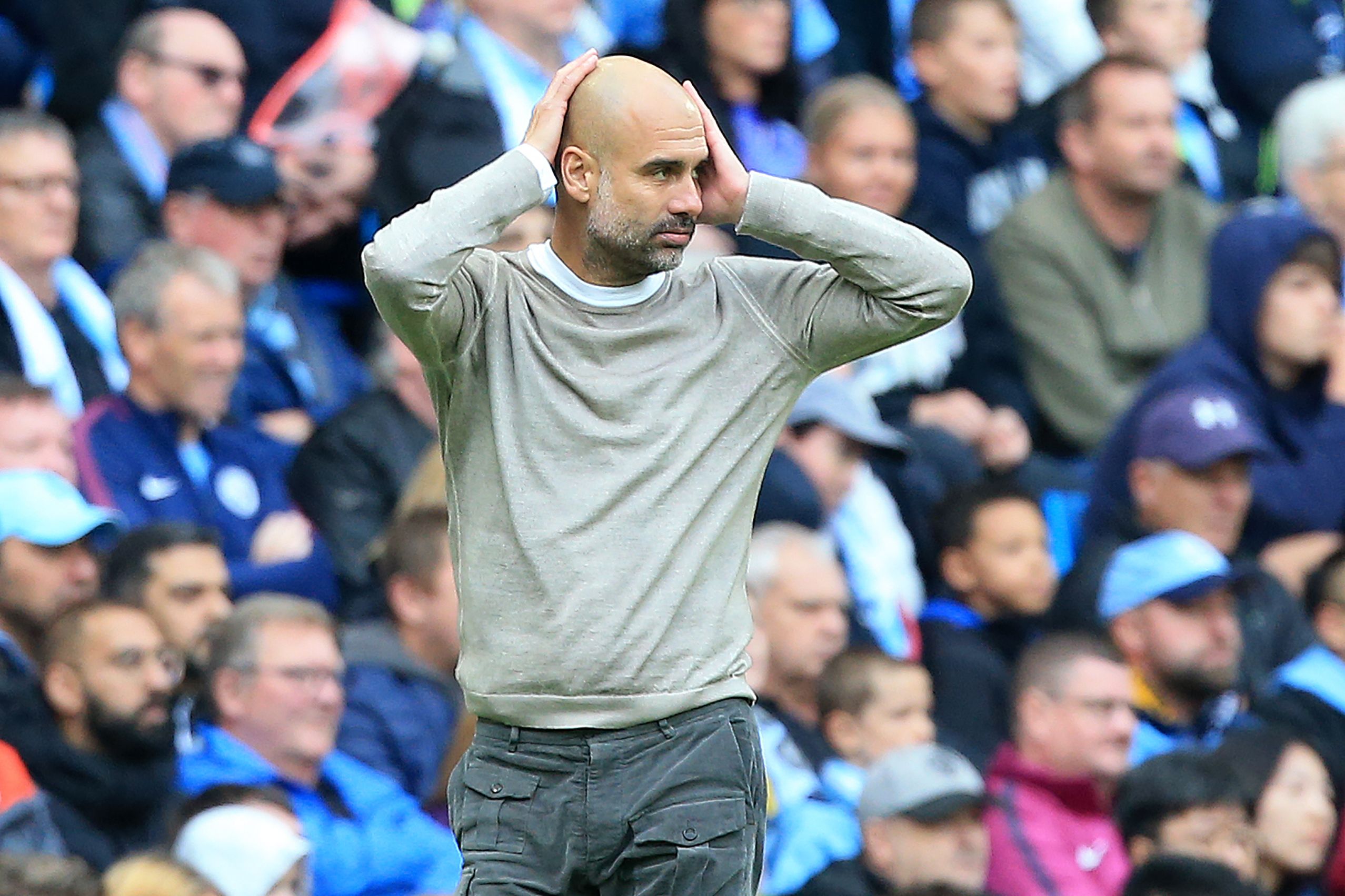 BIG FRANK is starting to hit his stride in West London.

Transfer ban or no transfer ban, Lampard can do no wrong in the eyes of many Chelsea fans.

Four wins on the spin in all competitions is nothing to be sniffed at – and the Blues were at their ruthless best last time out at Southampton.

In Tammy Abraham they have a natural goalscorer, a player who from his time out on loan knows how to regularly hit the net.

Newcastle arrive on the back of a 1-0 win over Man Utd – their second narrow victory over one of the Big Six this term.

Steve Bruce has eased the pressure with that crucial three points and will be cut some slack here – it's a free hit.

The Toon are likely to set up as they did at Spurs, looking to nullify Chelsea's flair players and look for Joelinton and Almiron to do damage on the break. 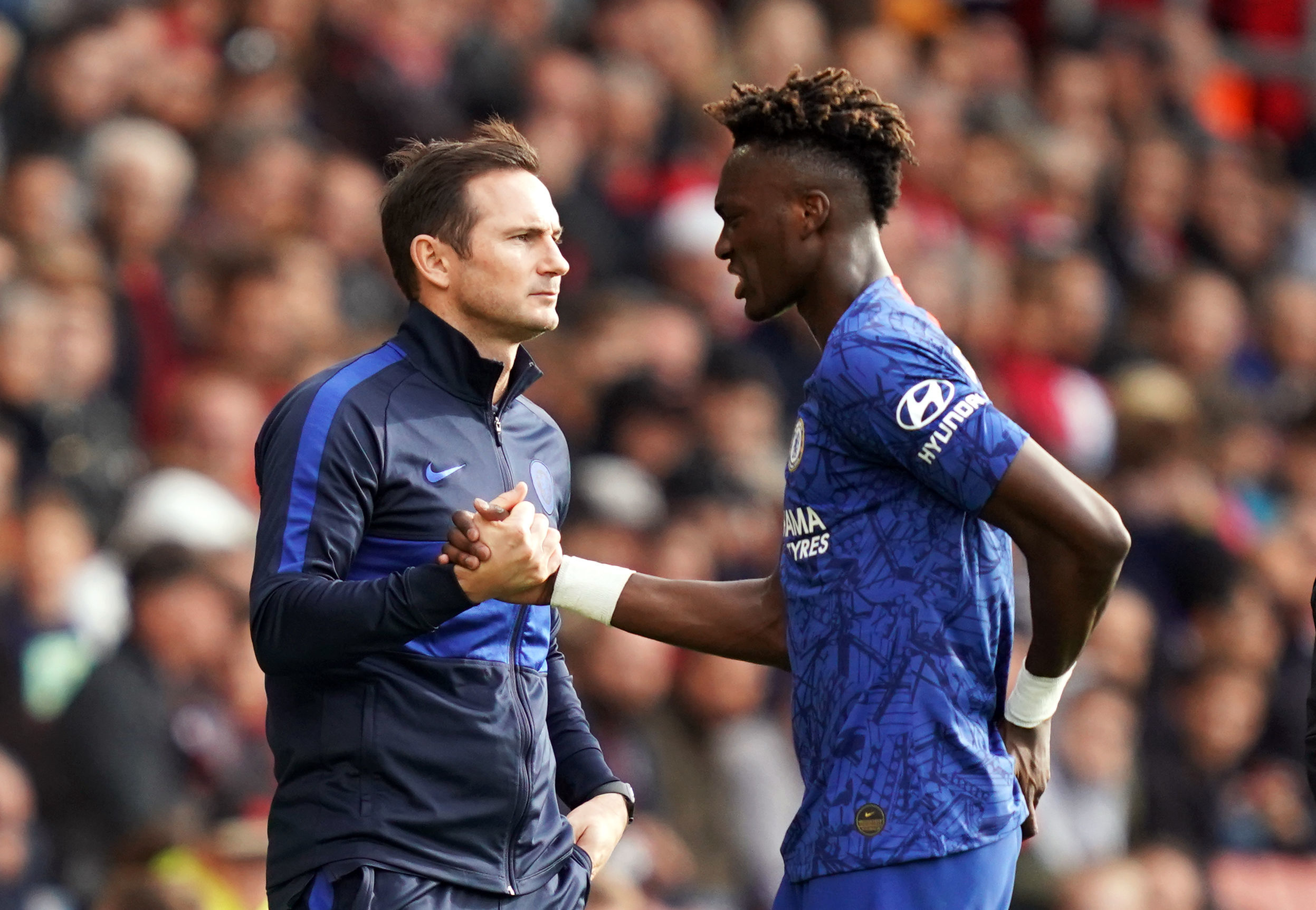 We don't see lightning striking for a third time.

It took Chelsea four home matches to record their first Premier League win infront of their own fans this term.

That 2-0 win over Brighton was as routine as you like, with the Seagulls failing to land a glove on what was a fragile Blues side at the time.

Newcastle's record here is dismal and they've lost seven on the bounce at Stamford Bridge, scoring in just three of those games.

Abraham netted a brace against Sheff Utd before his defence imploded back in September – back him to score first again here at 23/10.

The last time Chelsea failed to score less than two against the Toon on home soil was 2012.

There's nothing wrong with having a play on them to score three or more.

BEWARE a wounded Pep Guardiola side.

When City lose, they invariably lash out on the next team they face.

Earlier this term they were stunned 3-2 at Carrow Road – and promptly stuck EIGHT past Watford.

Palace must beware then as Man City arrive after their 2-0 defeat at home to Wolves before the international break.

The Eagles have won just one of their last nine meetings with City at Selhurst Park, going all the way back to the visitors' pre-takeover days in 2001.

After that loss to Wolves, anything but three points here and the title race already looks over in October.

Pep will have told his side so and we expect them to respond in style.

City are a tiny 1/4 to win the game, but there's value to be found in the goals markets. 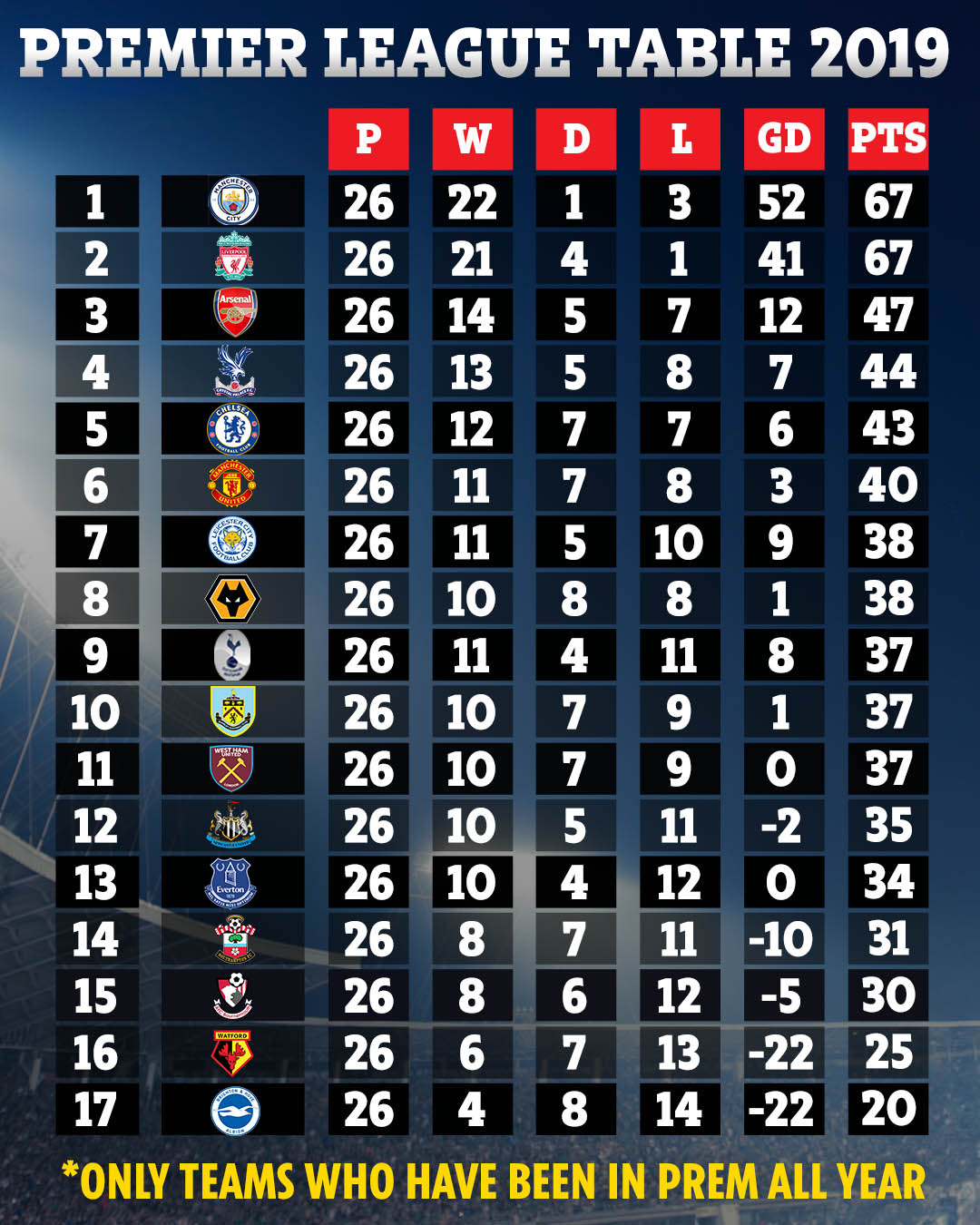 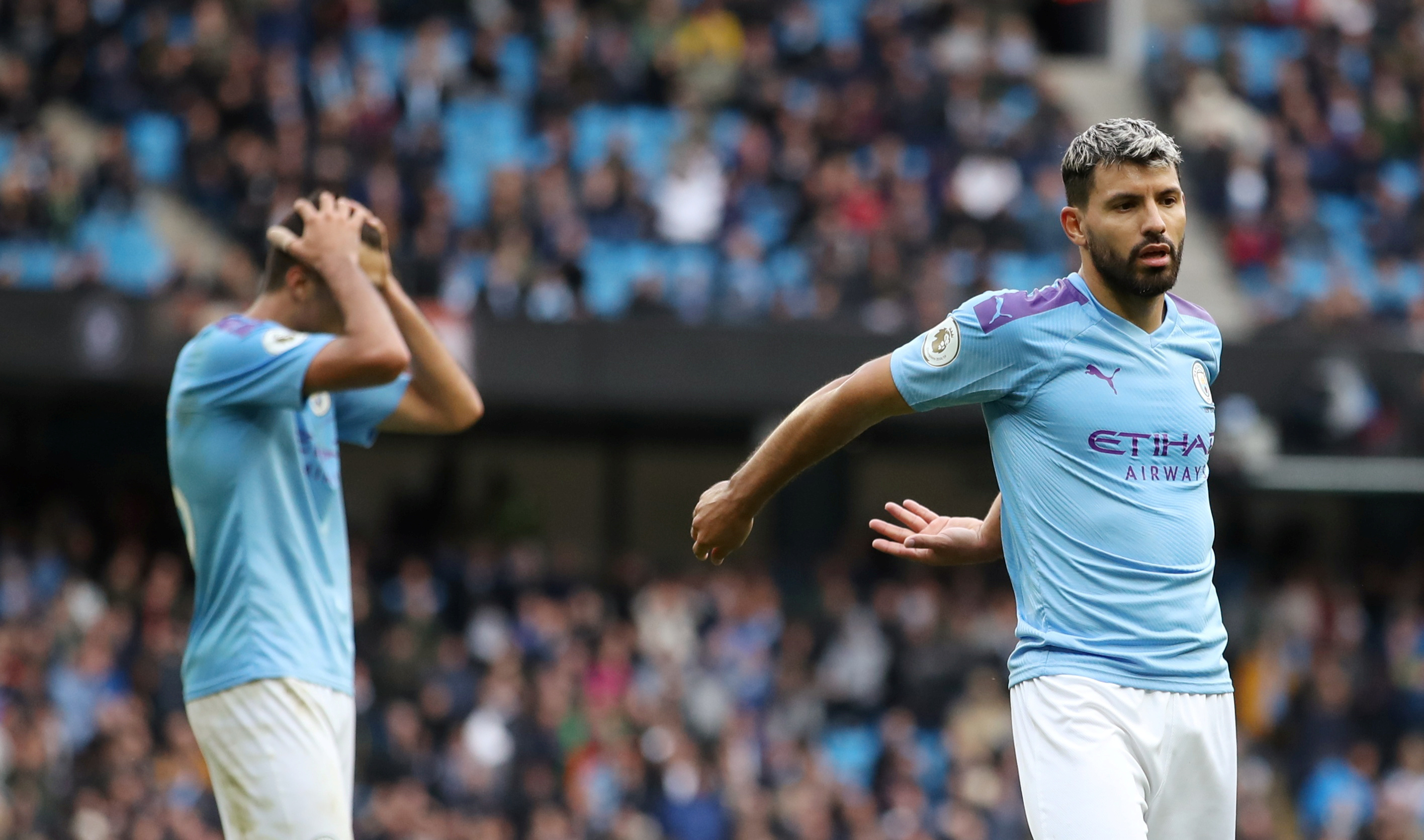 The visitors to win and over 2.5 goals is a more tempting 8/13, whilst we are all over the City victory and both teams to score at a whopping 23/20.

Guardiola's side have real issues at the back and with Selhurst Park rocking under the lights will concede.

Palace are riding high this season and sit just outside the top-six going into this one – and Roy Hodgson should be given every credit.

They could be on the cusp of a third-straight league win, but we reckon this one will just be a stretch too far.

Sergio Aguero netted in six straight games to start the new season, but hasn't found the net in his last three.

That's a drought by his high standards – back him to open the scoring on what should be a good day for the visitors.

Both teams to score at Selhurst Park: 5/6

HOW the mighty have fallen.

If you needed further proof that United really are in a hole, the bookies are giving you clear indication right here.

Liverpool have won all eight of their Premier League games so far and the title race could be over before it's really begun.

Jurgen Klopp's side know how to win pretty – but they're pretty good at winning ugly, too.

United have seemingly forgotten how to win full stop.

They sit 12th in the league, still with single-figure points after eight matches – with just two league wins to their name.

Liverpool haven't won a Premier League game here since 2014, when Steven Gerrard netted twice from the spot and Luis Suarez capped off a thumping 3-0 win. 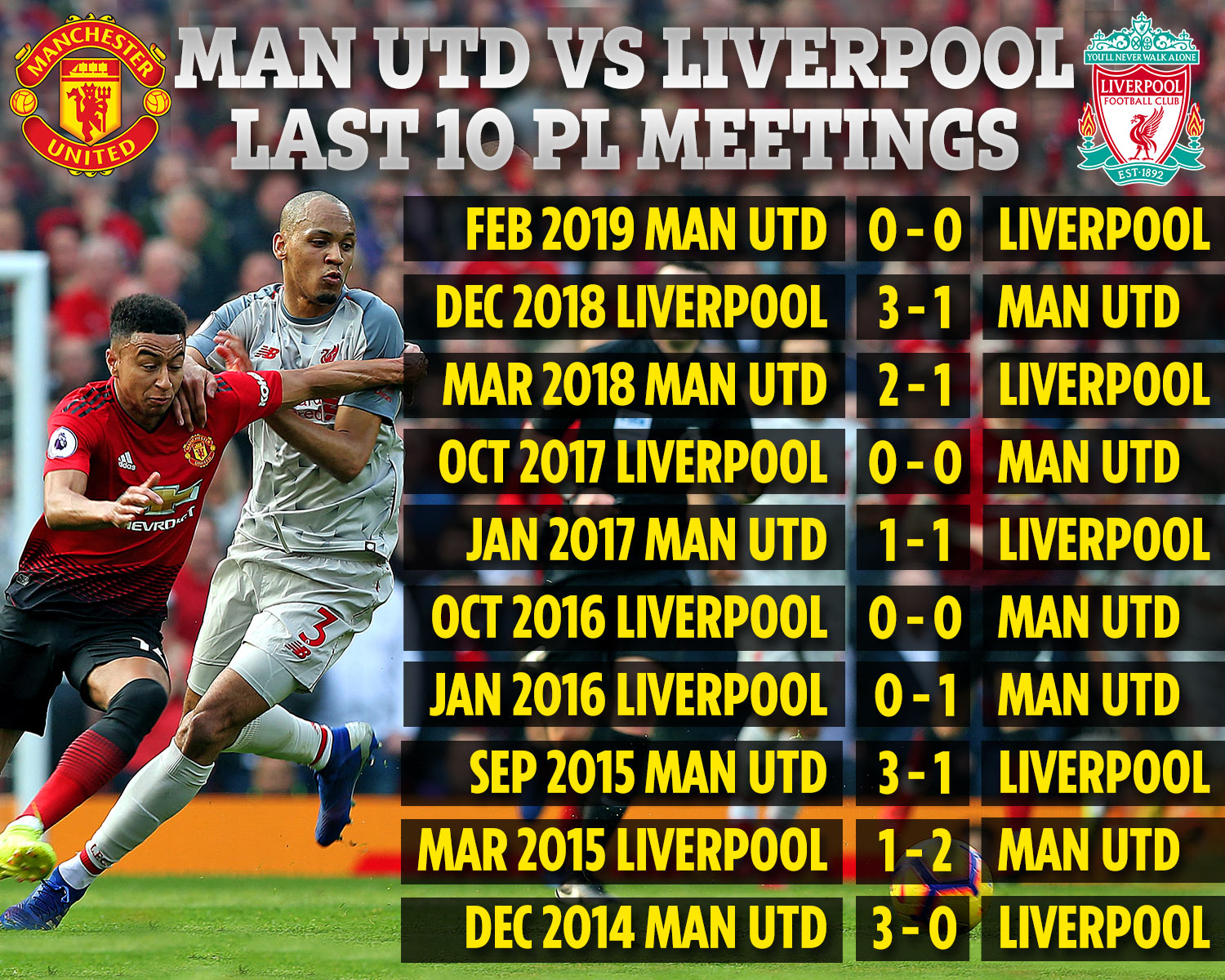 The international break came at just the right time for Solskjaer, with his side demoralised and in pieces following the 1-0 surrender up at Newcastle.

Are we really backing them to end Liverpool's unbeaten start to the season here? Nope.

But we do have a feeling that Klopp's men won't be heading back along the M62 with all three points.

Chances are often at a premium – and we reckon a play on United double chance is the best way forward.

That covers a shock United win and the draw, with a tempting price of 11/10.

We just don't see many goals in this one and a bore draw might be the best way to play – with under 2.5 goals a steal at evens.

*All odds correct at time of publication