KARIM BENZEMA missed France's World Cup triumph in 2018 – and lightning struck twice as he is OUT of the 2022 edition due to a thigh injury.

But that's not the only troubles the Real Madrid striker has been in. 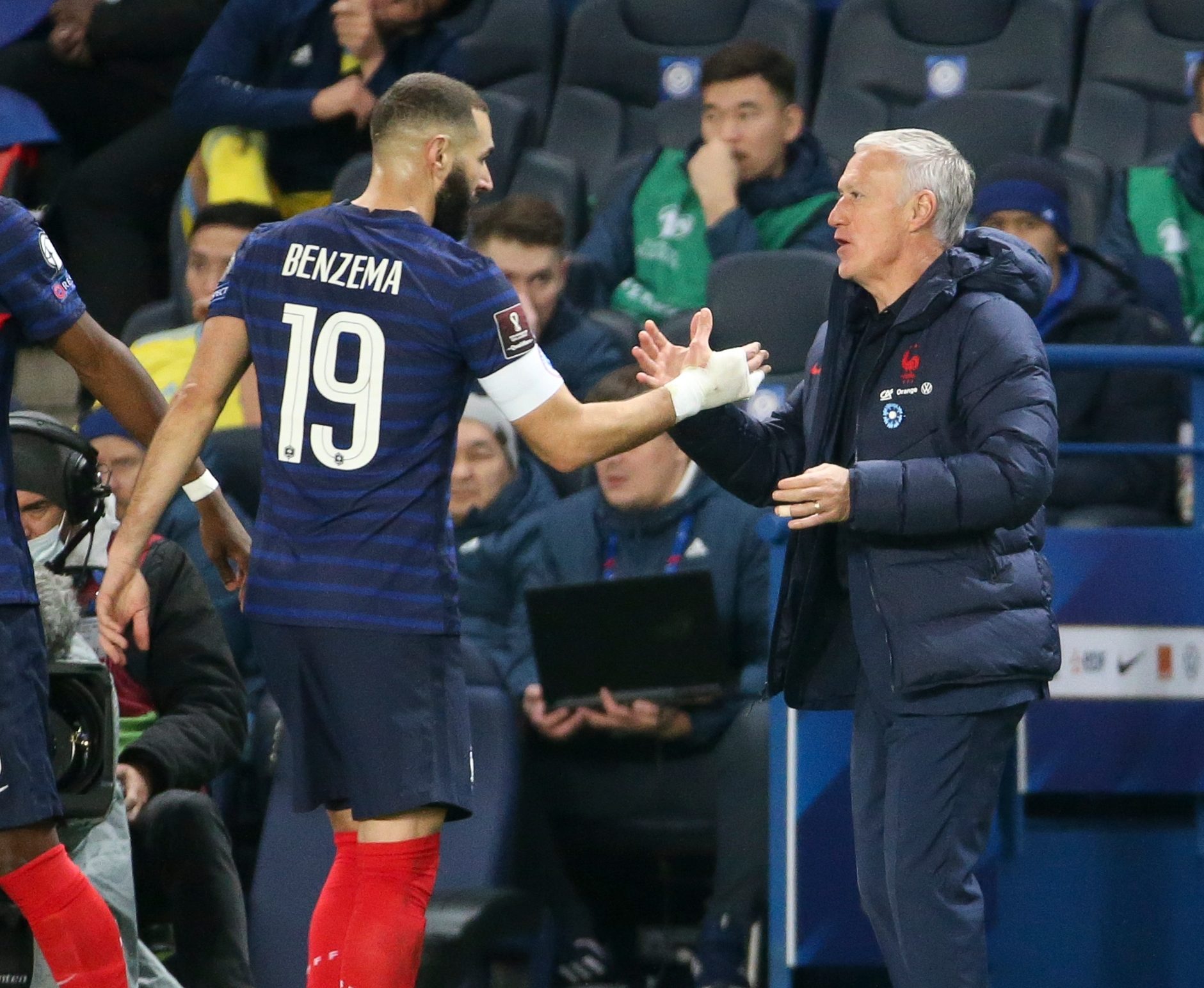 Benzema, 34, was exiled from the French side due to a court case involving former team-mate Mathieu Valbuena and a sex tape.

However, the court case ended with the 34-year-old being given a one-year suspended sentence.

Why didn't Karim Benzema play for France in the 2018 World Cup?

Didier Deschamps made Benzema ineligible for selection over a blackmail case involving former teammate Mathieu Valbuena and a sex tape.

Benzema has been given a one-year suspended sentence for complicity in a bid to blackmail Valbuena.

The sentence was tougher than that sought by prosecutors against the 33-year-old player over the 2015 extortion attempt, which led Benzema to be cast out of the France team for five-and-a-half years.

Benzema was not in court in the Paris suburb of Versailles for the verdict, which comes hours before Real Madrid take on Sheriff Tiraspol in a Champions League game in Moldova.

He was not accused of being behind the extortion attempt but rather of conspiring with the suspected blackmailers by putting pressure on Valbuena to pay them off.

The court ruled that he had "implicated himself personally, through subterfuge and lies, to convince his team-mate to submit to the blackmail."

It added that he had shown "no kindness towards Valbuena", as he had claimed, "just the opposite".

The star's lawyer Sylvain Cormier said he was "quite stunned by the ruling" and they intend to appeal.

Why was Karim Benzema selected by France for Euro 2020?

At the time, the blackmail scandal was not yet resolved.

Yet Didier Deschamps has decided he needed Benzema for the Euros after over half a decade out of the squad.

Deschamps said of his decision: "I'm not going to give you or anyone else any more details about that.

"You know the story of our meeting, the most important step: we met and talked. Without that, it would have been impossible.

"And I am in a position [as coach]. As I said before, I'll say it again, even if it's hard for some people to understand: I'm not interested in my personal situation."

All the reaction after dominant USA hold England to draw