TEAM INEOS have launched their new team colours ahead of the Tour de Yorkshire.

Ineos announced their takeover of the cycling team in December – here is all you need to know. 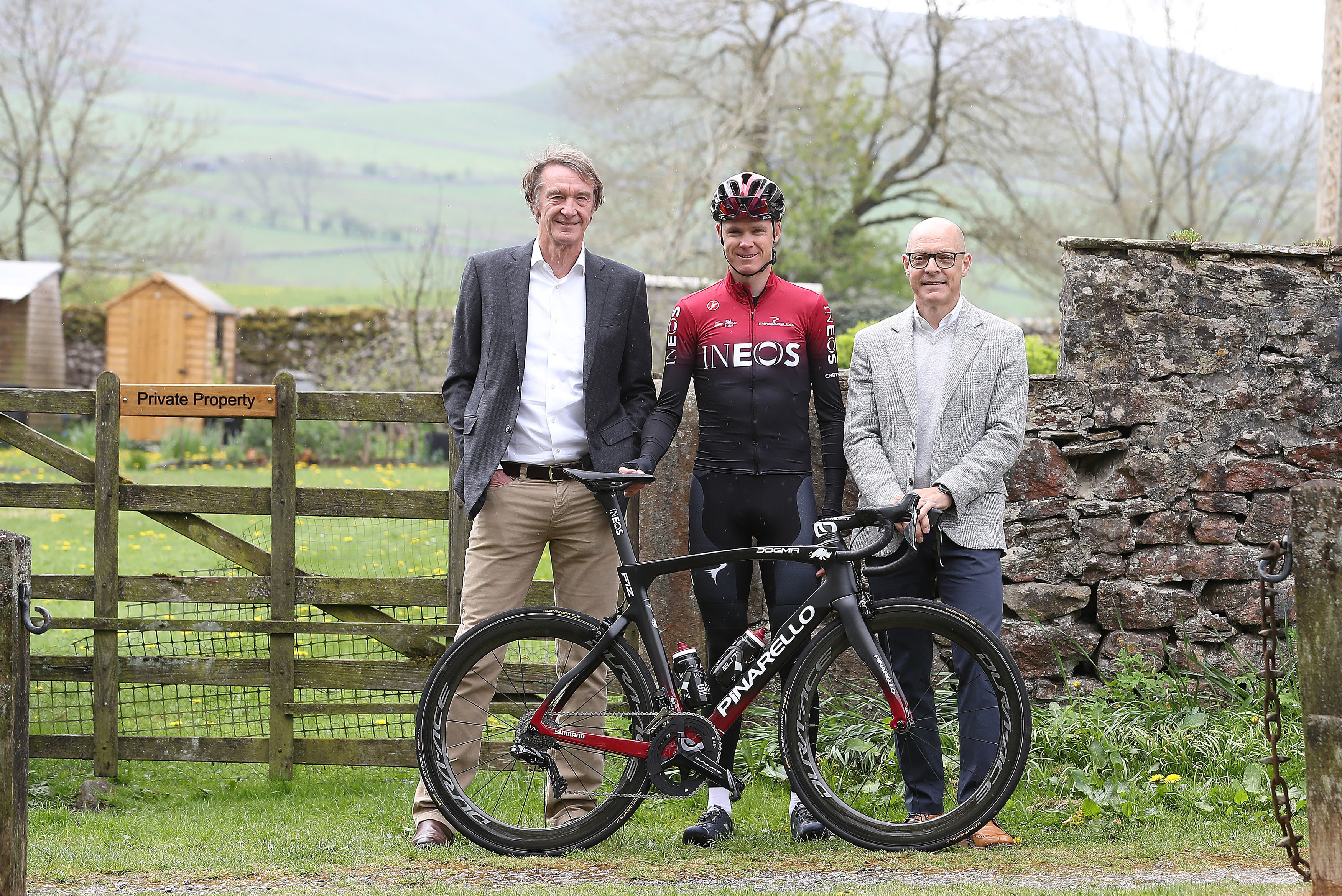 Who are Team Ineos?

The team is based at the National Cycling Centre in Manchester with a logistics base in Deinze, Belgium and they are managed by Sir Dave Brailsford.

The new team was announced in March 2019 after Sky announced they were withdrawing their sponsorship in December 2018.

Sky decided to withdraw sponsorship as part of an ongoing review brought on by their acquisition on Comcast.

The Tour de Yorkshire was used as the launch for the new Team Ineos colours.

INEOS is delighted to see @TeamINEOS officially launch today in Yorkshire, ahead of the #TDY and with Sir Dave Brailsford and Sir Jim Ratcliffe in attendance.

Sir Dave Brailsford: “This is a momentous day for the Team, our fans and #cycling in general.” https://t.co/l7CW6ruu9I pic.twitter.com/ZUnObW6F24

Who is INEOS and why was there some controversy?

Ineos are a multinational chemicals company owned by Jim Ratcliffe.

It is in the top two chemicals companies in the world as measured by sales revenue currently around $90 billion.

Owner Ratcliffe has been investing in sports for sometime and other sponsorship includes Ben Ainslie's America Cup campaign and ownership of Swiss football team Lausanne-Sport.

Ineos's sponsorship has been criticised and described as "sportwashing" by anti-fracking campaigners which has led to some withdrawing their support for the Tour de Yorkshire.

People have been seen lining the course in masks depicting Ratcliffe as a devil.

Who is part of Team Ineos?

The riders who race as part of Team Ineos are: