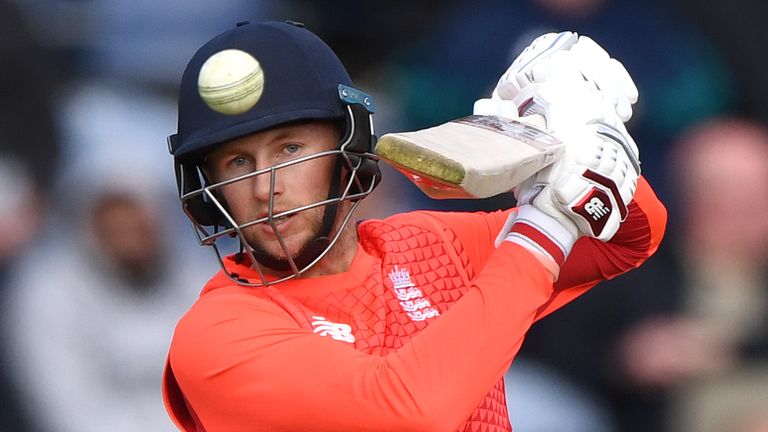 Joe Root was the third-highest run scorer at the 2016 T20 World Cup – but will he play for England in the next one?

The England Test captain has not featured for his country in the shortest format in over a year and says he is “realistic” over his chances of making next year’s World Cup in India.

Root starred in India four years ago – his 44-ball 83 helped England top South Africa’s 229 in the group stage, while he also struck a 36-ball 54 in the final against West Indies.

Here are the views of Sky Sports‘ Rob Key and David Lloyd on Root’s T20 credentials and his World Cup hopes, as well as the thoughts of the man himself… 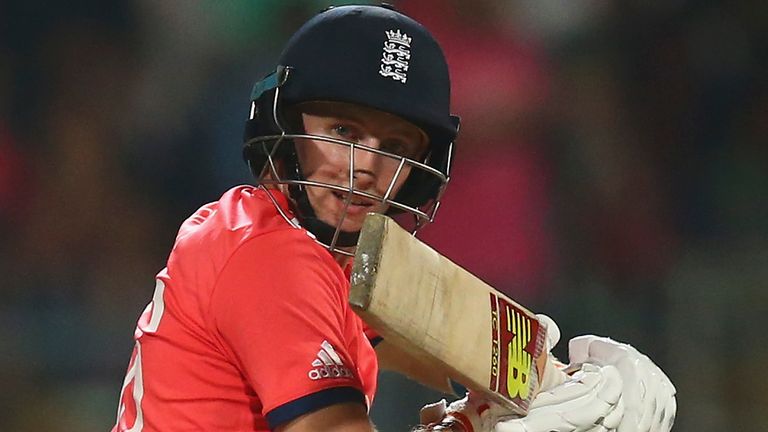 “I wouldn’t write off Root. Out in the World T20 in India in 2016, he was the best player in that tournament for England, for me. He was the one [who performed] under pressure.

“He may not do it day in, day out in domestic T20 cricket, in the Big Bash, but in the T20 World Cup out in India, he’s the player I might want coming in at No 3. If he’s not in the top three, there’s no point in having him.

“You need one player like Root, or Kane Williamson for New Zealand, who everyone else can bat around. Then everyone else can go and play their shots. That’s what happened in the World T20 four years ago. South Africa got 220 and Root played the innings of note – he was the one in the final who [stood up] after Jason Roy got out early.” 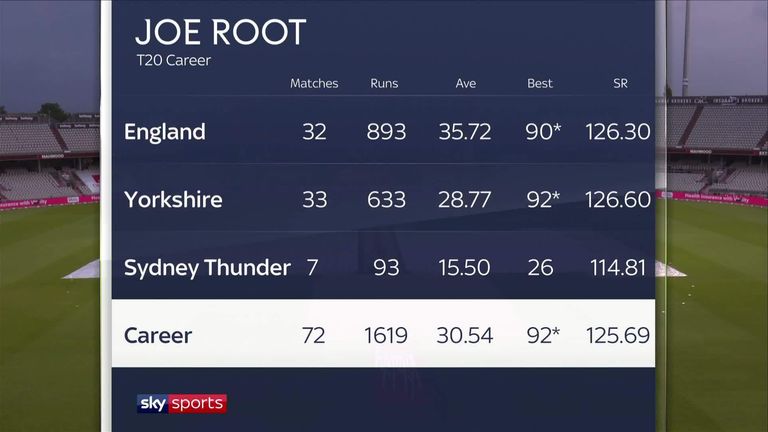 “I would say he is part of the [T20 thoughts], a squad player – there as and when you want him. He will definitely go to India, he’s a wonderful player of spin. What you see is what you get with Root – England know exactly what they are going to get from him in T20 cricket. There is no reason to say Root doesn’t play, but you don’t need him to play all the time.

“He is England’s Test captain and I think management have to look after him. I think they will have to box clever and rest him when necessary and he may be rested from T20 cricket, which gives young lads like Banton time to get real experience before the T20 World Cup. He will want to play everything but the management will have to take care of him, as being Test captain is demanding.” 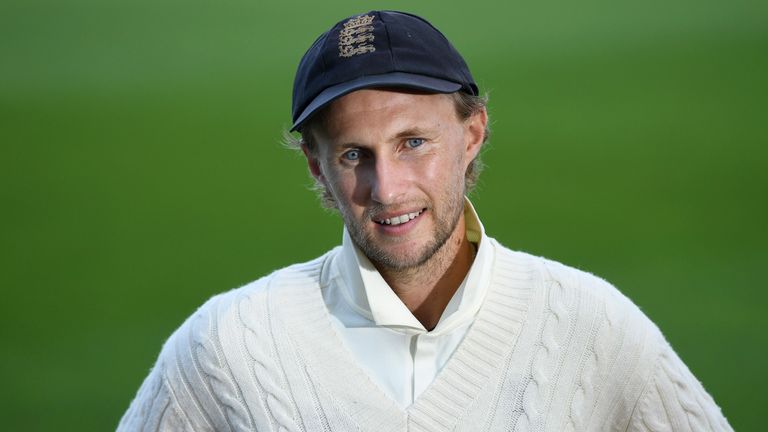 “I’ve not had many opportunities to play T20 at all in the last couple of years. It’s been a little bit frustrating, but it’s been no one’s fault. I’m certainly not upset or disappointed or bitter about anything, it’s just the way it’s fallen. Probably because of it, I’ve lost my place within the England side, and that can happen in cricket.

“It would be nice to get an opportunity to play some games and try and stake a claim to force my way back into that squad. But it’s a very talented team, and you look at the strength within it and the players in possession, they’re all fantastic players in that format.