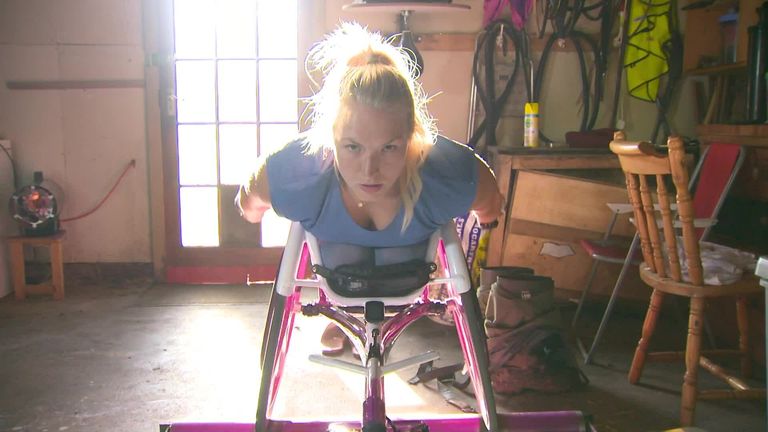 Sky Scholar Samantha Kinghorn says it has been tough training on her own for next year’s Paralympics, but the dream of a podium finish in Tokyo has kept her motivated.

Kinghorn, who won gold medals in the 100m and 200m at the 2017 World Championships, was disappointed the Paralympics and Olympics were postponed due to the coronavirus pandemic, but is grateful they were not called off completely.

“It’s a strange feeling, because my whole family planned to go,” Kinghorn told Sky Sports News. “We obviously brought in the bells in 2020 and we expected this to be the Paralympic year, and I’ve been training for the last four years like this is going to be my Paralympic year.

“So it’s weird getting halfway through it and then suddenly realising that this time it won’t be happening, but I’m still glad that there are great plans for it to still go ahead and happen next year.”

The 24-year-old says it has been a struggle to adjust her training as she was aiming to be at her best for the scheduled start of the Paralympic Games on Tuesday. 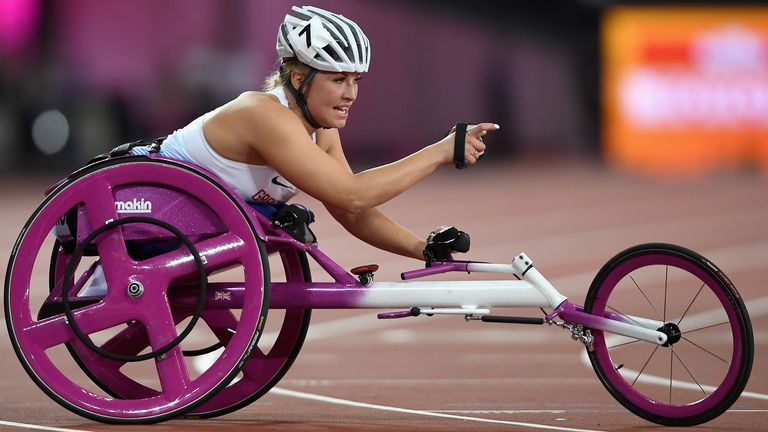 “Everything’s gone back a few months,” she said. “I’ve gone pretty much back into winter training and hopefully racing for the next couple of weekends which is really exciting – I’ve not raced at all this year yet.

“I just took a few steps back, pretended that in the middle of summer it was the start of the year again, and started to build up very, very slowly.

“Then I’ll be pretty much going back into hard blocks of winter training again, and kind of just scrapping this year off and just having this year as a hard block of training.”

The Scot says she has been fortunate to be able to train during lockdown, but found it difficult to do so away from her team. “I’ve been so lucky that I have managed to go back to the Scottish borders where my mum and dad are,” she said. “We just have so much space on the farm that I can go out and push on the roads, I didn’t have to worry about the fact that I didn’t have a track.

“I was able to get as much gym equipment as possible so I’ve managed to train pretty much completely on my own, but that’s the tough bit; I’ve had no-one else to push me, I’ve just been doing everything on my own. Normally I’d have a big team around me, but I’ve managed to get most of my training in.”

Kinghorn says getting a medal at the Paralympics would be the pinnacle, and that has kept her motivated during the challenging periods.