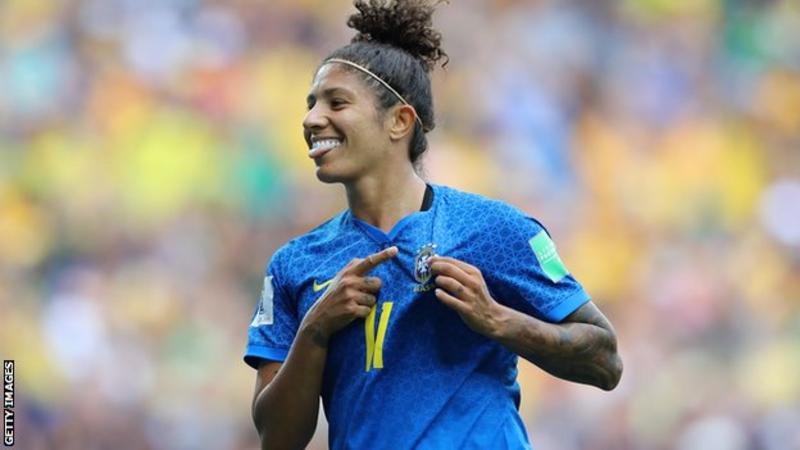 Spain, China and Norway booked their places in the last 16 of the Women’s World Cup on Monday.

On Tuesday, the teams in Group C play their final games as the line-up for the knockout stages starts to take shape. 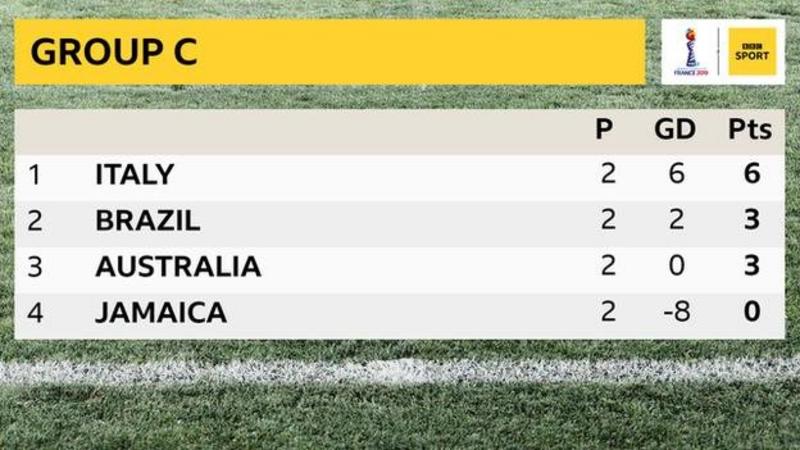 Brazil and Australia both need just a draw from their respective games to guarantee qualification.

Jamaica could still qualify in theory. The Reggae Girlz must beat Australia and overhaul a goal-difference deficit of eight, as well as hoping for results elsewhere to go their way.

BBC Sport will have live coverage of every World Cup match across TV, radio, the Red Button and online from the group stages all the way through to the final.

Italy v Brazil will be on BBC Four and BBC Radio 5 Live from 19:45 BST, while Jamaica v Australia will be available to watch online and on the Red Button.

There will also be live text commentary of both matches on the BBC Sport website.

She became the tournament’s oldest hat-trick scorer against Jamaica, before scoring again in their defeat by Australia.

With Brazil’s progress not yet assured, her country could need her to score again in Valenciennes.

An extraordinary goal machine, Kerr was top scorer in the United States league in 2017 and 2018 – then the Australian league in 2018-19 – and leads the way again in the US so far this season.

She scored her first World Cup goal in their opening defeat by Italy and then played her part in a famous comeback win against Brazil, after which she made headlines for saying critics can “suck on that one”.

What are Tuesday’s key stats?

BBC Sport has launched #ChangeTheGame this summer to showcase female athletes in a way they never have been before. Through more live women’s sport available to watch across the BBC this summer, complemented by our journalism, we are aiming to turn up the volume on women’s sport and alter perceptions. Find out more here.