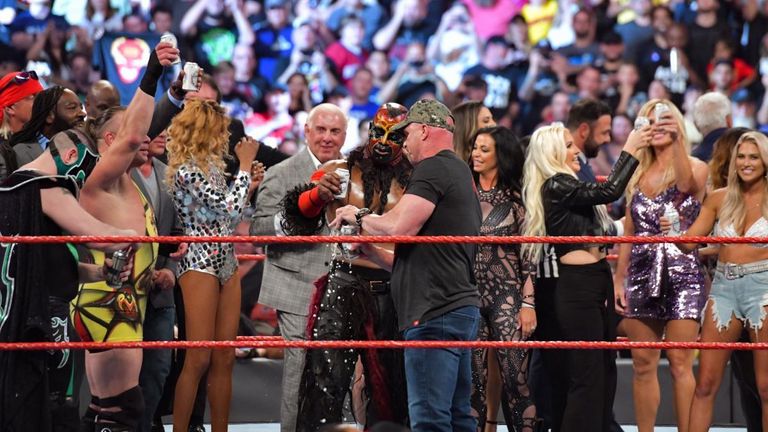 Nostalgia was very much in the air on this week’s Raw but there was also plenty of match action from today’s crop of WWE superstars.

Legends such as Hulk Hogan and Ric Flair were in attendance, although (unfortunately?) they did not climb between the ropes for one last match for old times’ sake.

But Roman Reigns did battle with Samoa Joe and Sami Zayn took on Rey Mysterio in two particularly intriguing contests in among the warm and fuzzy old-school stuff and 24/7 title changes.

Raw is repeated in full at 9pm on Sky Sports Arena every Tuesday so to whet your appetite for that show, check out our bespoke highlights package here!