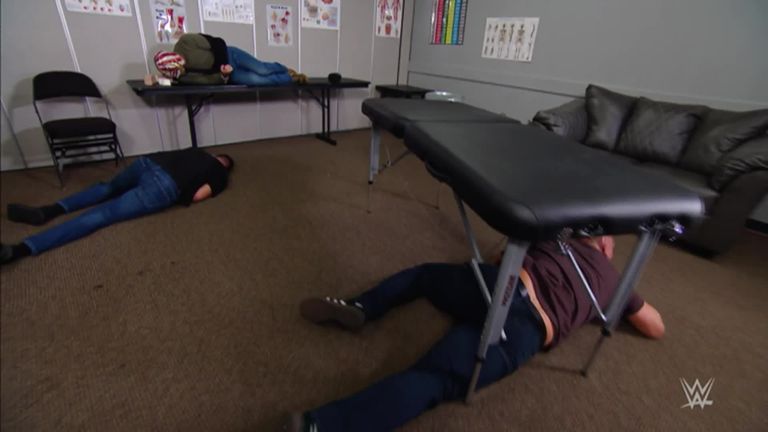 Brock Lesnar led a path of destruction on last night’s SmackDown which left Cain Velasquez and both Mysterios down and out.

Lesnar had been scheduled for a face-to-face meeting with Velasquez ahead of their match for the WWE title at Crown Jewel live on Sky Sports Box Office on Thursday night.

That led Rey and Velasquez to rush to the medical room to check on Dominic, but their visit was interrupted by Lesnar himself, who threw Mysterio across the room before hitting an F5 on Velasquez onto Dominic on the treatment table.

Lesnar stood tall as the conqueror and champion – will that scene be repeated in Saudi Arabia on Thursday? After a tense exchange between Team Hogan and Team Flair on Miz TV earlier in the evening, Roman Reigns, Ali & Shorty G took on Intercontinental Champion Shinsuke Nakamura, King Corbin and Cesaro with Hulk Hogan and Ric Flair in their respective corners.

The two sides went at it with intensity with momentum and psychological advantage for Crown Jewel very much in play.

Both teams would appear to close in on victory several times, but in the critical moments, Reigns started to roll, connecting with a massive Spear onto Cesaro before tagging in Ali to finish off The Swiss Superman with a dazzling 450 Splash for a major win ahead of Thursday’s five-on-five showdown. 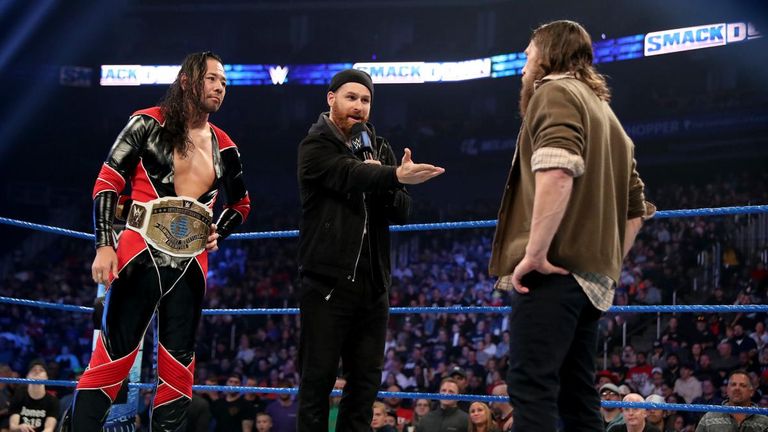 Daniel Bryan joined Michael Cole in the ring for a hard-hitting interview centering around one central topic: Was “Yes!” about to come back?

However, before Bryan could respond, he was interrupted by Sami Zayn, who would throw comments Bryan made last November about the “Yes!” Movement being dead in his face and suggest that “The New” Daniel Bryan was the real Daniel Bryan.