DOUBLE women’s champion Becky Lynch has revealed how she told Vince McMahon that she’s now the real “man” of WWE backstage at WrestleMania.

The Irish grappler became the first WWE superstar to pin Ronda Rousey, defeating both “The Baddest Woman on the Planet” and Charlotte Flair in a dramatic winner takes all main event for both the Raw and SmackDown women’s titles. 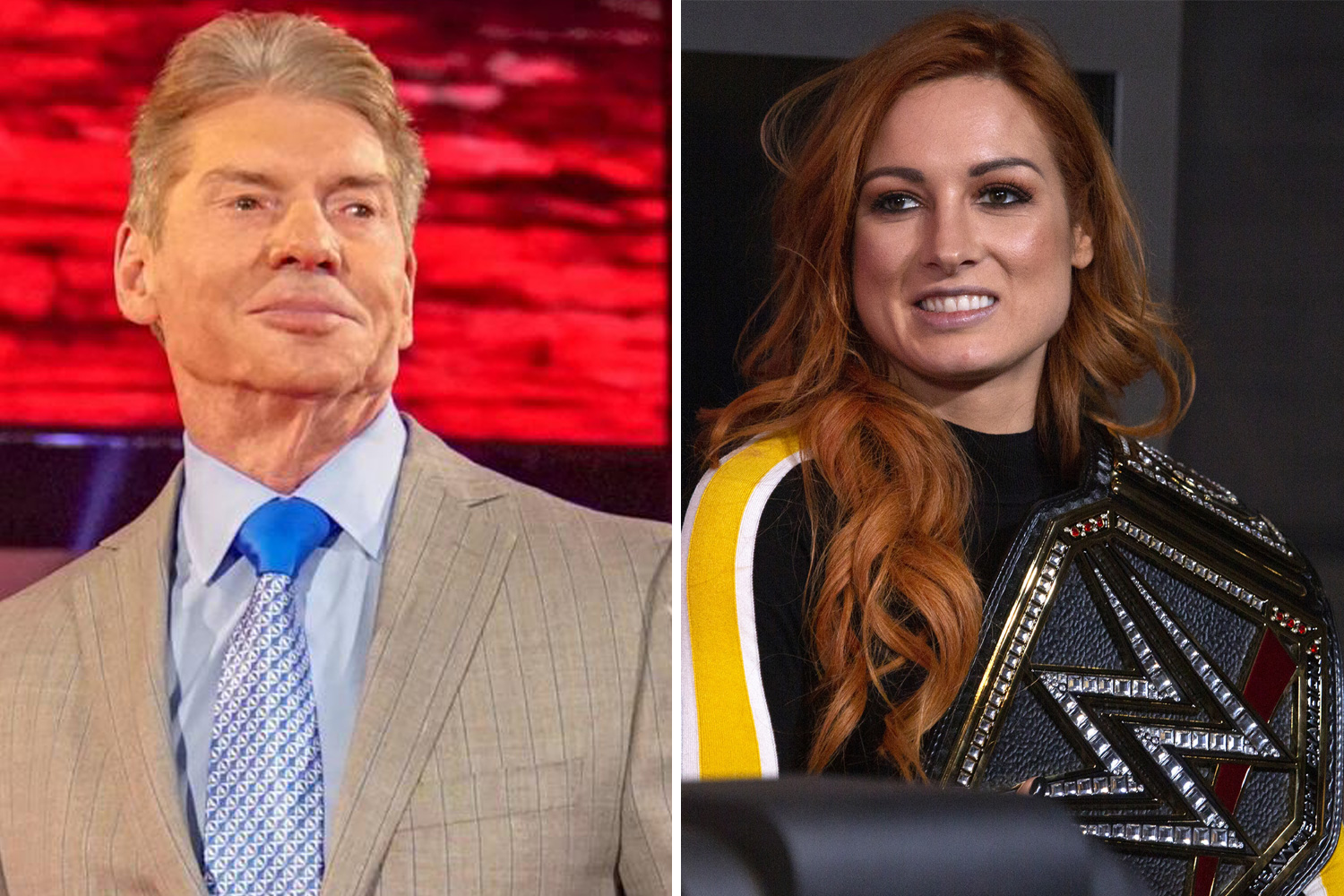 It marked the first time women have headlined WrestleMania in the event’s 35-year history.

Speaking exclusively to Sun Sport, Becky explained how she put boss Vince in his place following her rise to popularity as WWE’s top superstar.

Becky said: “We had a moment after WrestleMania where I said to him, 'I think I’m ‘The Man’ now, wouldn’t you say Vince? And he said, ‘Yep,’ and that was it.

Becky will appear at London’s O2 Arena this week and defends both her Raw and SmackDown titles against Lacey Evans and Charlotte Flair in respective matches at Money in the Bank on Sunday.

The movement that WWE has dubbed the “women’s evolution” is now four years old, with Becky a game changer for the women’s division and reaching unprecedented heights of popularity.

And while Becky admits her own love of pro wrestling comes from being a “product of the Attitude Era”, she admits that women’s wrestling in WWE has come a long way since those days of bra and panties matches.

Becky’s generation of female performers – which includes Charlotte, Bayley, Sasha Banks, Paige, and Asuka – have been a driving force in making that change happen.

She said: “When I started, women’s wrestling wasn’t the best – it wasn’t good at all.

“I don’t remember being a fan of any until Lita came around. And there was Jazz, Tori, and Ivory.

“But there was still that undercurrent of stuff I wouldn’t have wanted to do – bra and panties matches, mud wrestling matches, all that kind of jazz.

“While there were great athletes and wrestlers, they maybe didn’t get the time and opportunity to shine that we do now. Everything has worked out timing-wise so perfectly.”

Watch Money in the Bank on the WWE Network from midnight Sunday May 19.