Fury knocked out Dillian Whyte at Wembley Stadium last month to retain the belt, which he will have to relinquish if his suggestions that he will not fight again are genuine.

Many fans believe that Fury, 33, will step in the ring once more for the chance to unify his belt with the WBA, WBO, IBF and IBO straps, which are held by Usyk. The Ukrainian is set to defend them against Anthony Joshua in a rematch this summer.

Krassyuk is among those who are confident that Fury will fight again, believing that the unbeaten Briton is destined for a clash with Usyk, who is also undefeated.

“I don’t take it seriously,” Krassyuk told Sky Sports of Fury’s retirement claims. “Once he is a 44-year-old who is tired of everything, then it might be some sort of truth. But he is on top, the world loves him, the world supports him, his country stands behind him. We’ve seen so many times retirements with comebacks.

“You cannot trust what Tyson Fury says, because today he says one thing and tomorrow he says the opposite, and next day he changes it – half-opposite.

“He’s an entertainer, so he says what the public wants to hear from him. Just imagine, he insists on retirement and people around him try to convince to come back and he says, ‘No, no, no,’ and suddenly he makes the decision: ‘Okay, I will come back.’ It’s all about the interest, all about the publicity. He’s a big entertainer. That might be what he really thinks at the moment, but I’m not sure he will stay with this decision for a long time.”

While Krassyuk expects Usyk to take on Fury in the future, he insisted that Joshua cannot be overlooked despite the dominant nature of Usyk’s victory over the Briton last year.

“[Usyk] is already unified [champion], he has three belts. He has the rematch, a very serious rematch; Anthony Joshua has nothing to lose, nothing at all, he’s not fighting under pressure of his compatriots, of his home, of his belts. The only pressure he has is that if he loses it might sort of be the end of his career.

“He might be more relaxed and now he has the experience of facing Usyk so probably has new things in his mind, new tricks to present. My anticipation is that it will be even harder this time, but still it is what it is.

“After [Usyk] defends his title, he will probably want to go for undisputed, and you never know if it’s going to be Tyson Fury or if he definitely takes the final decision to retire and the belt is vacated and somebody else becomes champion. At this stage we are focused on Anthony Joshua.” 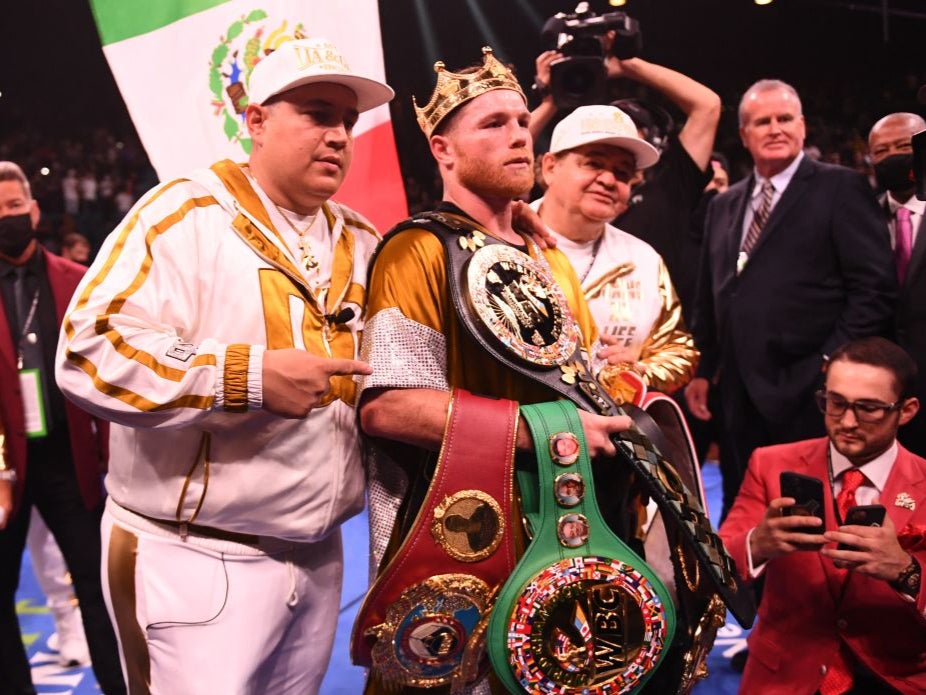 “I didn’t see Tyson Fury improving very much with his shape from his last couple of performances. Since his first fight with Deontay Wilder he didn’t improve, that makes me think that if you stay on the same level and time goes by, it means you’re going down a bit.

“It was a regular heavyweight fight, with two clumsy, big men walking around trying to hit each other, but the uppercut [that knocked out Whyte] was a good one.”