THE YOUNG supporter who darted over to Cristiano Ronaldo and even managed to get his jersey has revealed the kind exchange they shared on the pitch.

Addison Whelan, 11, provided the moment of the night when she hugged her hero before the Manchester United legend gifted her his shirt immediately after the final whistle blew at The Aviva. 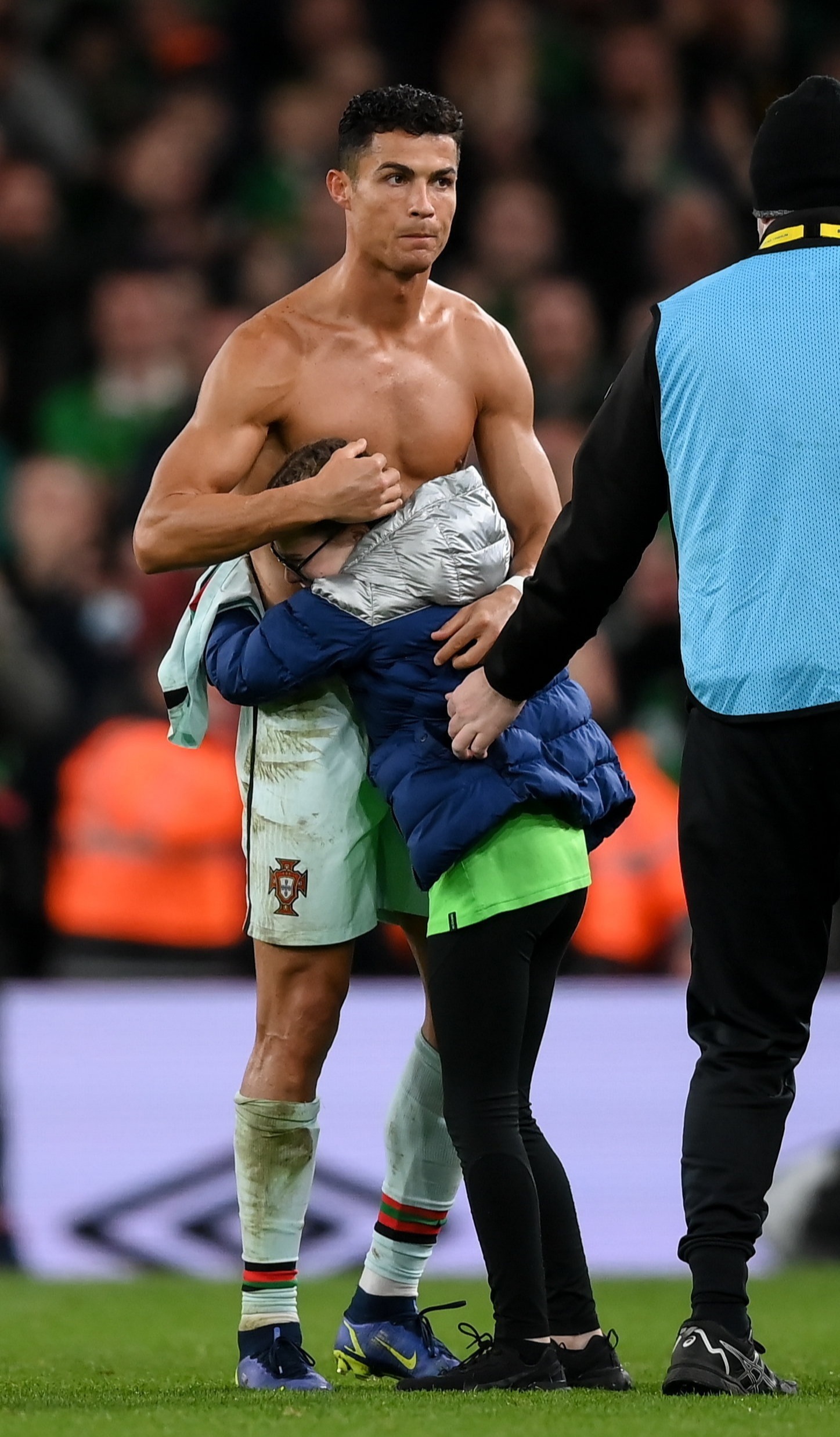 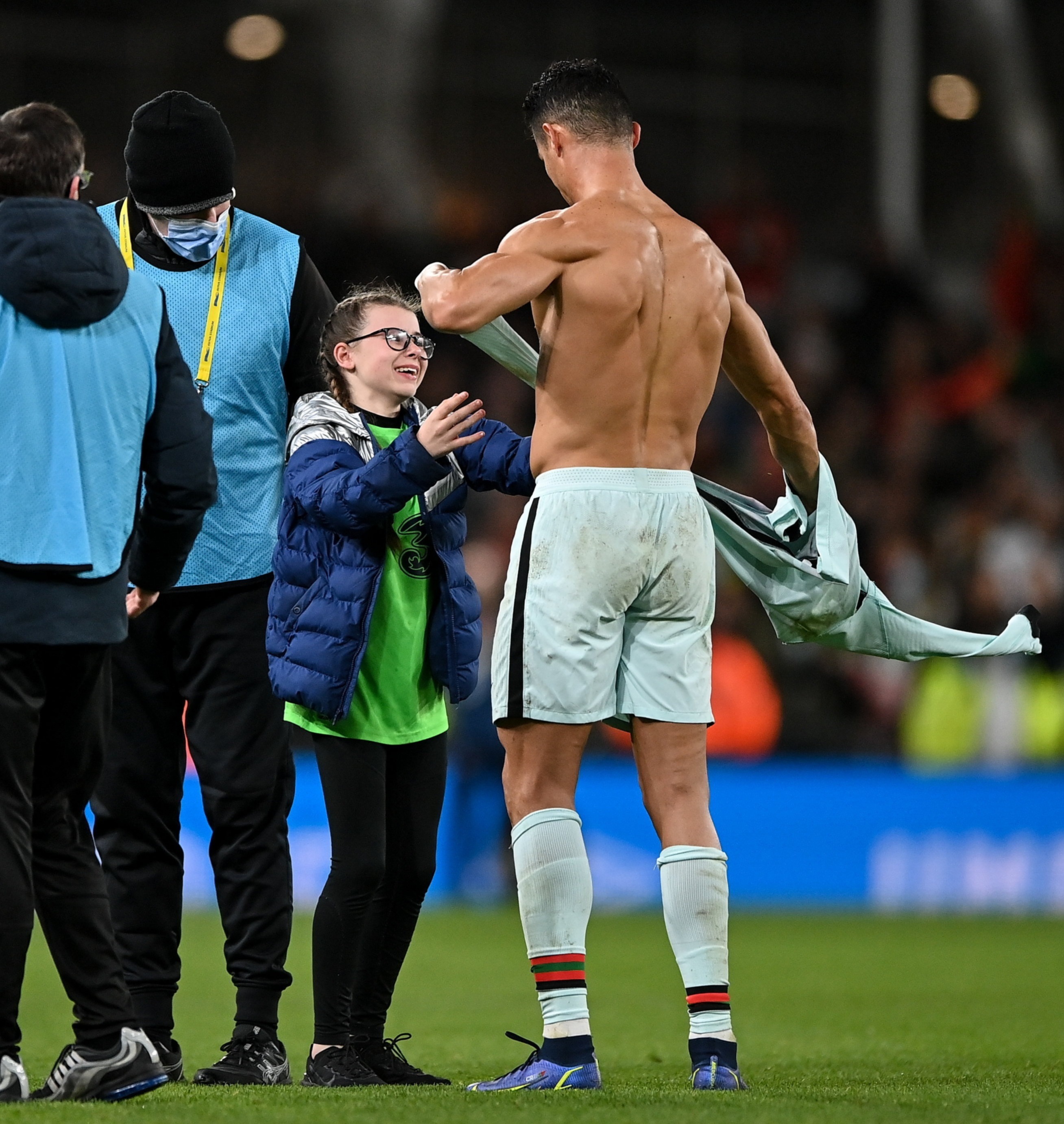 Addison, who's a talented footballer herself for Shelbourne Under-13s, told of how the global icon was very gracious in helping her to enjoy the moment as much as possible.

"Then I sprinted onto the pitch, but there was security guards running behind me and there was another two coming from the other corner so I just kept sprinting.

"When I saw the other two coming from the other corner I ran more towards the halfway line so then I could swerve around them but then they caught me.

"I was screaming his name as I ran towards him and he heard so he turned around. He said 'leave her, leave her' (to the stewards behind her).

"So then I was just calling him over to me and he came over and asked if I was ok.

"I was in tears as I was so in shock and screaming 'can I have your jersey please, I'm a huge, huge fan.'

"When my Dad saw him take his jersey off, his face was just in total shock! Ronaldo even said 'I appreciate that' when I asked.

"I was like Oh my God, this is my dream coming true on what's probably his last time playing in Ireland."

The Dubliner also confirmed that the stewards were very nice in how they allowed her to have that moment with the five-time Ballon d'Or winner before eventually escorting her off the pitch.

The Arsenal fan has also been chosen to play for a Dublin squad and said she hopes to one day line up for the Irish team.

It was a cherry on top of what was already another fine night for Irish football as Stephen Kenny's side outplayed their illustrious opponents after the first 25 minutes or so.

Long before Pepe received his marching orders for a second yellow, The Boys in Green were in the ascendancy as they put together several outstanding moves from back to front.

Chiedozie Ogbene went close with a near-post header just before half-time while there were also chances created for Josh Cullen and Callum Robinson.

Ireland even had the ball in the back of the net in stoppage time through Matt Doherty but that was correctly ruled out for a foul on the goalkeeper by sub Will Keane in the build-up.