JACK Nicholson is one of America's most legendary actors.

Here we look at his top ten films. 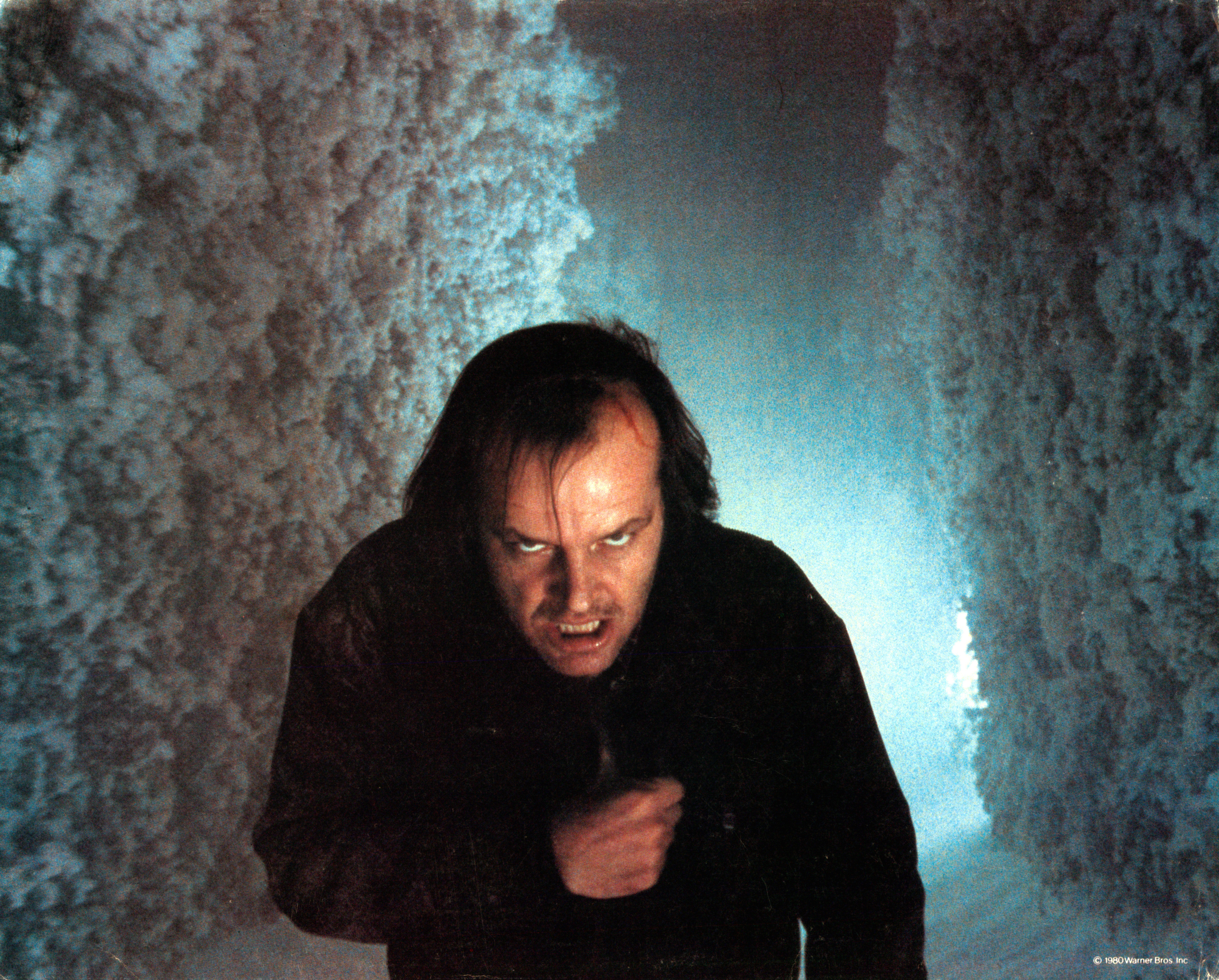 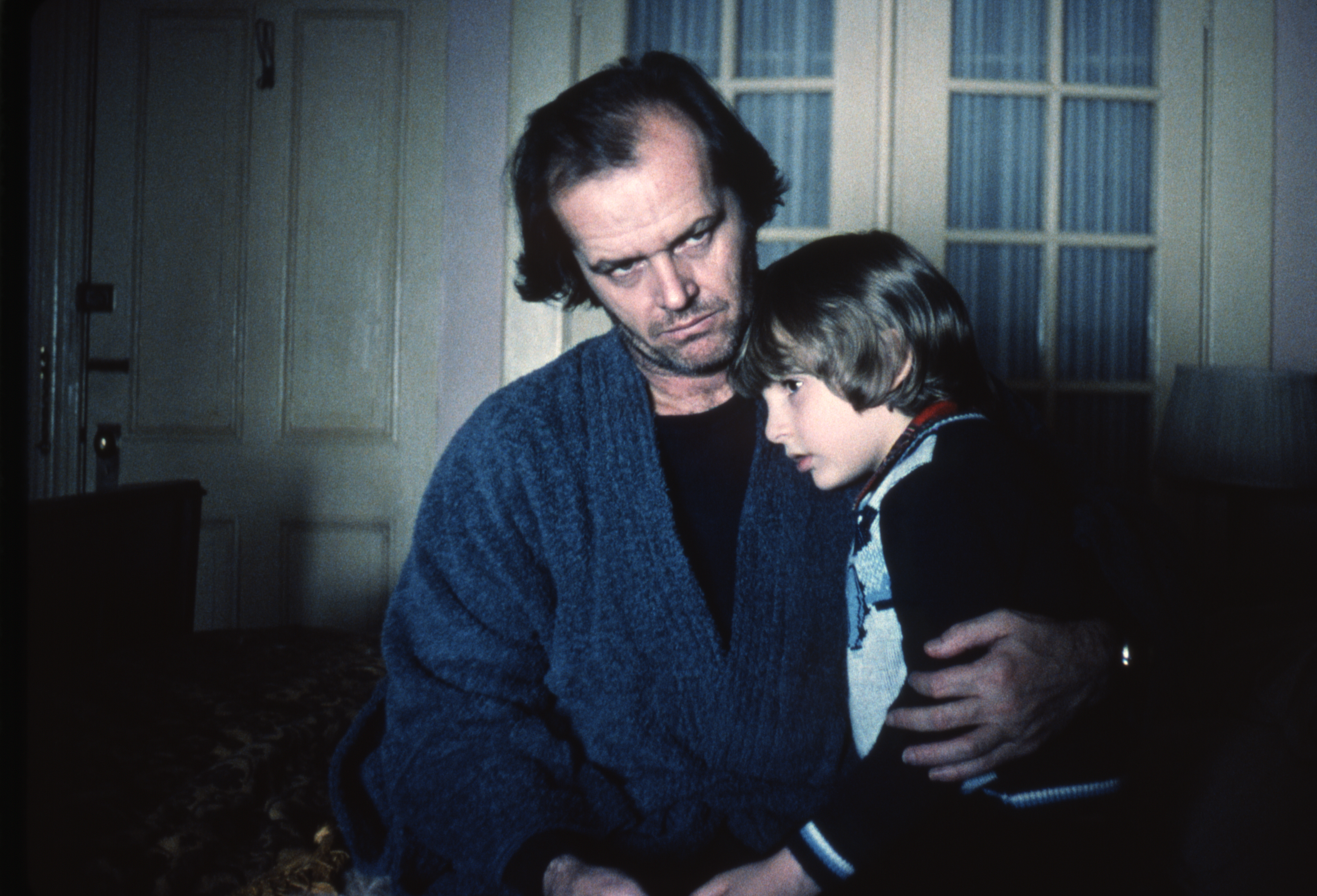 The actor plays Jack Torrance who becomes a winter caretaker at the segregated Overlook Hotel in Colorado, hoping to find a way to get over his writer's block.

He stays there with his wife, Wendy (Shelley Duvall), and his son, Danny (Danny Lloyd), who keeps having psychic premonitions.

As Jack continues to struggle with his writing and Danny's visions continue to get even more creepy, Jack finds out the hotel has very dark secrets and he begins to investigate a homicidal psycho who is on a mission to terrorize his family. 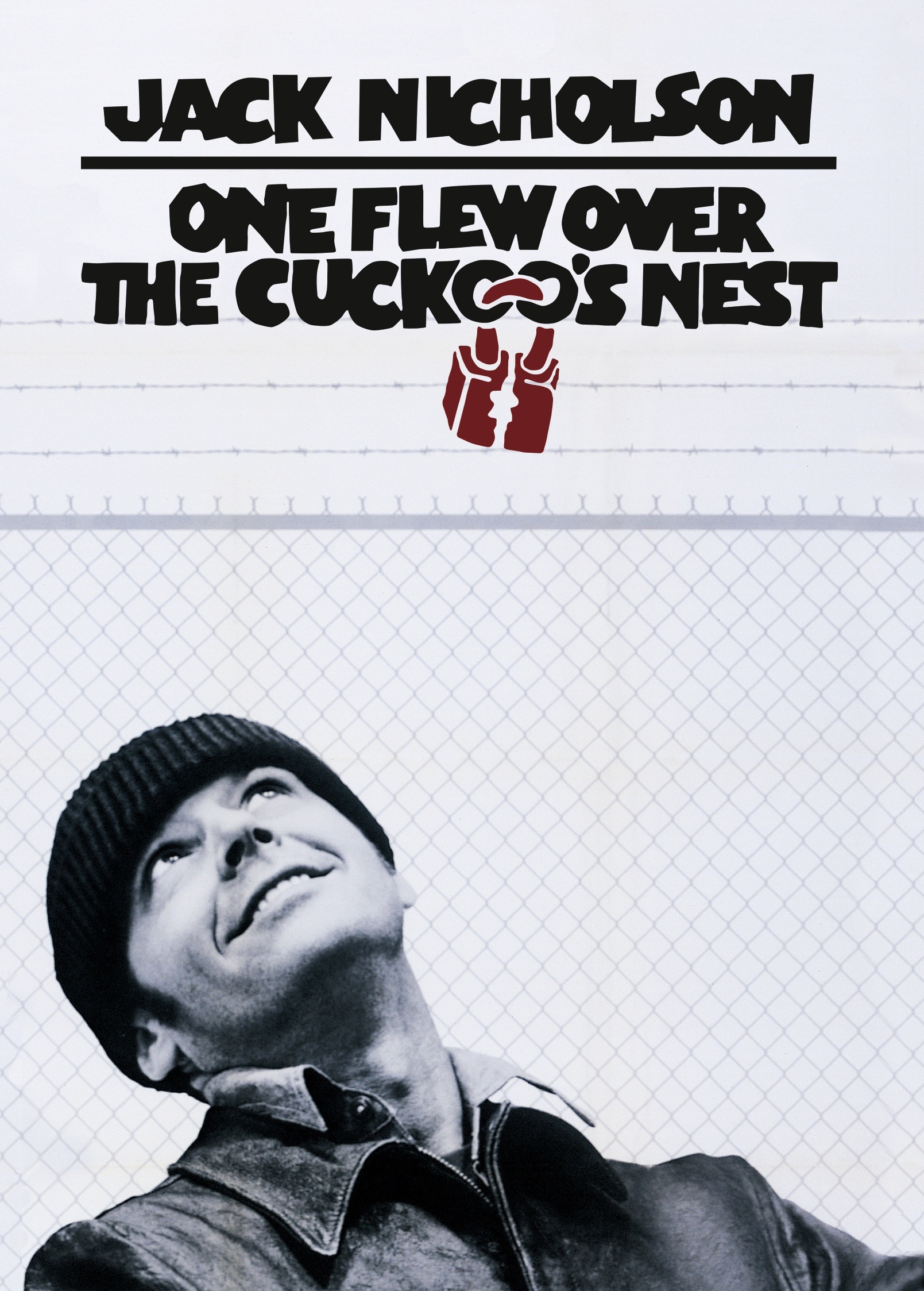 In this movie, Jack stars as Randle Patrick McMurphy who gets transferred for evaluation from a prison farm to a mental institution, he assumes it will be a less restrictive environment.

But the martinet Nurse Ratched (Louise Fletcher) runs the psychiatric ward with an iron fist and abuses her patients through the use of medication and sessions of electroconvulsive therapy.

The battle of wills between the rebellious McMurphy and the inflexible Ratched soon has a profound affect on all the ward's patients. 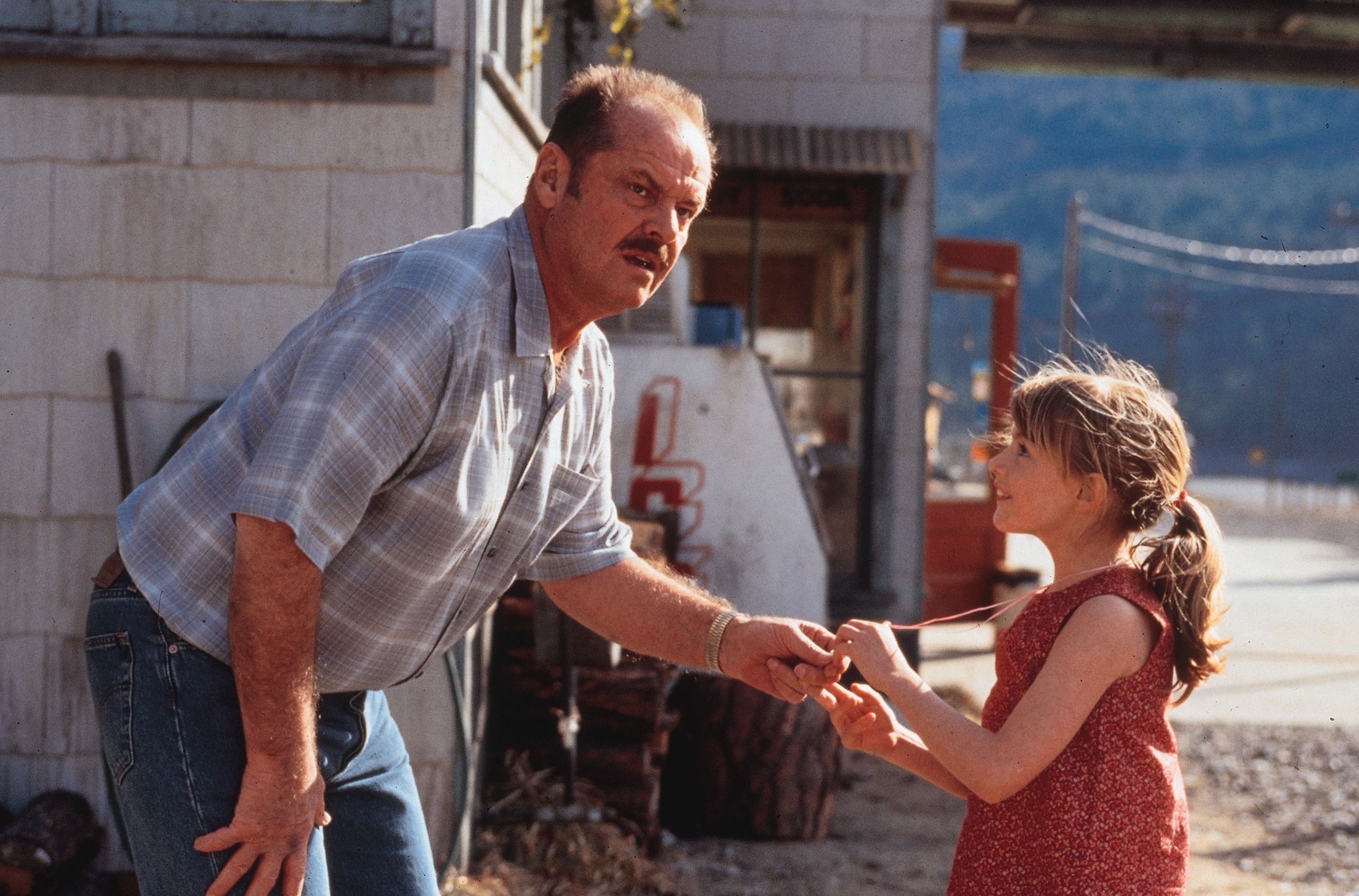 A veteran detective investigates a child murder in small-town Nevada, a case which he continues to work on despite being retired and moves into the neighbourhood where the killing took place.

When he begins a relationship with a local mother and her young daughter, he becomes even more motivated to nail the killer.

But by this time his colleagues reckon they have long since wrapped up an open-and-shut case. 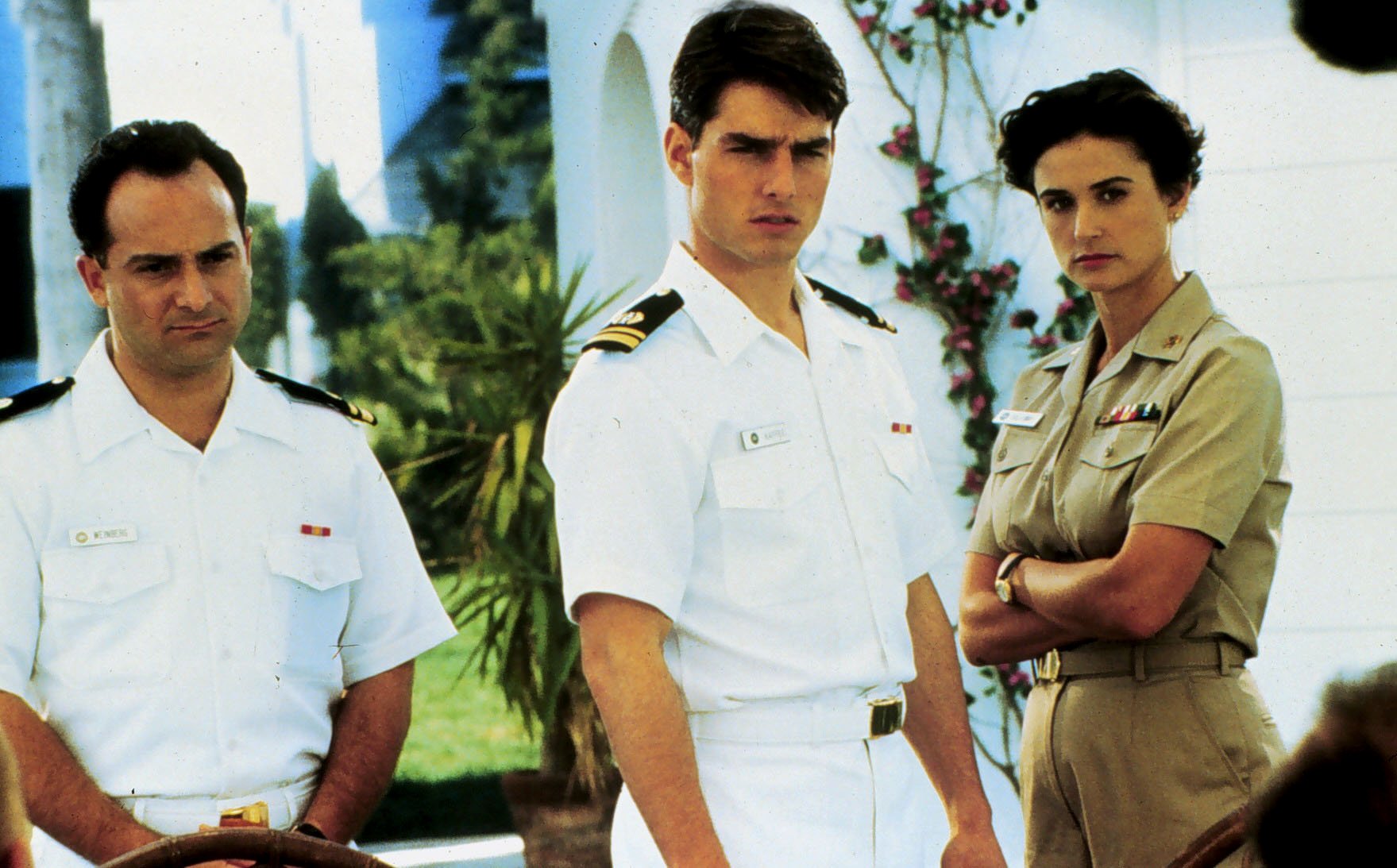 Although Kaffee is known for seeking plea bargains, a fellow lawyer, Lt. Cdr. JoAnne Galloway (Demi Moore), convinces him that the accused marines were most likely carrying out an order from a commanding officer.

Kaffee takes a risk by calling Col. Nathan R. Jessep (Jack Nicholson) to the stand in an effort to uncover the conspiracy. 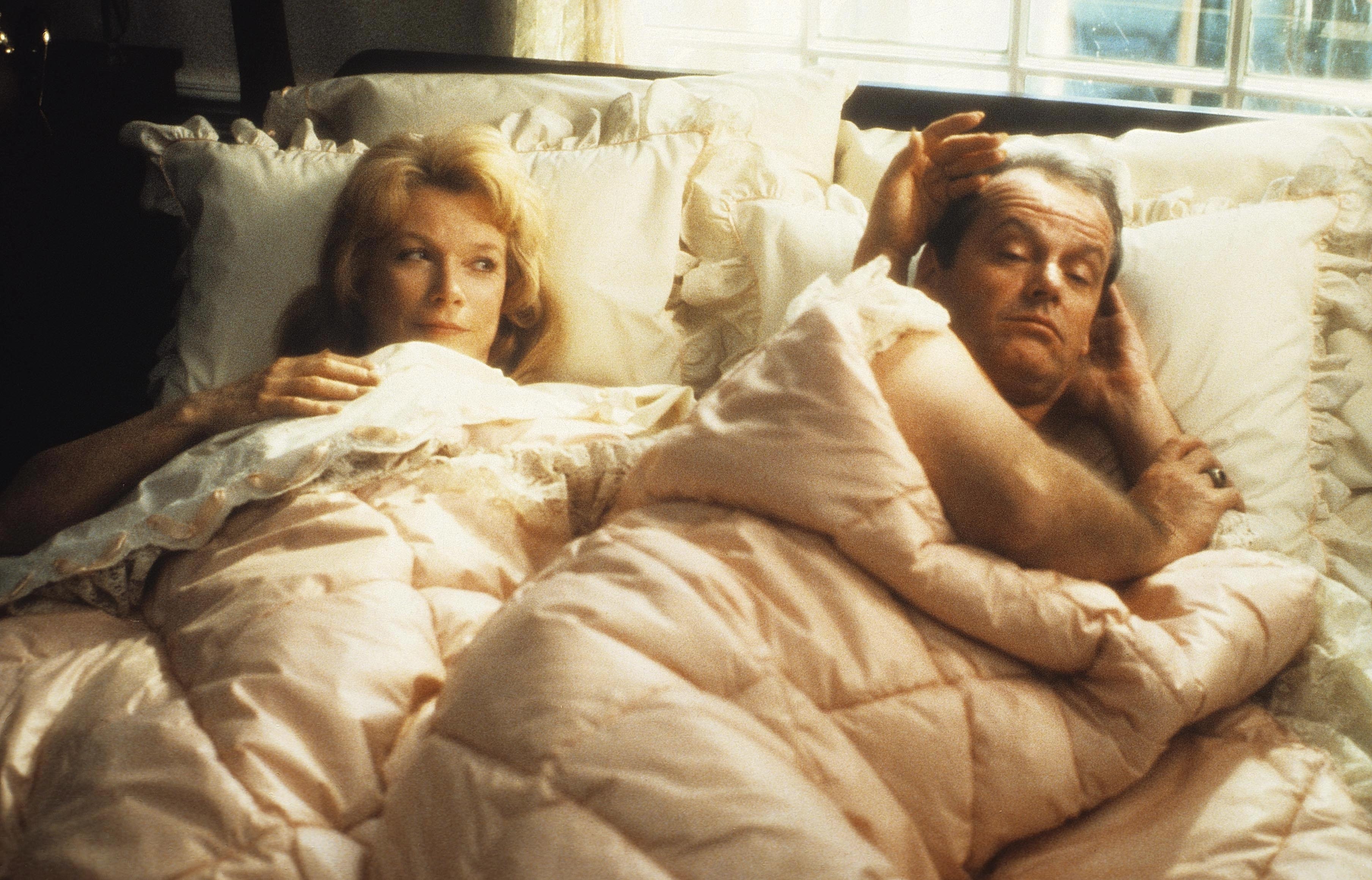 When the marriage takes a sour turn due to Flap's infidelities, Emma eventually splits from him, returning to her mother, who is involved with Jack's character who is a former astronaut.

Soon, Emma learns that she has terminal cancer. In the hospital, supported by Aurora, she tries to make peace with Flap and her children. 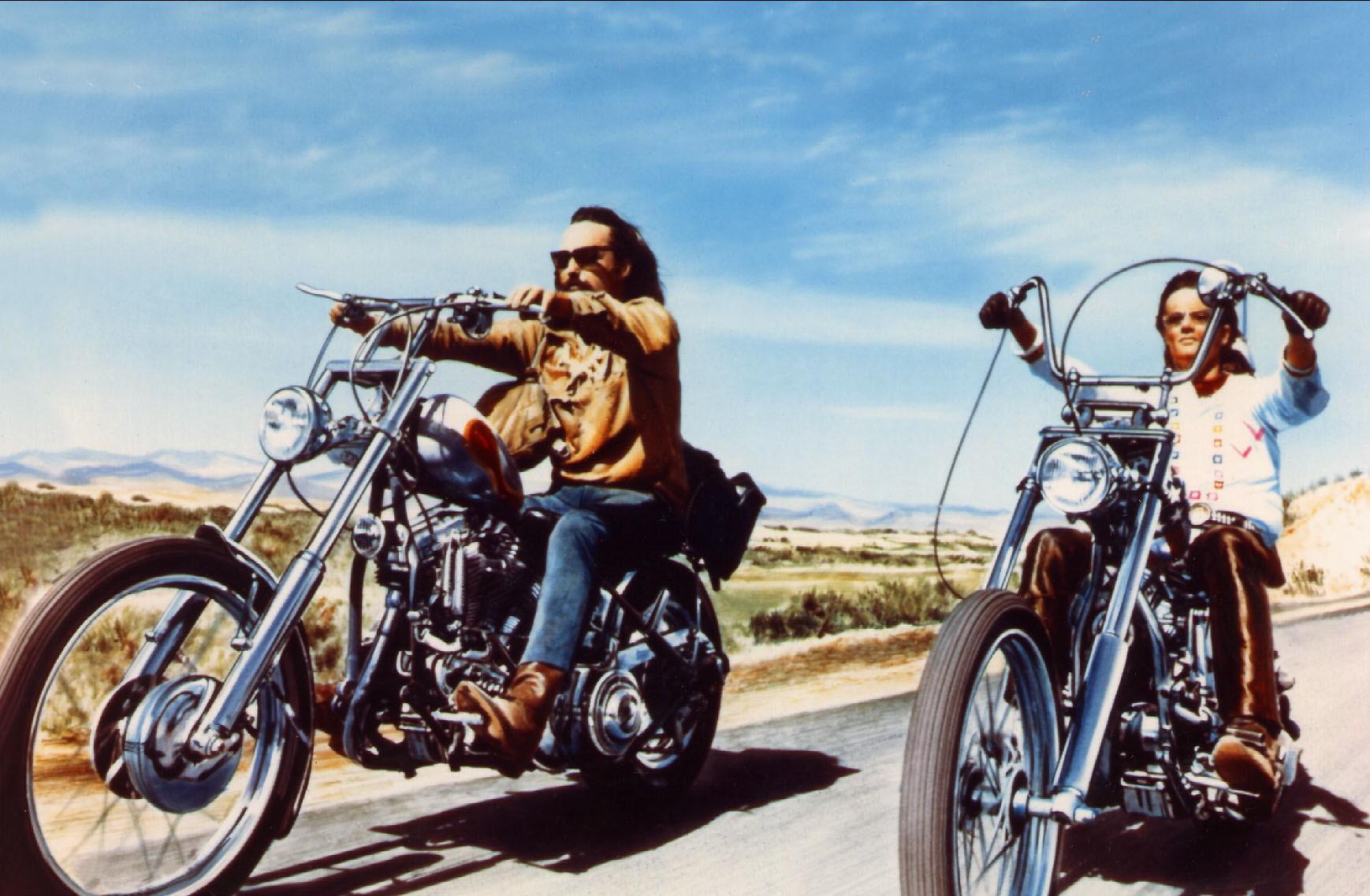 Jack stars in this road drama film from the late 60s which sess Wyatt (Peter Fonda) and Billy (Dennis Hopper), two Harley-riding hippies, complete a drug deal in Southern California and decide to travel cross-country in search of spiritual truth.

On their journey, they experience bigotry and hatred from the inhabitants of small-town America and also meet with other travelers seeking alternative lifestyles.

After a terrifying drug experience in New Orleans, the two travelers wonder if they will ever find a way to live peacefully in America. 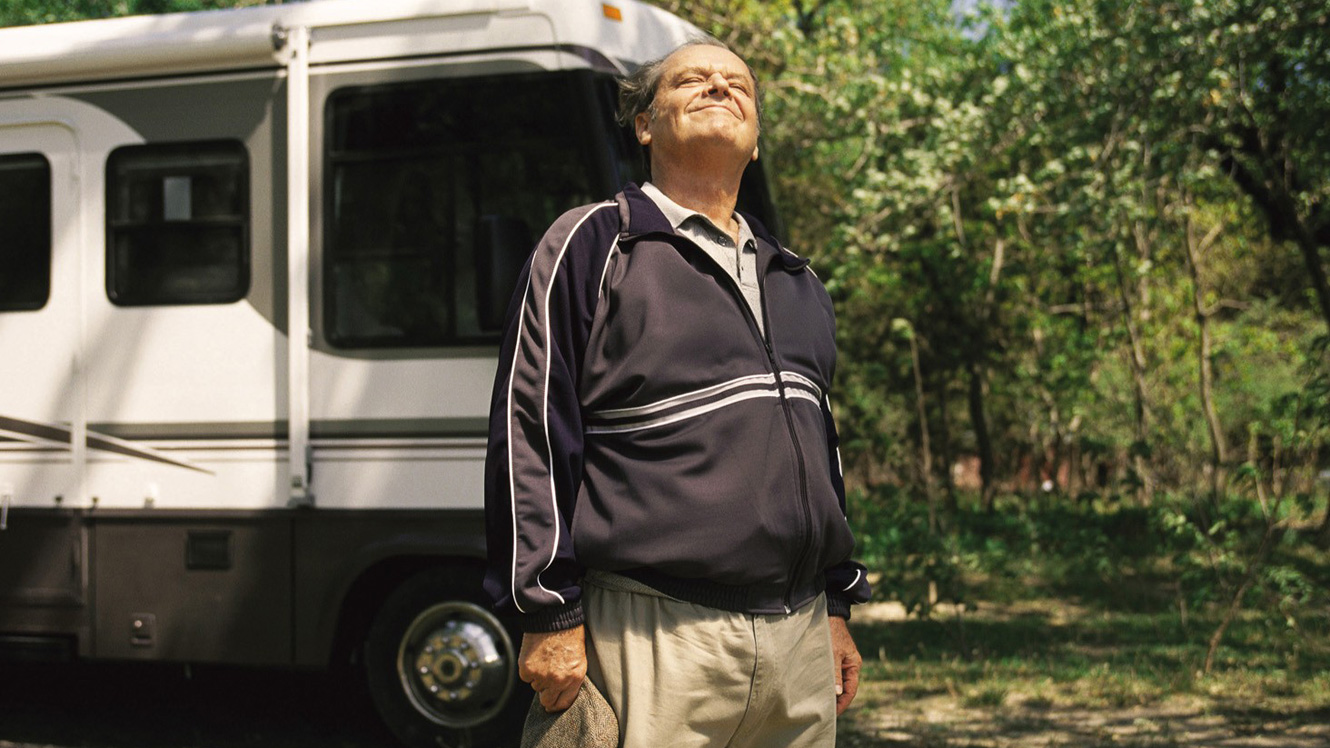 The American plays the lead as Warren Schmidt, a quiet ex-insurance actuary, is unhappily married to Helen and brooding over the forthcoming wedding of his daughter Jeannie to Randall Hertzel.

When Helen suddenly dies and he finds love letters to her from his best friend, he is inspired to try and stop the wedding.

But the one big obstacle is Randall's feisty mother, and slowly, he realises he must make the most of his remaining life. 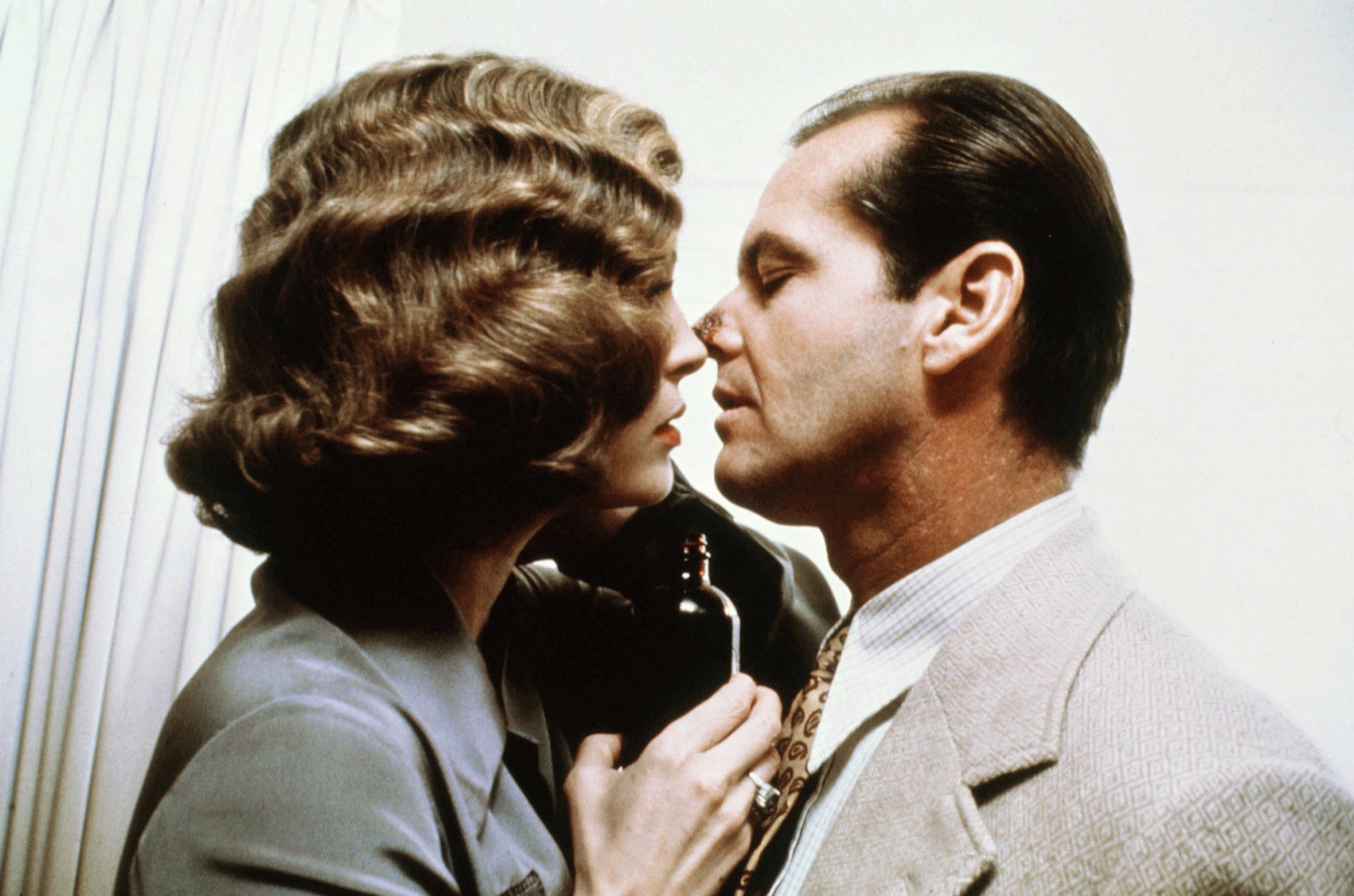 The actor stars as Los Angeles private eye J.J. "Jake" Gittes who is hired by Evelyn Mulwray to investigate her husband's activities, he believes it's a routine infidelity case.

Jake's investigation soon becomes anything but routine when he meets the real Mrs. Mulwray (Faye Dunaway) and realizes he was hired by an imposter. 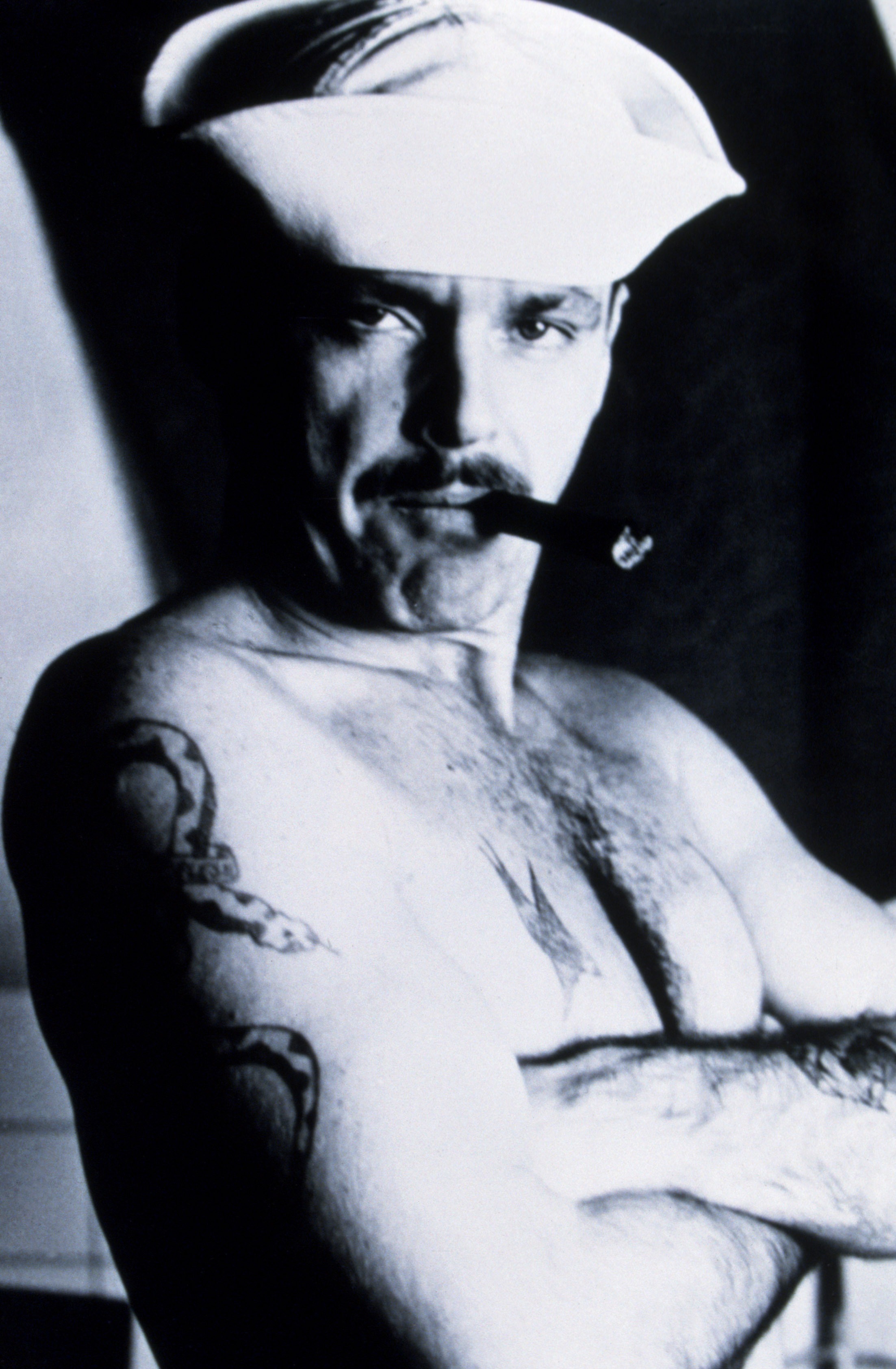 When sailor Larry Meadows (Randy Quaid) is sentenced to eight years in a New Hampshire prison, Navy lifers Billy Buddusky (Jack Nicholson) and Mule Mulhall (Otis Young) are assigned to escort him there from Virginia.

Along the way, they warm up to their prisoner, indulging him in small ways such as making excursions to a brothel, and to his mother's house.

As they get closer to their destination, their fondness for Larry makes it harder for them to execute their orders.

But when Robert discovers that his father is gravely ill, he wants to reunite with his estranged family in the state of Washington.

He and Rayette take a road trip that brings the two paths of his life to an uncomfortable intersection.