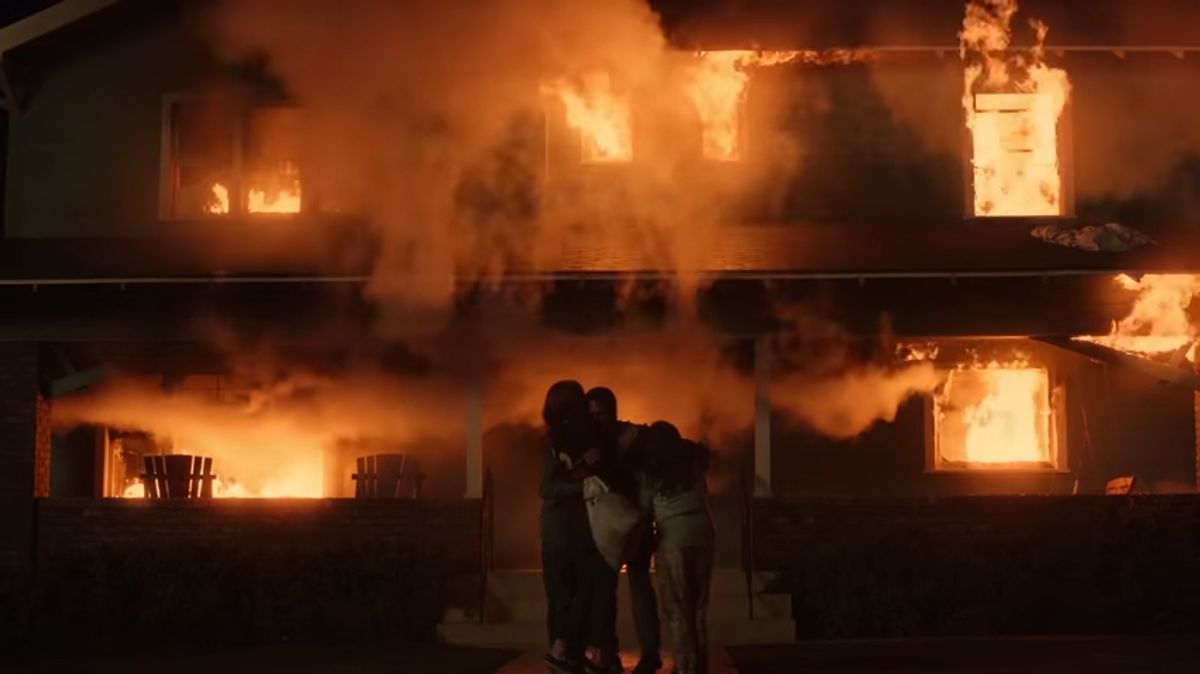 This Is Us, now in its fifth season, has been entertaining the small screen masses since September 20, 2016.

Every episode of the NBC drama has been jam-packed with intriguing storylines, causing fans to feel all the feels.

Some memorable This Is Us moments inspired hearty laughter and even concern.

Meanwhile, others handily brought on the tears as the Pearson family let us in on their lives in the present, in the past, and even in the future.

So, to shine a spotlight on these emotional times, the following are 10 significant scenes from This Is Us episodes that did not fail to pull at the heartstrings. Hard.

Oh, and while reminiscing about these This Is Us storylines, it might be helpful to keep a box of tissues handy.

Rebecca loses a triplet but ultimately gains another baby 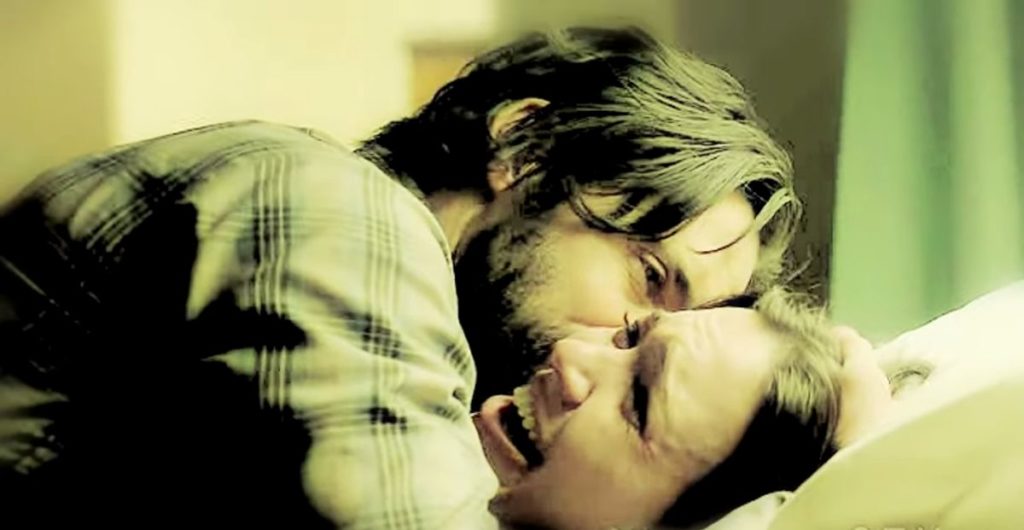 After Rebecca gave birth to Kevin and Kate, she was told she lost Kyle, the third triplet. Obviously, she was devastated.

However, in a solid case of synchronicity, Jack discovered that a newborn in the hospital had been left at a fire station before ending up in the nursery. The baby was unclaimed but not for long because the new father decided to make this baby his own.

Kate was not so easily convinced about this third addition after taking in her loss and then not bonding with the orphan at first sight.

However, after Jack pushed her to try to reconsider taking him into their family, she visited him in the nursery once again. He had been placed in a bed right next to where Kevin and Kate slept. Perhaps that was why Rebecca finally fell in love with the little guy.

Soon, Kyle became Randall and he joined the Pearson family, one case of many when the This Is Us storyline made lemonade out of lemons.

Young Kate gets slammed at the pool 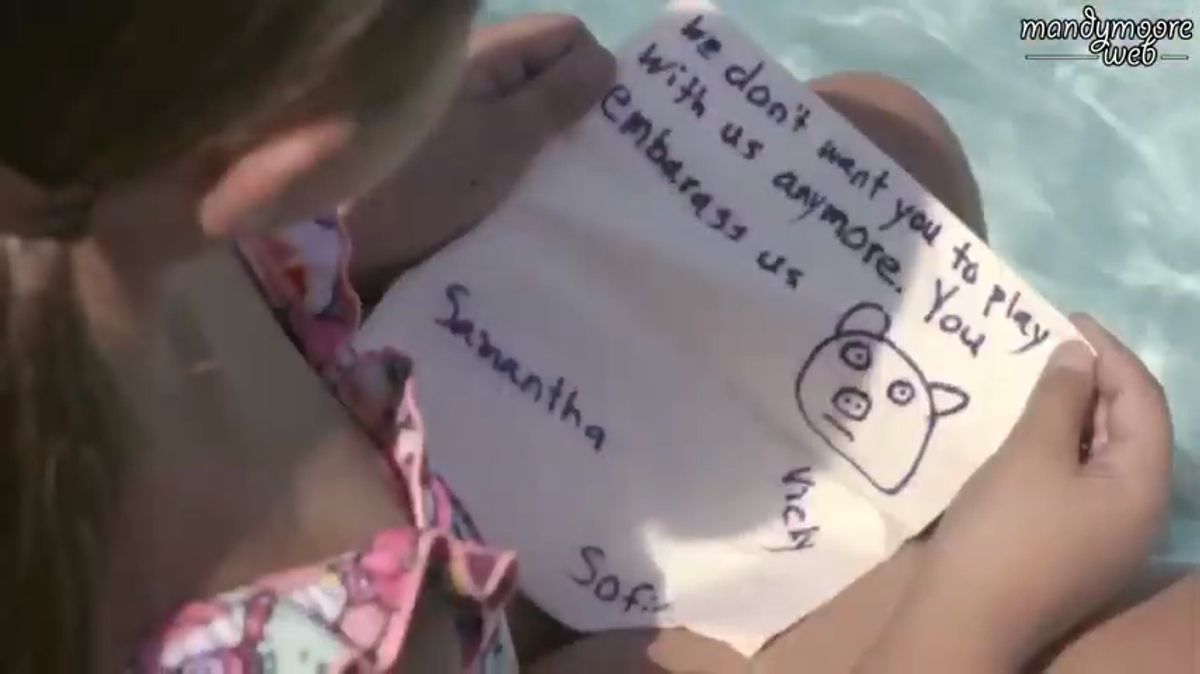 On one telling occasion, Kate decided to wear a two-piece bathing suit to the public pool.

Sadly, the girls she thought were her friends were not. In fact, they were bullies who went so far as to belittle this member of The Big Three by writing her a nasty note that made fun of Katie Girl’s weight.

The two meanies even went so far as to draw a picture of a pig after telling this Pearson sibling that they no longer wanted to play with her. They called her an embarrassment.

Tough stuff — but never fear because, as always, Jack came to the rescue.

He offered Katie Girl some magic in the form of a t-shirt he picked up at Daytona Beach when he was a reckless youth.

He told his daughter that if she wore the Florida tee, the faded garment would turn his preteen daughter into a princess.

He also made sure his child knew that even though the special t-shirt would transform her, her dad always believed Kate was a princess no matter what.

Kevin rushes to Randall’s side 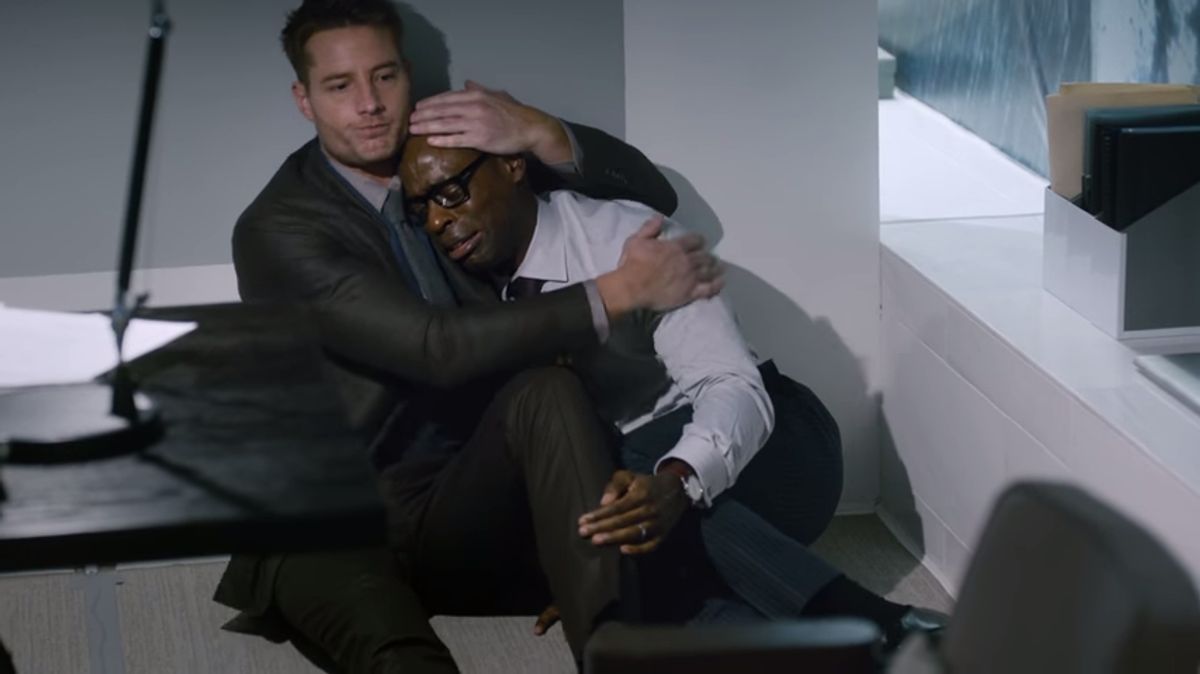 After he suddenly quits his sitcom The Manny, Kevin seemed lost after a move from Los Angeles to New York.

Then, when he was finally about to appear on stage in a play for which he had to fight tooth and nails to be able to perform, he received a call from Randall who appeared to be in dire straights.

So, just as Kevin was about to make his entrance while his entire family minus his brother were in the audience, this member of the This Is Us Big Three dramatically abandoned his show. Instead, he rushed to New Jersey to help Randall.

When Kevin found him, Randall was in the throes of a nervous breakdown.

Jack shows up at Kate and Toby’s wedding 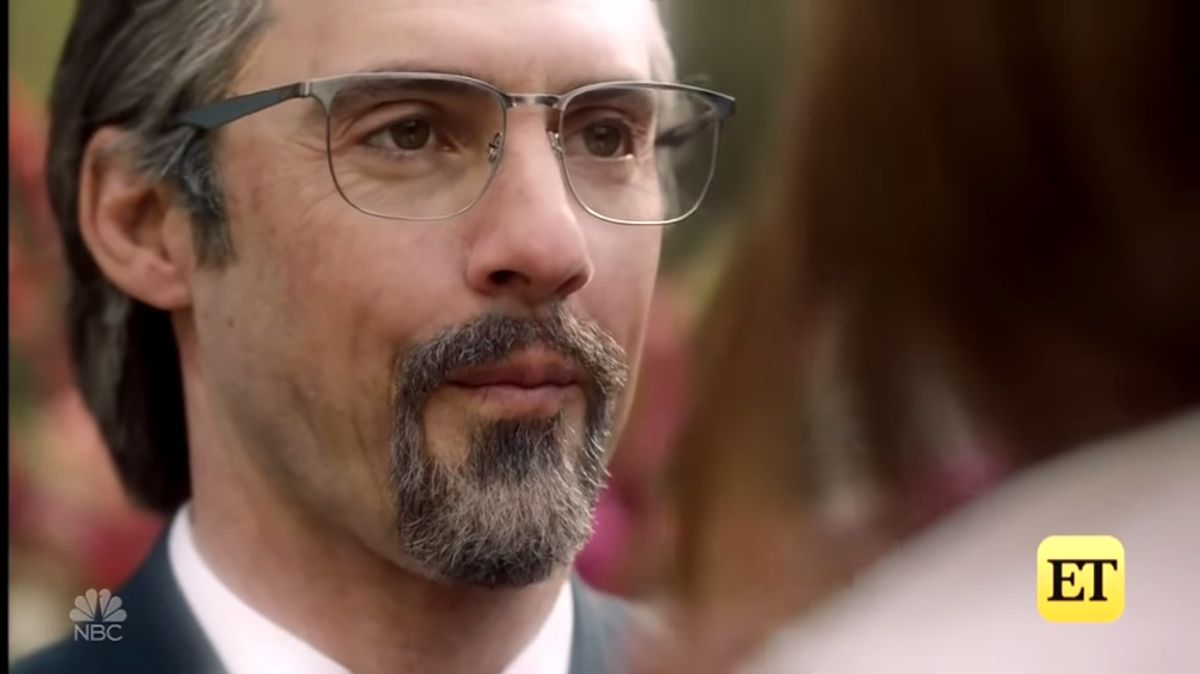 Anyone who has lost a life partner goes through so much grief that he or she wishes that person would reappear. The same goes for those who had a parent who died.

This Is Us recognized this difficult time in its story and allowed their patriarch Jack to return to the living after he died during seminal times in which an alternate reality existed.

During certain episodes, the Pearson patriarch apparently did not die from a heart attack after inhaling too much smoke while being a hero y saving his family and Louie, the family dog, during the Crockpot fire that took the Pearson home.

One such tear-jerking episode was when Kate wed Toby in the Season 2 finale in an episode called The Wedding. During the requisite reception, Jack was there, dancing with his daughter for the first time as a married woman. 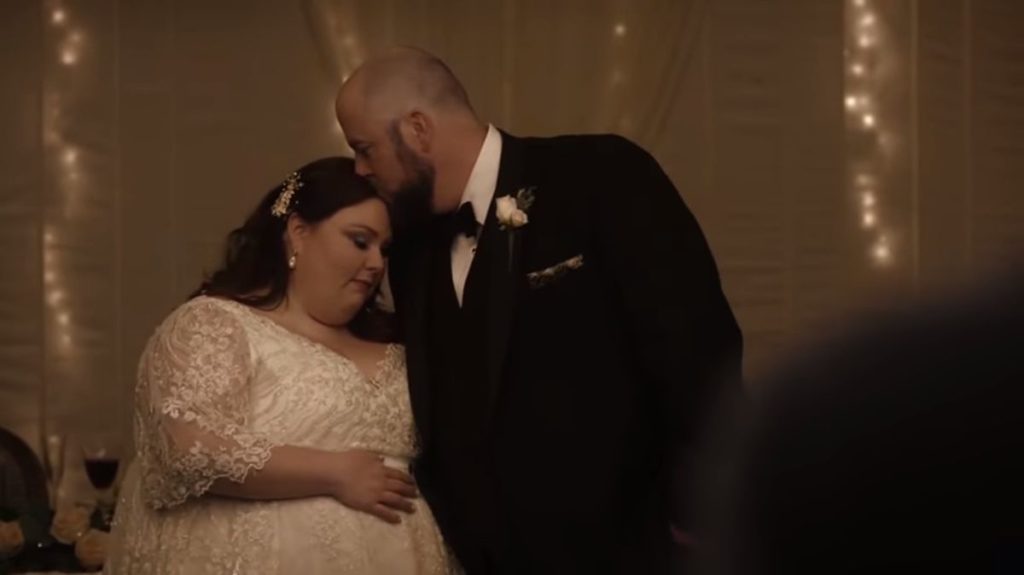 Before saying “I do” to Toby, Kate experienced last-minute wedding jitters.

In her inimitably dramatic way, she left the Pearson cabin where she was about to get hitched.

She drove to town to find a favorite ice cream parlor she once shared with her dad. Much to her dismay, the place had changed, so she continued searching.

Kate drove to a more rustic area and parked her car to wander through the woods. She headed for a special tree stump where she would often sit and talk to her dad.

This time, Jack was with there since she had brought his urn along for the ride. Sitting there, she told her dad she was too dependent on his memory even though she was about to marry the man who starred in her own personal love story.

The bride-to-be explained that Toby needed to have her full attention and that he would have that if she made room for him by letting Jack go. At that point, she opened the urn and scattered his ashes in the place where she felt closest to her sweet father.

Talk about a cry-worthy This Is Us moment.

A Vietnamese boy is killed on Nicky’s boat 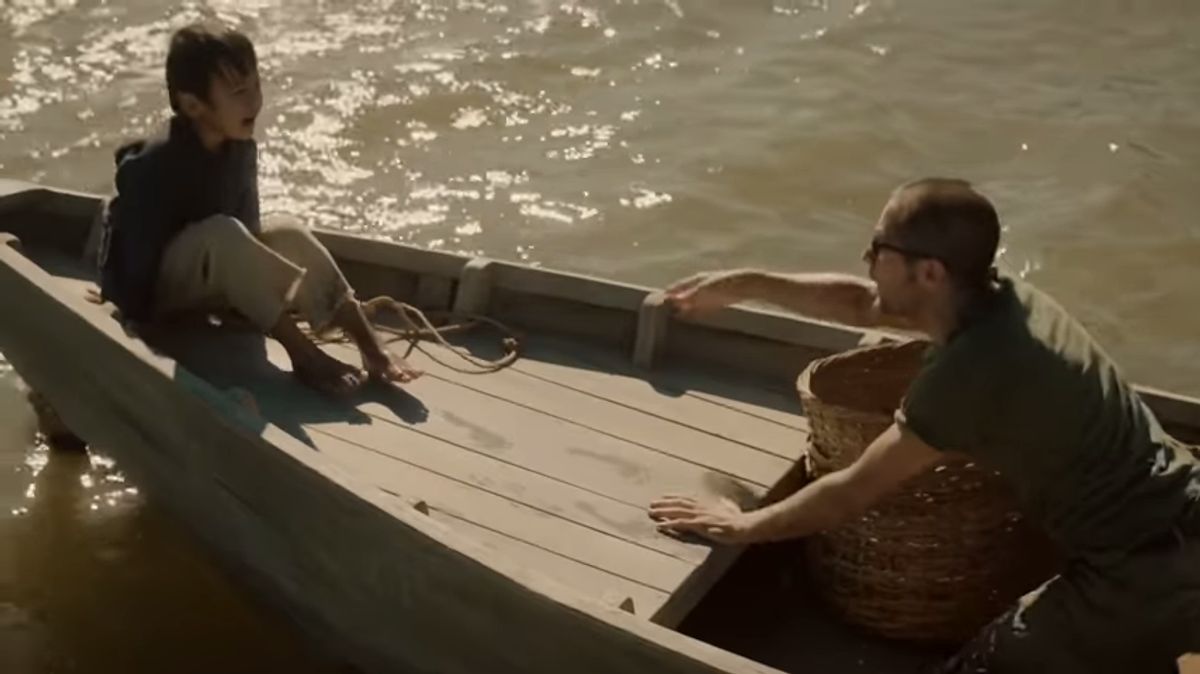 The defining moment causing Nicky’s ultimate reclusiveness happened when he was visiting Jack’s village. By then he had become a full-blown addict, taking whatever kind of drug he could get his hands on to try to get through being in a war for which he had been drafted in the late 1960s.

One day, he invited a local Vietnamese kid onto a small boat so they could go fishing like he and Jack used to do when the brothers were kids.

Sadly, this expedition ended tragically when a grenade Nicky pulled in order to throw into the water to kill the fish backfired and killed the boy instead.

After that, Jack’s little brother vanished.

Rebecca lied to Randall about his dad 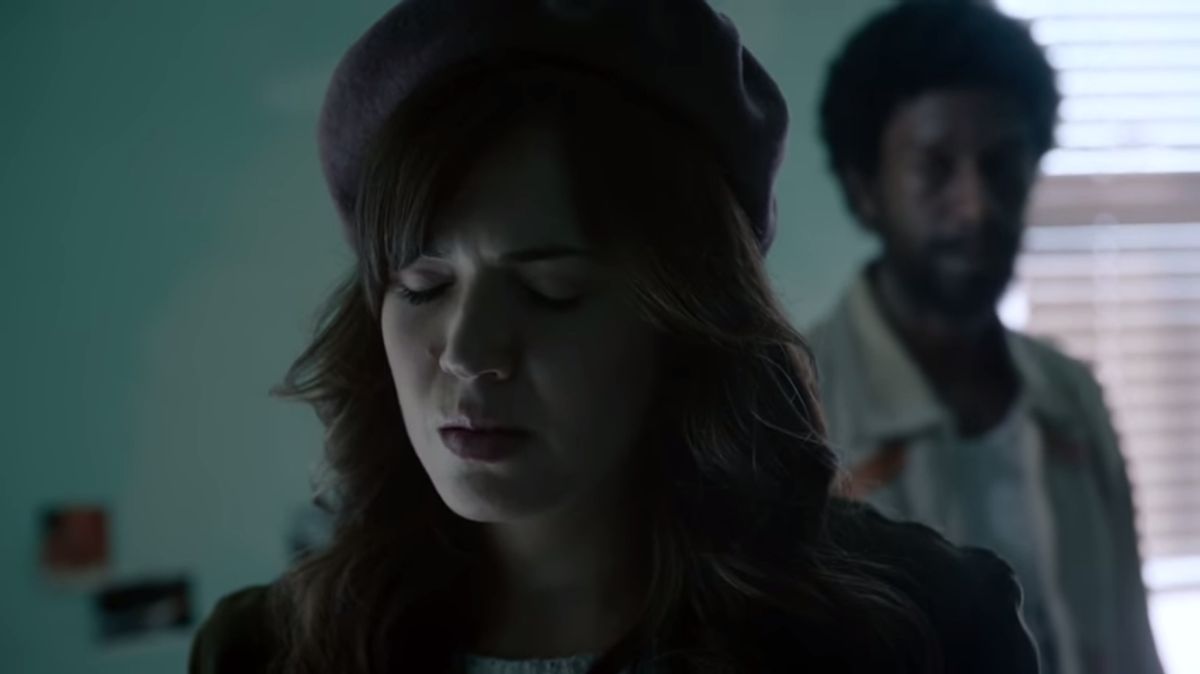 She met Randall’s dad when he was a newborn and she stayed in touch with him through the years even though she refused to let William see his son.

She reasoned that her decision came about because he was obviously a drug addict living in a dive in a bad part of town. Not only was he not a suitable companion for Randall, but he wasn’t just this man’s baby. He was hers.

So, when adult Randall, who had kids of his own, found out that Rebecca knew about who his dad was from the very beginning of his life, he was irate.

This sob story was worth every tear shed while watching This Is Us.

Toby gets good news but breaks down anyway 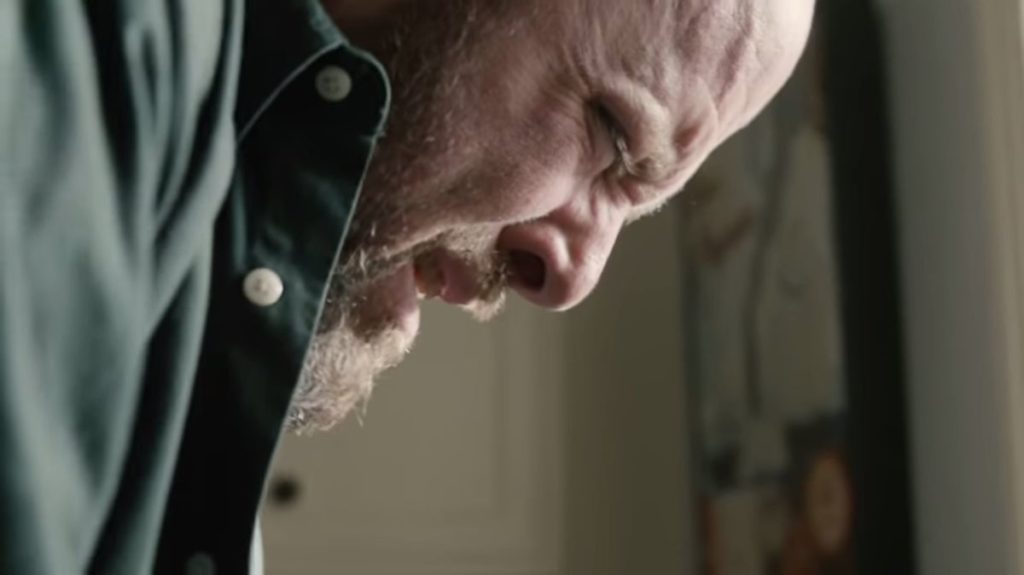 After taking a chance by getting a final IVF treatment before giving up on bearing a child, Kate and Toby planned to meet at 6 pm. to learn the outcome of the delicate procedure from the doctor.

Not thinking, Toby was late for the phone call. When he arrived at home, Kate reassured him she was there to receive the information. She also let him know their pregnancy efforts worked.

Despite this being a happy occasion for the couple, Toby did not take the news very well.

That was because he had made a sacrifice so that if the IVF procedure did not work, he was ready to be in good shape should they need to get pregnant the old fashioned way.

To help, he needed to stop taking his anti-depressants to make room for enough swimmers to get the job done.

Giving up those meds caused Toby to sink into the depression he had been trying to suppress.

So, after Kate told him the good news, he had a very bad, and a very sad, reaction.

After he quit his job, her boyfriend Mark decided to drive Kate to the Pearson family cabin during Season 4, Episode 13 of This Is Us.

Before they arrived, Kate inadvertently made him mad, causing him to drive so recklessly that his girlfriend demanded he stop. She tried to calm him down but he threw her out of the vehicle, saying, “I can’t even look at your fat face.”

Kate called her mom from a nearby gas station but did not tell her what had happened. Then Mark pulled up and sweet-talked Kate into continuing with their adventure.

When they reached the cabin, they were getting along until Kate unwittingly riled Mark again. This misstep caused him to lock her out of the cabin, which led to her screaming to be let back in as she stood outside in the cold. Then, she tried to get in by smashing a window as the glass cut her wrist.

Mark made sure Kate was raw and broken by the time he finally opened the door.

Kate’s brothers and her mom showed up at the cabin the next morning to see if Kate was okay. She tried to act like everything was just fine.

However, when her brothers noticed that the cabin was cold and they found the broken window, Mark owned up to what happened.

Rebecca’s reaction was immediate. She told Mark to get out of her house. She gave him two minutes to leave after telling him that this was the last day he would ever see her daughter.

No doubt, the damage was done and Kate’s first serious relationship was beyond repair so she cried in her mother’s arms about what had transpired.

The doctor who delivered Kate and Kevin on This Is Us — and who was forced to tell Rebecca that the third triplet had died — dropped by the church to pay respects to Jack after he died.

When Doctor K met up with Rebecca outside the entrance, he did as he always did. He lightened the moment by telling her he had to stop meeting her during such dramatic moments in her life.

Then he dropped some news on the grieving widow she had not expected. He said that Jack would drop in on him without an appointment to get advice about how to raise his children.

After admitting Jack did a fine job, Rebecca said she couldn’t do life without him. Doctor K begged to differ, telling her she was strong and could continue to make sure her three kids were both happy and healthy in the coming years.

As they talked, Rebecca cried, causing the older man to pull out a handkerchief from his pocket to wipe away her tears before she got on with life despite her huge loss.

This Is Us airs Tuesdays at 9/8c on NBC.