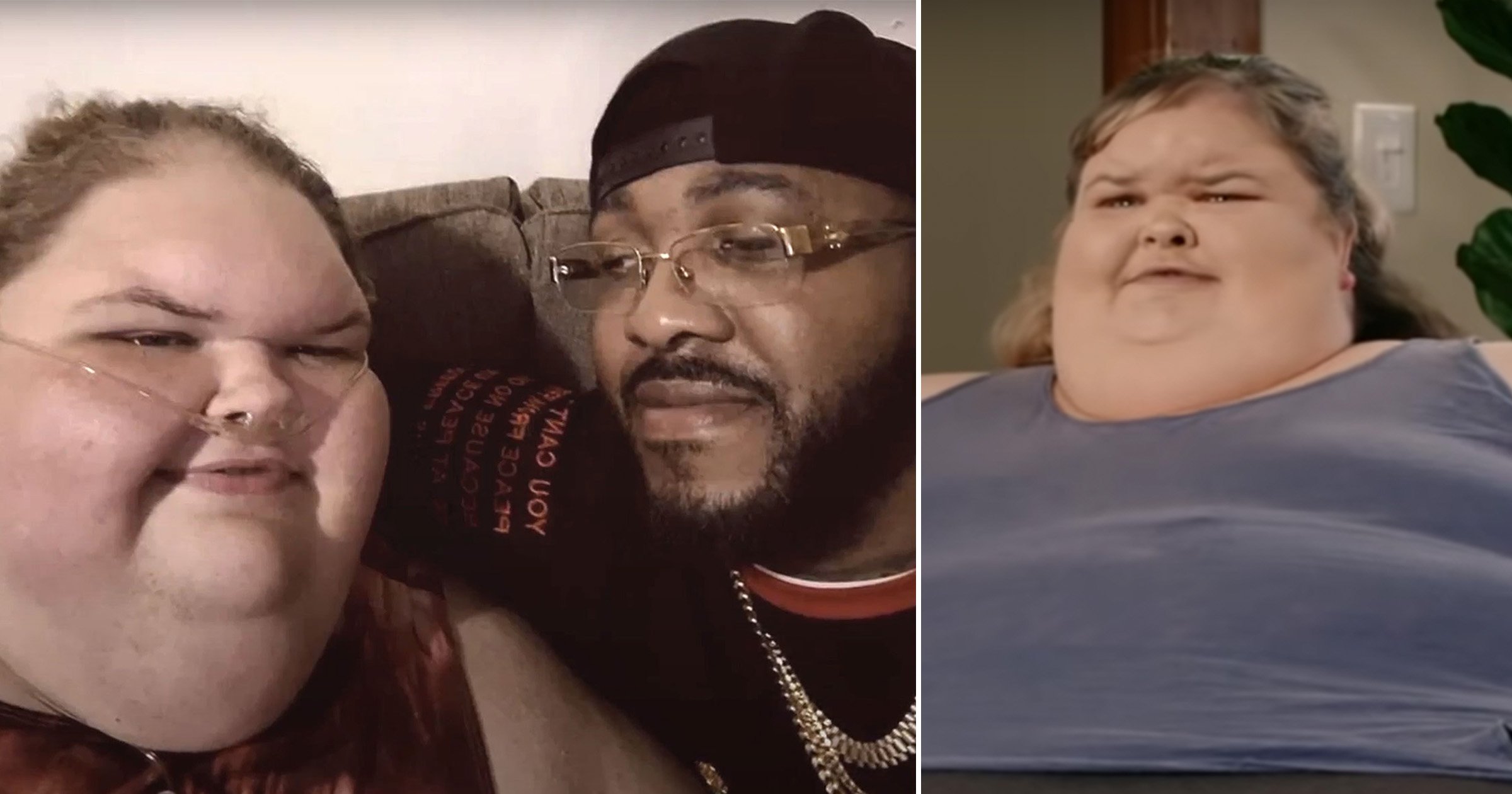 Tammy Slaton has confirmed her split from boyfriend Phillip, after a series of arguments.

The 1000lb Sisters star, 35, recently introduced her new beau to viewers after meeting him on social media, and vowed that she had found ‘true happiness’ with him.

But it seems they have already gone their separate ways.

In a clip from Monday’s episode, obtained by People Magazine, she could be seen going for a workout with sister Amy Slaton – who had previously voiced her fears about Phillip’s motivations in their romance.

When asked how things are between them, Tammy admits: ‘We broke up.

‘I guess you could say I did it, cause I was tired of fighting with him and he said my insecurities were my problem. And, like, at the beginning of the relationship I told him, I was like, can you promise you’ll help me through my insecurities. He said it got to be too much.’

Her sibling then suggests their break up could be positive and give her time to work on her ‘inner demons’, and losing weight after leaving a food rehab facility.

Tammy questions: ‘I got an inner demon?’

To which Amy replies: ‘Yeah, your inner food addiction, and your insecurities. Now with your Dr Smith appointment coming up you’ve got to show some real progress, so you need to do this like, every day. Even when I’m not around.’

Speaking to the camera, she continues: ‘Tammy told me she broke up with Phil, and I’m like, about damn time. Now you need to work on yourself. Tammy don’t need somebody that wants her to be a glutton.

‘I’m hoping with the whole breakup, it don’t deter Tammy away from her weight loss, because she needs to lose this 25lbs. The doctor gave her a goal.’

Tammy adds in a separate interview: ‘I’m very quick to trust, and that’s one of my downfall. So in the long run, I do end up getting hurt real hard, real bad.’

The star confirmed her former romance with Phillip in a recent episode, and explained that they first got talking on social media.

While she initially wanted to keep their budding romance under wraps, She announced that they were already exclusively dating.

’Meeting Phillip for the first time, I mean, it was great. We talked and held hands and just watched TV, and got to know each other. I like everything about him. I like how he makes me feel,’ Tammy said.

‘Like, he makes me happy. And I can honestly say this is happiness.

‘Phillip and I are together. That’s my man. I’m his woman. I can see a long life with Phillip. Even though we just met, it feels like I’ve known him forever.’