What a welcome home. In the A Discovery of Witches Season 3 premiere (streaming on AMC+, Sundance Now, and Shudder) Diana and Matthew return to the present to find things haven’t been going well in their absence. From a heartbreaking death to intra-family conflict to a blood rage-infected vampire, the witch-vampire couple is dealing with a lot in the first episode of the fantasy-drama’s final season.

[Warning: This article contains spoilers for A Discovery of Witches Season 3 Episode 1.] 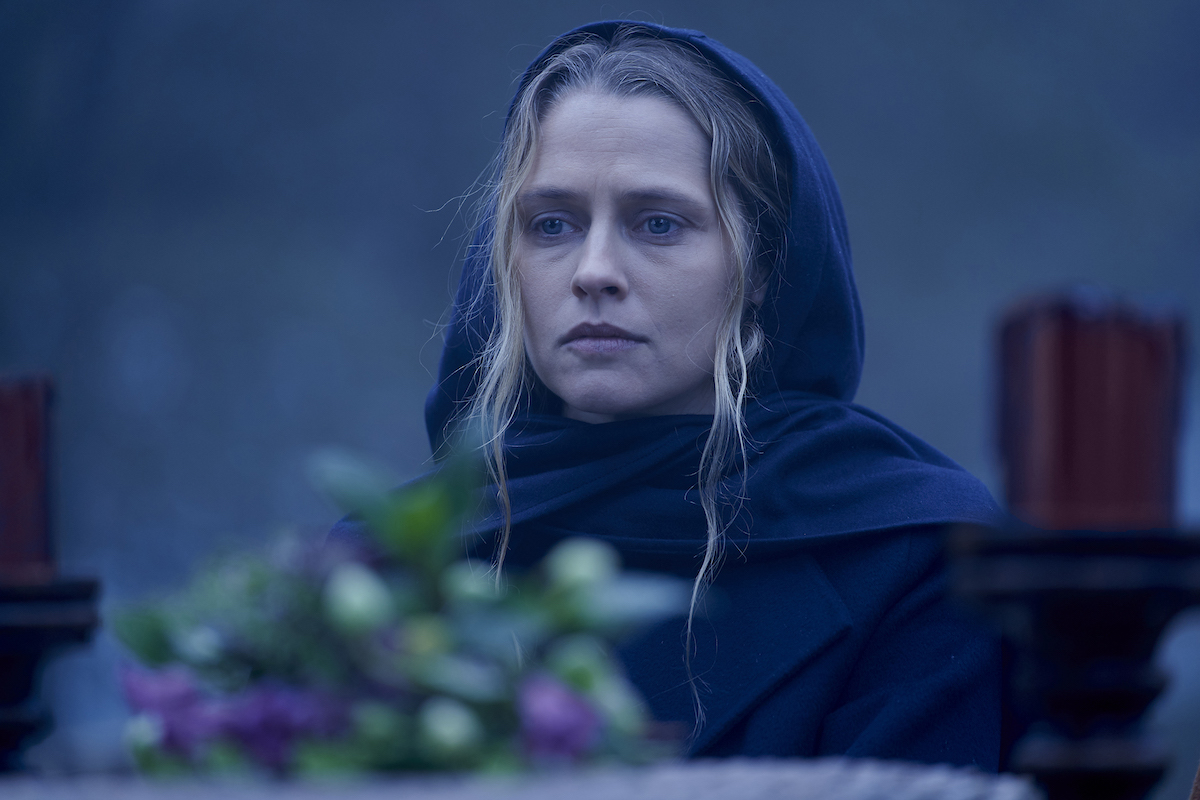 Emily (Valarie Pettiford), who appeared to meet her end at Knox’s hands in last season’s finale, is clinging to life. She hangs on just long enough for Diana to see her beloved aunt draw her last breath, leaving both her niece and her partner Sarah (Alex Kingston) bereft.

Unfortunately, there’s little time for grieving. Knox’s assault on the castle and murder of Emily is a serious violation. Congregation member Agatha (Tanya Moodie) heads to Venice in the hope of preventing Knox from spinning a false story about the attack.

But Knox isn’t the only threat to Diana, Matthew, and their allies. A vampire infected with blood rage has been slaughtering humans in Oxford. It’s a fact that rival vampire Gerbert (Trevor Eve) will try to use against the DeClermont family, Ysabeau (Lindsay Duncan) points out.

Tension in the DeClermont family

Matthew might be back at his family’s ancestral home, but it’s not exactly a joyous reunion for the vampire clan. Marcus (Edward Bluemel) still resents his sire for concealing that he was a blood rage carrier. Matthew blames Marcus for not preventing Knox’s attack on Sept-Tours. He lashes out at his son for his mistake, one of several times he explodes in anger in this episode. Matthew’s always had a hair-trigger temper, but in the premiere, he’s simmering with even more rage than usual. The only time he appears the slightest bit relaxed is when he realizes Diana is pregnant with twins.

The tension among the DeClermonts only rises when Matthew’s brother Baldwin returns to Sept-Tours. (Note: If this Baldwin looks a little different than before, that’s because Peter McDonald has taken over the role from Tristan Gravelle in season 3.) The not-so-happy group sits down for an awkward meal, where Baldwin cooly asserts his status as the head of the family. He explains he plans to uphold the rules of the Covenant his late father established, which prohibits creatures from intermingling. That’s despite Diana’s argument that the ancient law “has outlived its usefulness.”

Baldwin swiftly boots all the non-vampires out of Sept-Tours to prove to the Congregation that he’s taking the Covenant very seriously, even if the rest of his family isn’t. Later, Marcus suggests he Matthew, and the others start their own scion so they’ll no longer be subject to Baldwin’s decrees. But Matthew inexplicably nixes that idea, saying he wants to keep the family together.

Peter Knox loses his seat in the Congregation 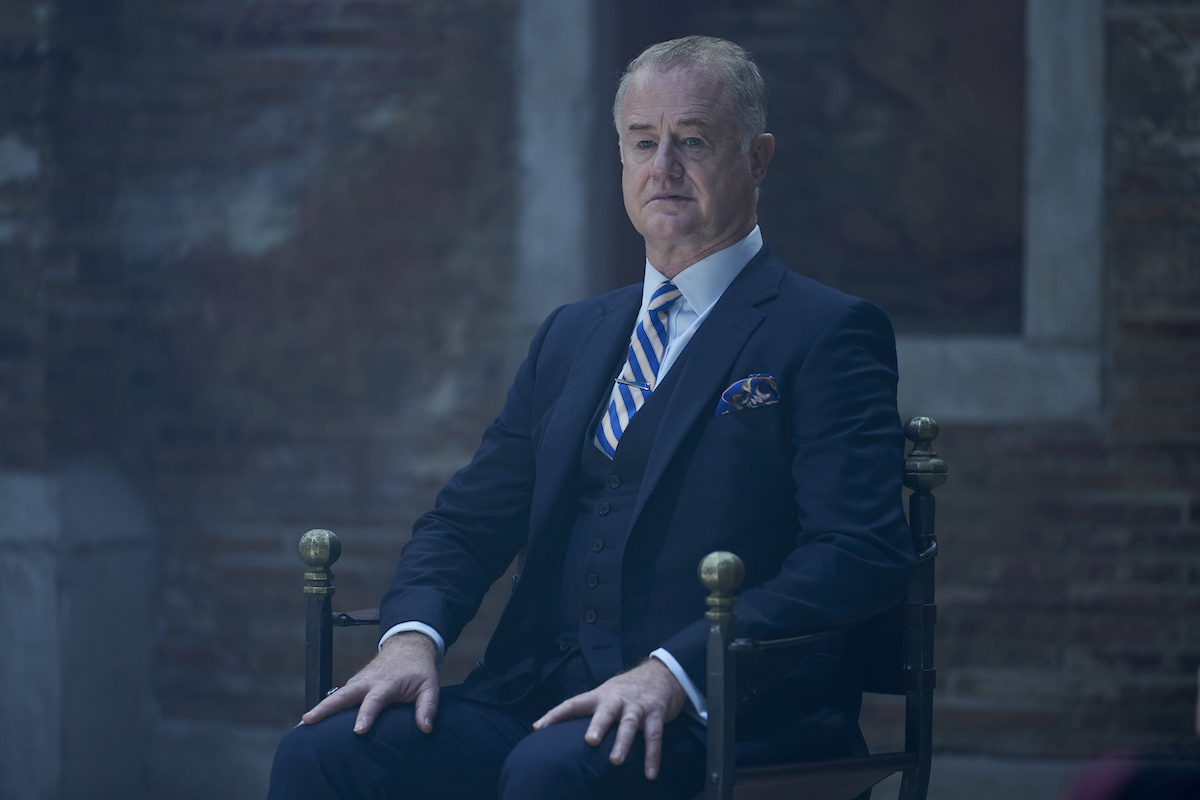 While the DeClermonts argue amongst themselves in France, Agatha does some politicking in Venice. At first, her plan to confront Knox during an emergency Congregation meeting seemed doomed to fail. Daemons have the least sway on the council, and Knox has powerful allies. But surprisingly, her play succeeds.

The attack on Sept-Tours has outraged Baldwin, and he joins Agatha in voting to oust the witch from the Congregation. Surprisingly, Satu (Malin Buska) also votes against Knox. This surprising move suggests Knox’s one-time puppet is now playing her own game. Domenico (Gregg Chillin) is another wild card. He sides with Knox during the crucial vote but later proposes an alliance with Baldwin.

Even though Knox has lost his official position, he makes it clear he’s not giving up his fight to get his hands on the Book of Life and to keep the different species of creatures segregated. In some ways, he’s even more dangerous now that he’s a lone wolf.

Matthew and Diana search for a cure for blood rage

Diana and Matthew leave Sept-Tours and head to London. Matthew – who, remember, is a biochemist in addition to being a centuries-old vampire – wants to use the page from the Book of Life to find a cure for blood rage. Fortunately, Diana’s scientist friend Chris (Ivanno Jeremiah) has a state-of-the-art lab he’s willing to share. Their research gets underway, but they’ll need to act fast because the blood rage vampire is back to slaughtering humans.

In the premiere’s final moments, viewers get a clear look at the killer’s face. He’s not someone we’ve seen before. But it’s likely this mystery vampire has a connection to Benjamin, a vampire whose name gets dropped several times in this episode.

Matthew sired Benjamin during the Crusades, turning him into a vampire as a punishment and then abandoning him, even though he was infected with blood rage. Diana remembers that she met a vampire in Bohemia named Benjamin (James Ifans) who recognized her DeClermont family mark, though Matthew insists that isn’t possible. In the season 2 finale, the same man was lurking in the shadows after the blood rage vampire attacked Domenico.

So, who exactly is Benjamin, and what’s his connection to the blood rage vampire? Those who’ve read Deborah Harkness’ books know he ends up playing a critical role in the series’ final chapter, which continues in the next episode of A Discovery of Witches Season 3.