Kristin Cavallari doesn’t have time to mess around with rumors. For more than a year, a rumor that the former “The Hills” star was involved in a love triangle with “Southern Charm” stars Austen Kroll and Craig Conover has been circulating, and she is over it.

In a series of July 21 Instagram Story videos, Kristin said, “These two guys that I’ve been linked to for the past year are my friends. That’s it. I’ve never dated either one of them. I can guarantee that I’m not gonna date either one of them. And it’s possible for a grown woman to be friends with a grown man.” Mic drop!

Kristin split from her husband of seven years, former NFL quarterback Jay Cutler, in April 2020. The couple shares three children together: sons Camden and Jaxon and daughter Saylor, per People. But before Kristin and Cutler got together in 2010, she had nearly a decade of very public and high-profile relationships. Keep reading to take a walk down memory lane with Kristin Cavallari’s relationship history.

Kristin Cavallari has been involved in love triangles in the past 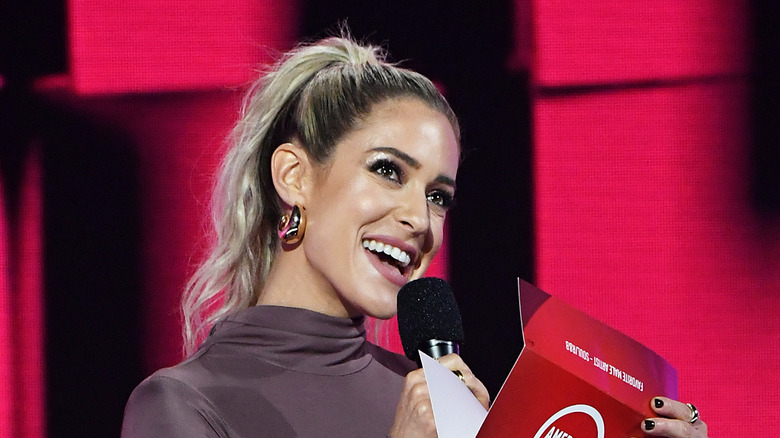 When “Laguna Beach” premiered, Kristin Cavallari was dating her high school boyfriend Stephen Colletti. In her book “Balancing in Heels,” (via E! News), she wrote, “Stephen was the most important thing in my life, and there was nothing I cared about more.” Kristin also dated fellow “Laguna Beach” star Talan Torriero, per Us Weekly.

After Stephen graduated from high school, Kristin dated former USC and NFL quarterback Matt Leinart. At the time, Leinart was the Heisman Trophy winner (per Heisman). Kristin also dated Brody Jenner from 2005 to 2006, per Life & Style. And she was linked to Nick Lachey and Chris Evans in the mid-2000s but later denied she dated Evans, per Us Weekly. Kristin dated “What I Like About You” actor Nick Zano and had his initials tattooed on her wrist, per E! News. When they split in December 2007, she had the tattoo removed.

In 2010, she had a super-secret relationship with MTV cameraman Miguel Medina. At the time, she and Brody were carrying on with their fake relationship on “The Hills.” In an episode of “Very Cavallari” (via E! News), she said of Medina, “We dated for a few months and nobody knew.” That same year, she met and started dating NFL quarterback Jay Cutler. They got engaged after eight months and, after a brief split in 2011, they married in 2013. The couple announced their divorce in 2020, per Life & Style.