The 20-year-old influencer put on an eye-popping display in the attention-grabbing look as she attended the Hollywood bash in person. 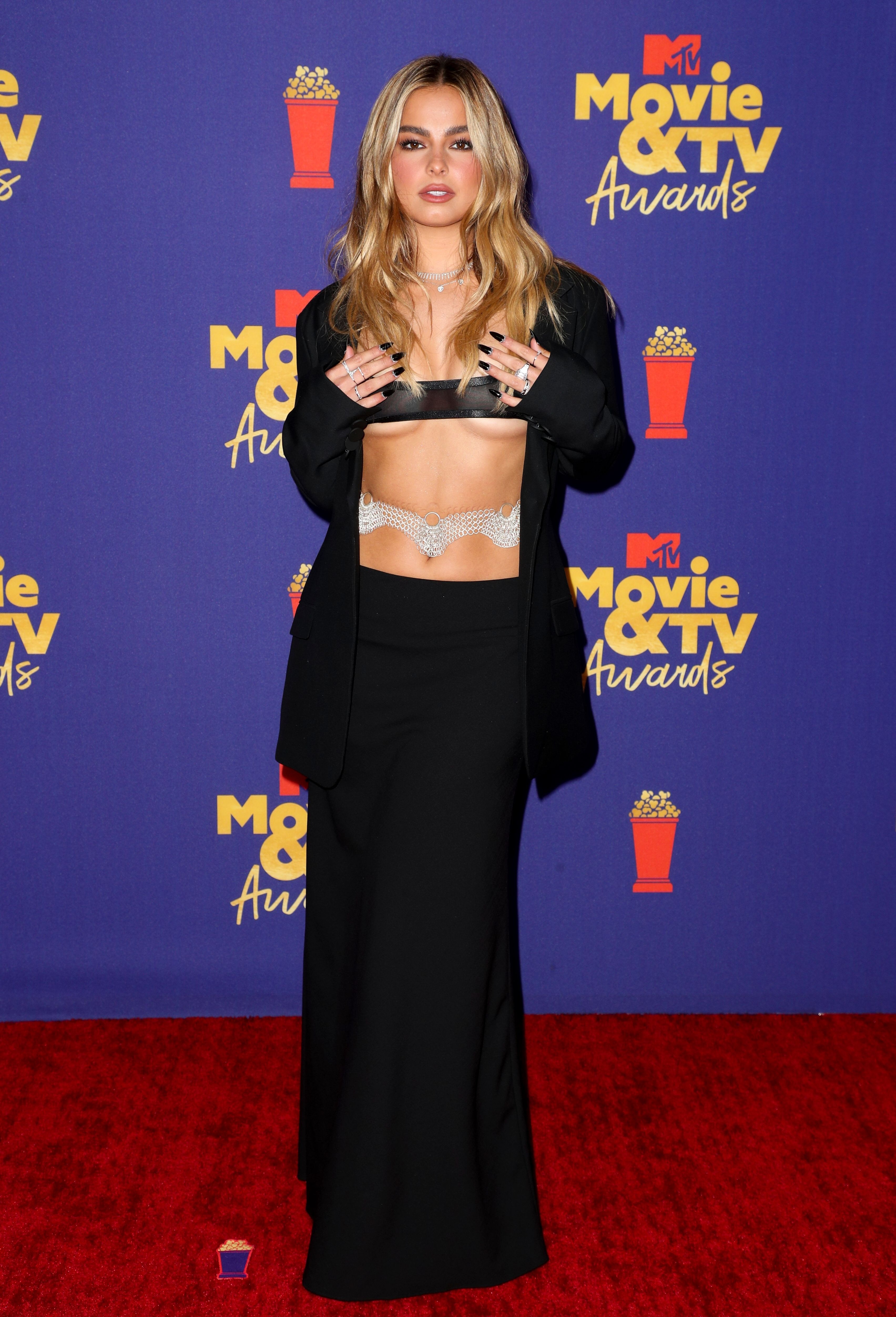 The beauty preserved her modesty with just a tiny, sheer strip of black fabric stretched across her boobs.

Addison accessorised with a silver belly chain around her trim waist, and added a low-slung black maxi-skirt.

She completed the look with delicate jewellery – including a silver choker – and had her highlighted blonde hair styled into loose waves.

Addison also added a $1,100 plain black Christopher Esber blazer for when she walked the red carpet. 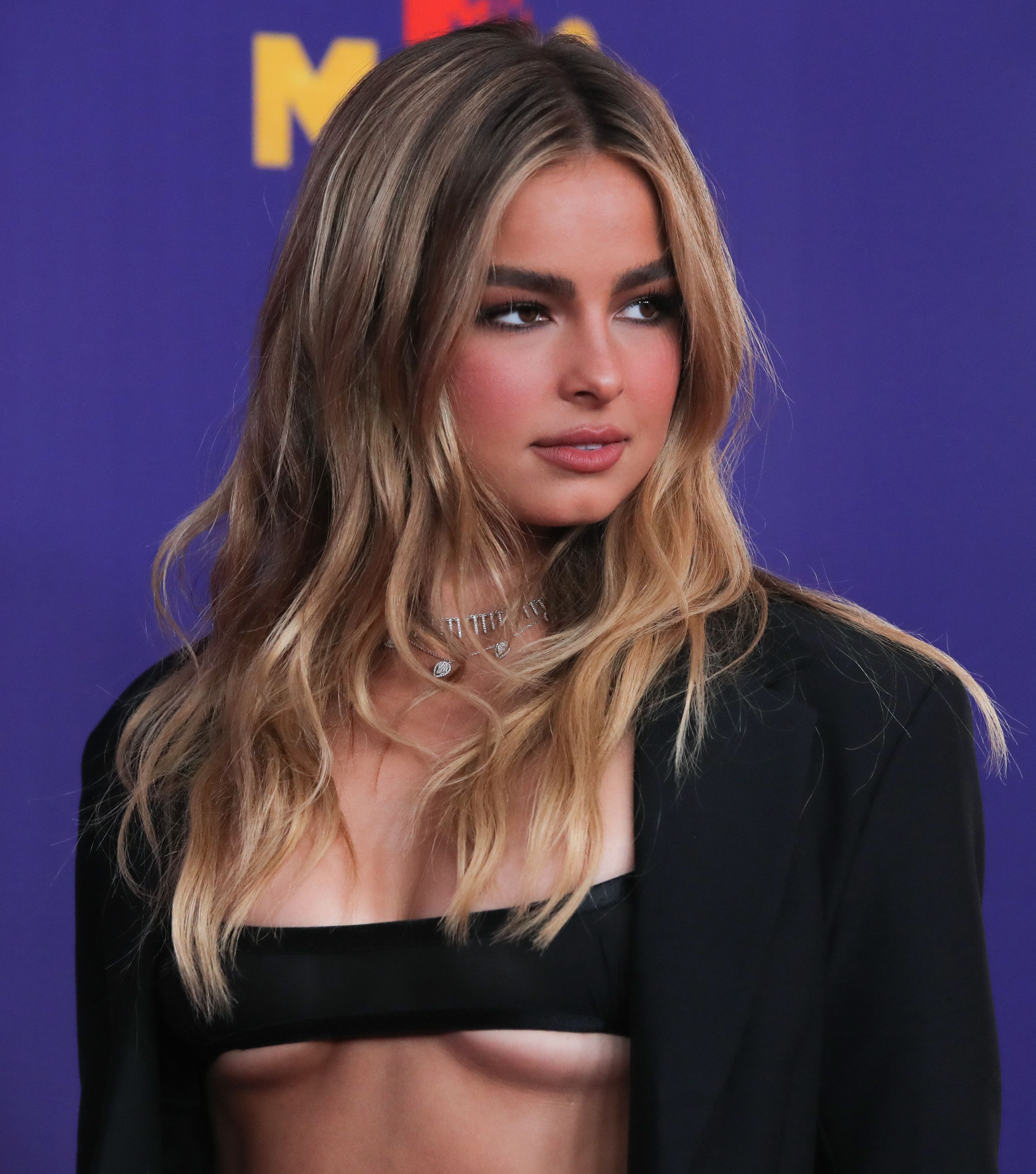 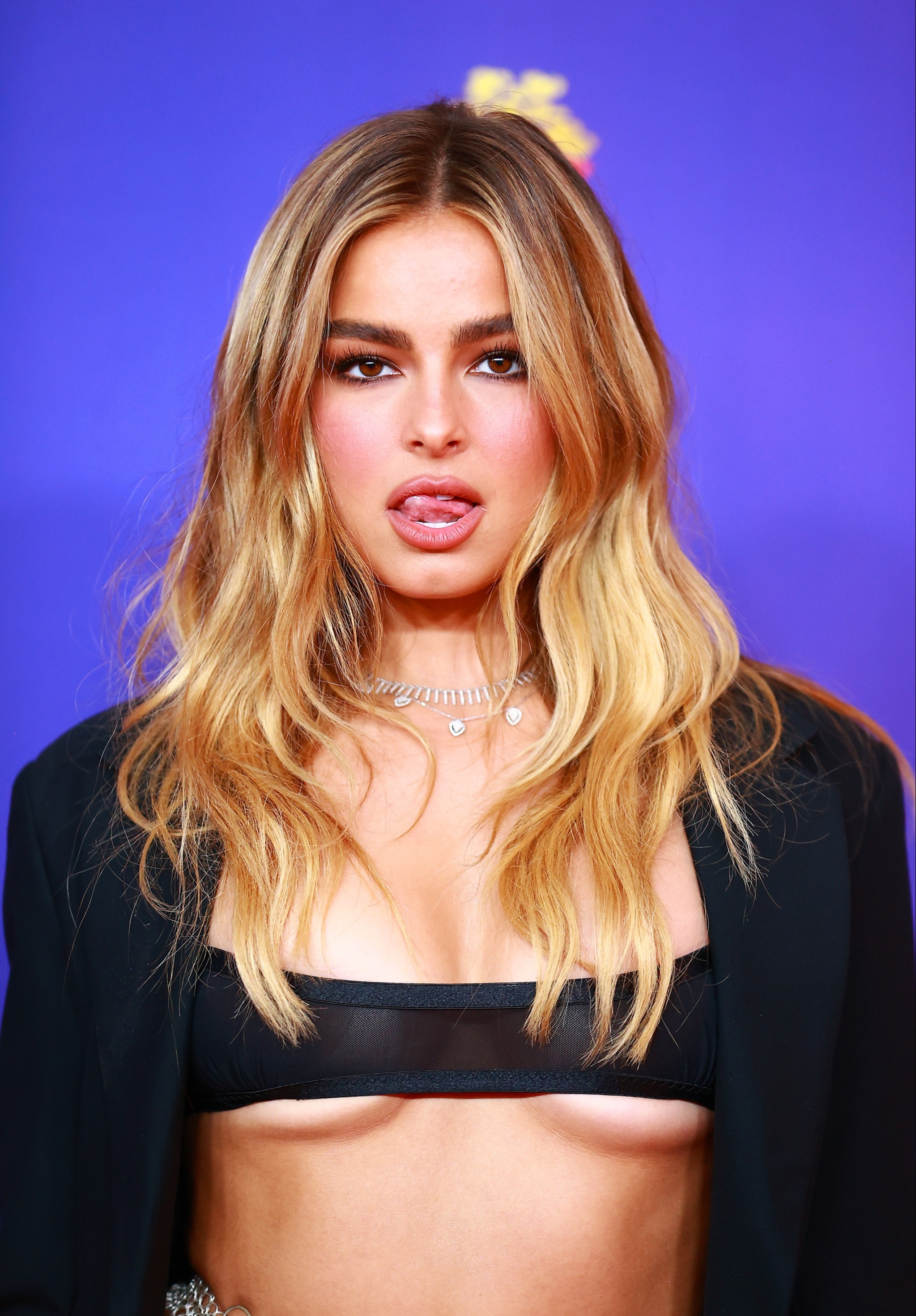 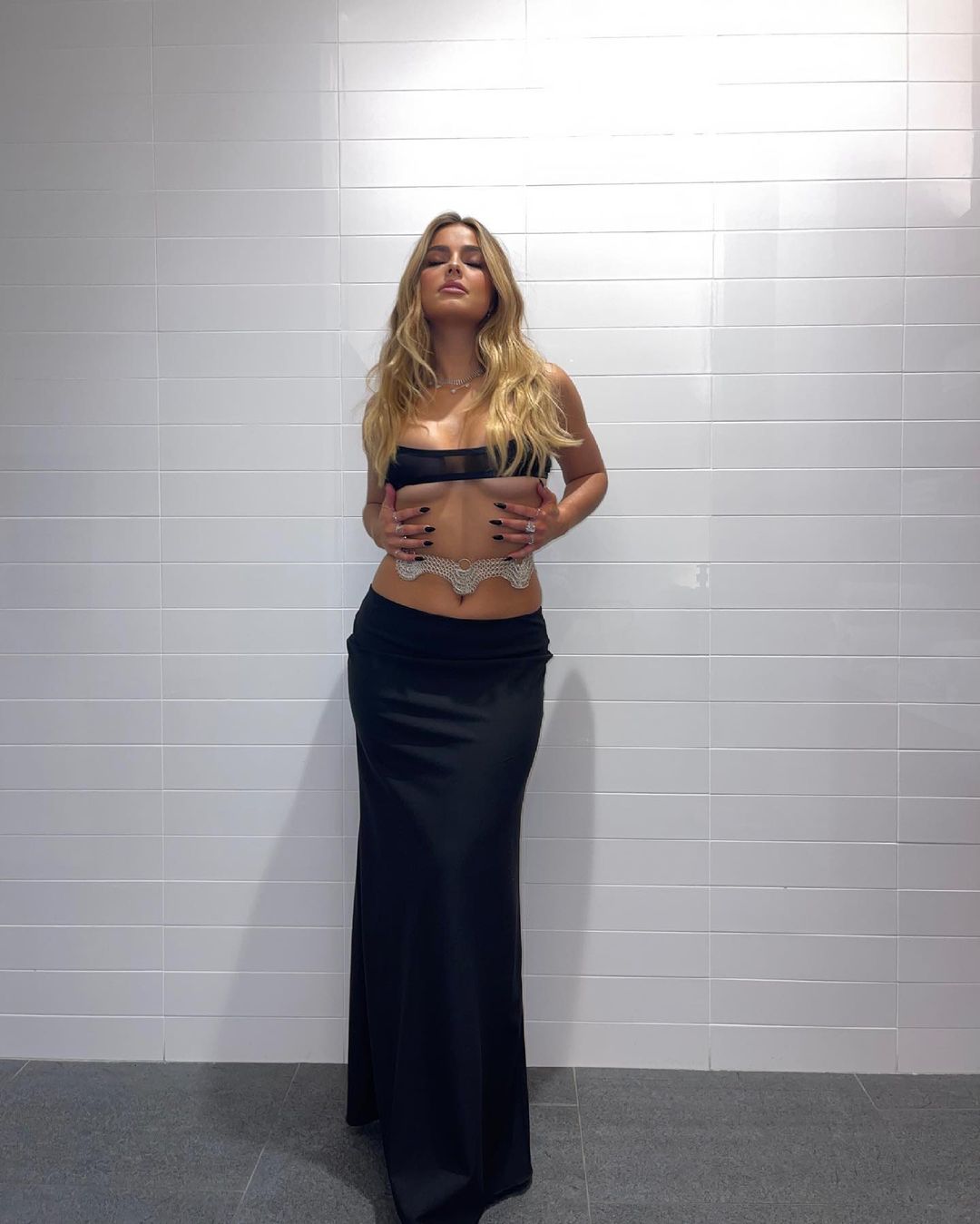 Later at the ceremony, the star changed into a floral green dress with a dramatic train as she presented the Best Kiss category with her He's All that co-star Tanner Buchanan.

Addison made her acting debut in the remake of the 1999 hit She's All That, which will premiere on Netflix later this year.

The beauty's glittering success comes after her videos on social media site TikTok amassed billions of views across the globe, building her a huge following and getting her signed to a talent agency. 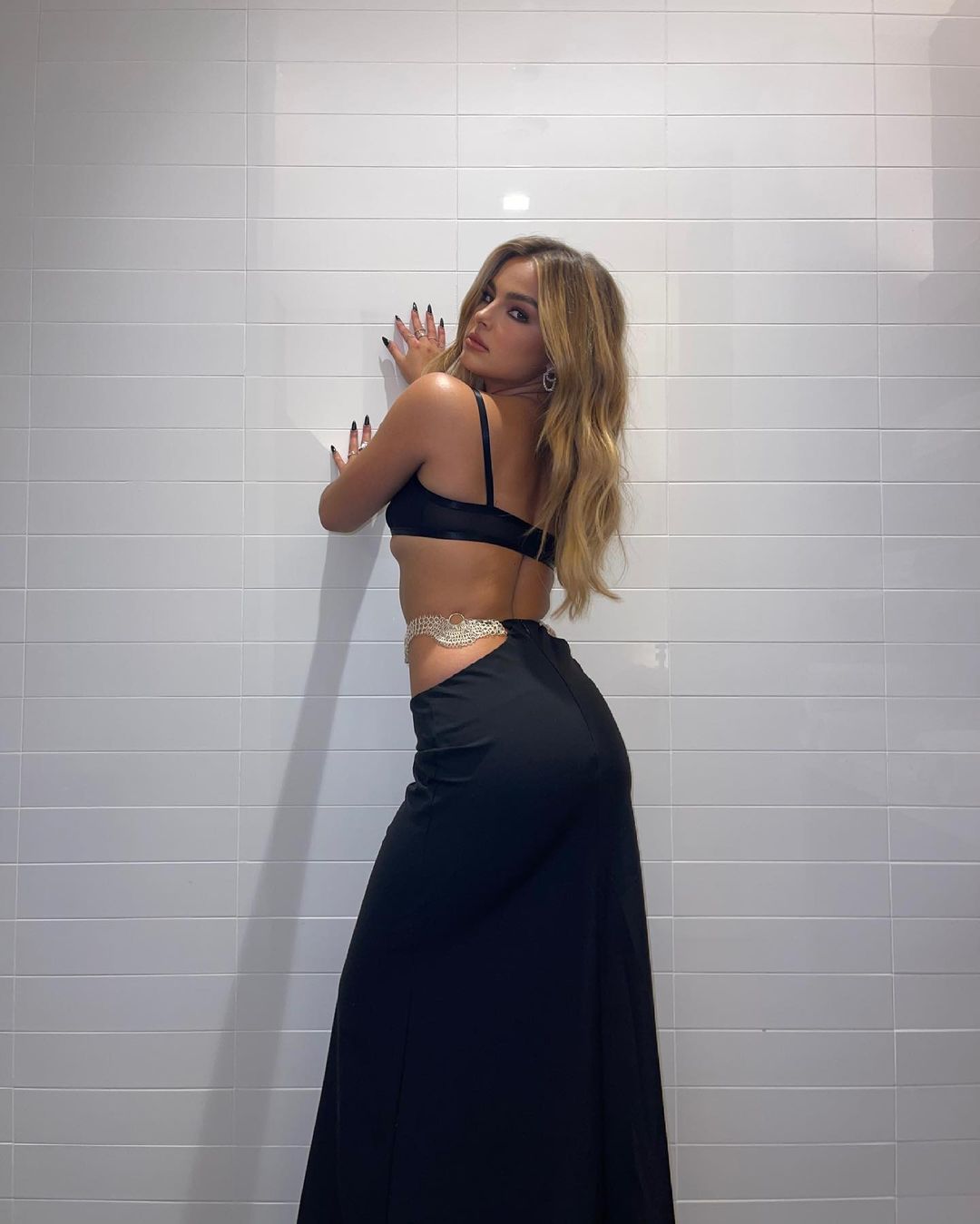 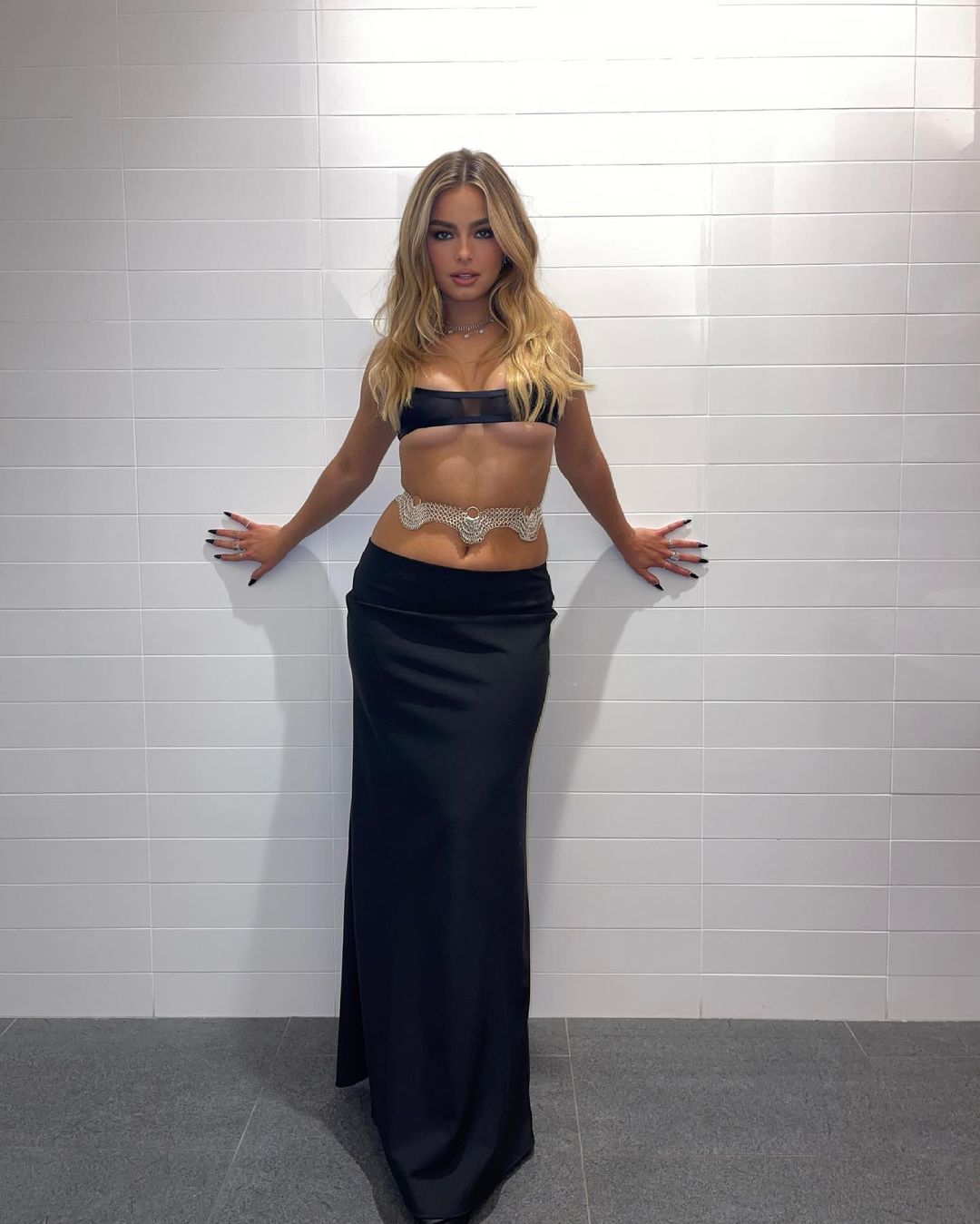 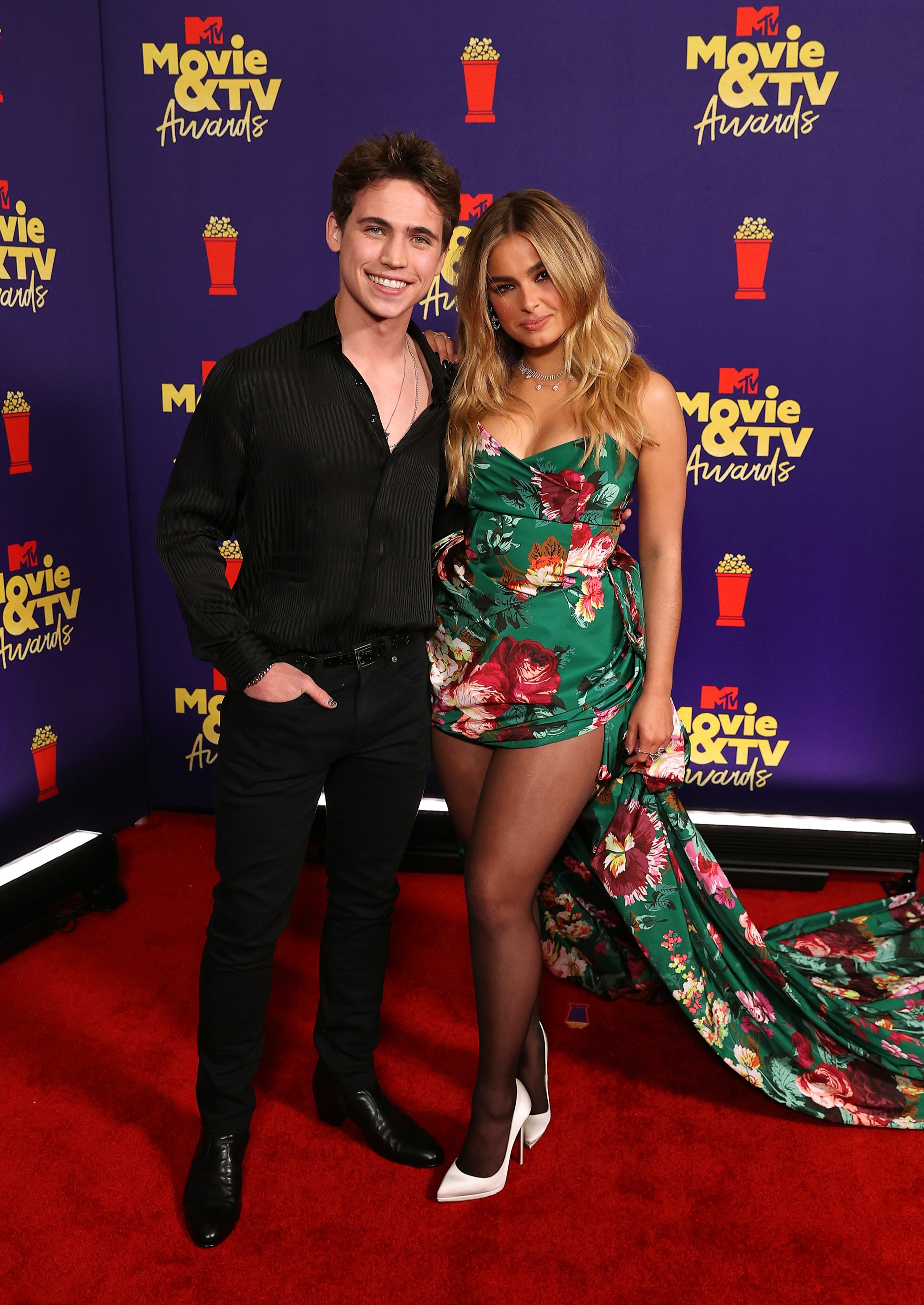 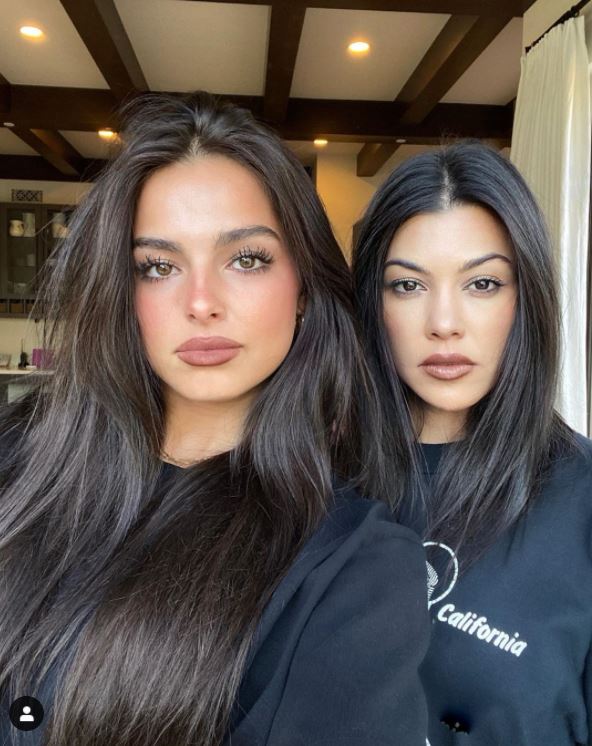 She is now worth a reported $2 million and can earn up to $14,500 for sponsored posts online.

In the past, Addison has endorsed huge American brands, including FashionNova, and has her own merchandise available for purchase.

Addison has even worked her way into the A-list inner circle, striking an unlikely friendship with 42-year-old Kourtney Kardashian and regularly appearing on the famous family's hit reality series Keeping Up With The Kardashians.