Released in September 2021, Prime Video’s docuseries LuLaRich explored the inner workings of the multi-level marketing company LuLaRoe. Now, another documentary about the leggings empire is here. The Rise and Fall of LuLaRoe dropped on discovery+ on Dec. 13. It covers much the same territory as its predecessor. However, this new LuLaRoe documentary does include some new details that make it compelling viewing for those who are interested in the controversial clothing retailer. 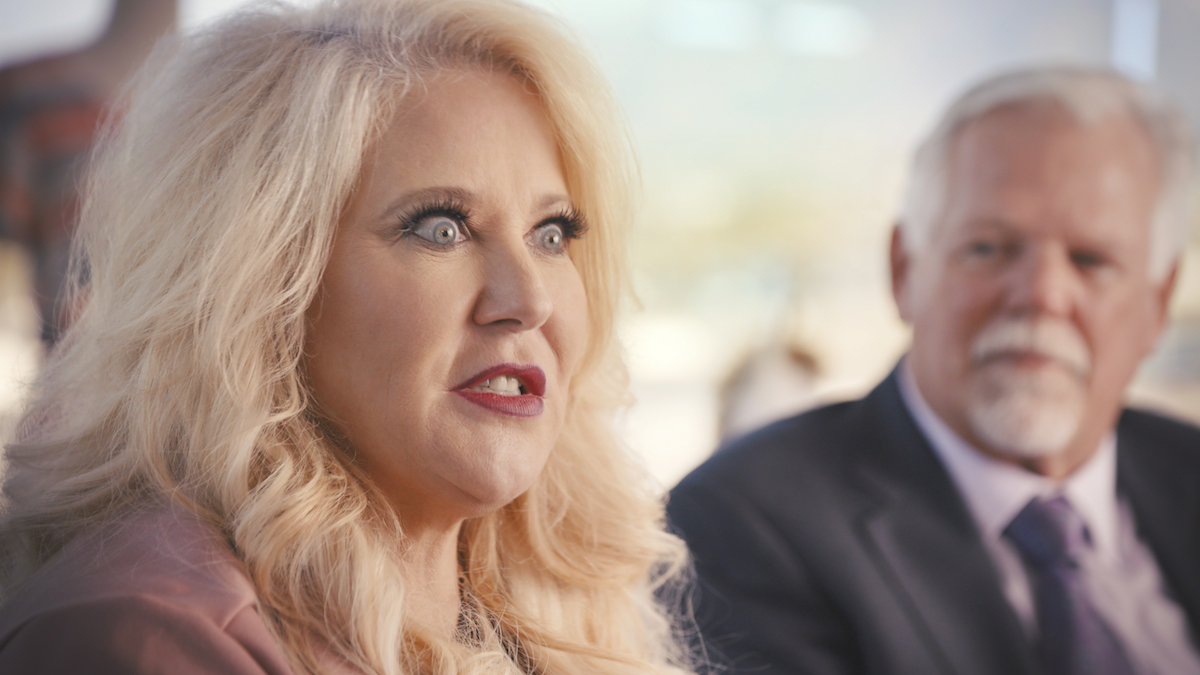 If you binged LuLaRich, much of The Rise and Fall of LuLaRoe will feel familiar. That four-part series contained tons of behind-the-scenes tidbits about the leggings company. It also boasted exclusive interviews with founder Mark and DeAnne Stidham.

The discovery+ series hits some of the same notes. There’s footage of the surly Stidhams giving depositions in a lawsuit alleging the company was a pyramid scheme. There’s the clip of Samantha Bee mocking LuLaRoe’s comically bad designs. And there is footage of consultants whooping it up on cruises and at conferences.

But The Rise and Fall of LuLaRoe also brings something new to the table. Through interviews with experts like Ross, it makes the case that the company operates like a cult. It touches on the prosperity gospel, or the idea that God wants you to be rich. It also tackles the issue of race and LuLaRoe through interviews with Tucker and business coach and entrepreneur Vivian Kaye.

The world of LuLaRoe is largely white. But Kaye pointedly calls out the way the company used Black vernacular in its messaging. That’s followed by a cut to various white consultants delivering a chipper, “Hey girl, hey!” as they attempt to sell leggings. The result is to reduce people of color to “seasoning,” Kaye argues. Tucker reflects on his experience as one of LuLaRoe’s few Black employees. He jokingly describes himself as the “unicorn of LuLaRoe.” But then gets more serious, admitting that he definitely experienced “some sort of racism” during his time at the company.

The discovery+ LuLaRoe documentary touches on the bottom of the pyramid

The Rise and Fall of LuLaRoe also touches –  though not too deeply – on a topic that went unaddressed in LuLaRich: Who makes the clothes? As one interviewee points out, the bottom of the LuLaRoe pyramid isn’t the consultants who just paid thousands of dollars to start a home-based business. Instead, it’s the low-wage workers who make the clothes the company sells.

We see some brief though disturbing footage of DeAnne and others from LuLaRoe visiting a factory that makes the company’s garments. “They treat them very well. There’s great air conditioning,” she says. “We don’t judge anyone,” she adds. “We just accept what they do in their country.”

So, is The Rise and Fall of LuLaRoe worth watching? At 105 minutes, it’s less of a time commitment than LuLaRich but hits many of the same points. For those who found the early docuseries compelling viewing, the new film sheds further light on why LuLaRoe became so successful, and how it imploded so dramatically.

The Rise and Fall of LuLaRoe is currently streaming on discovery+.