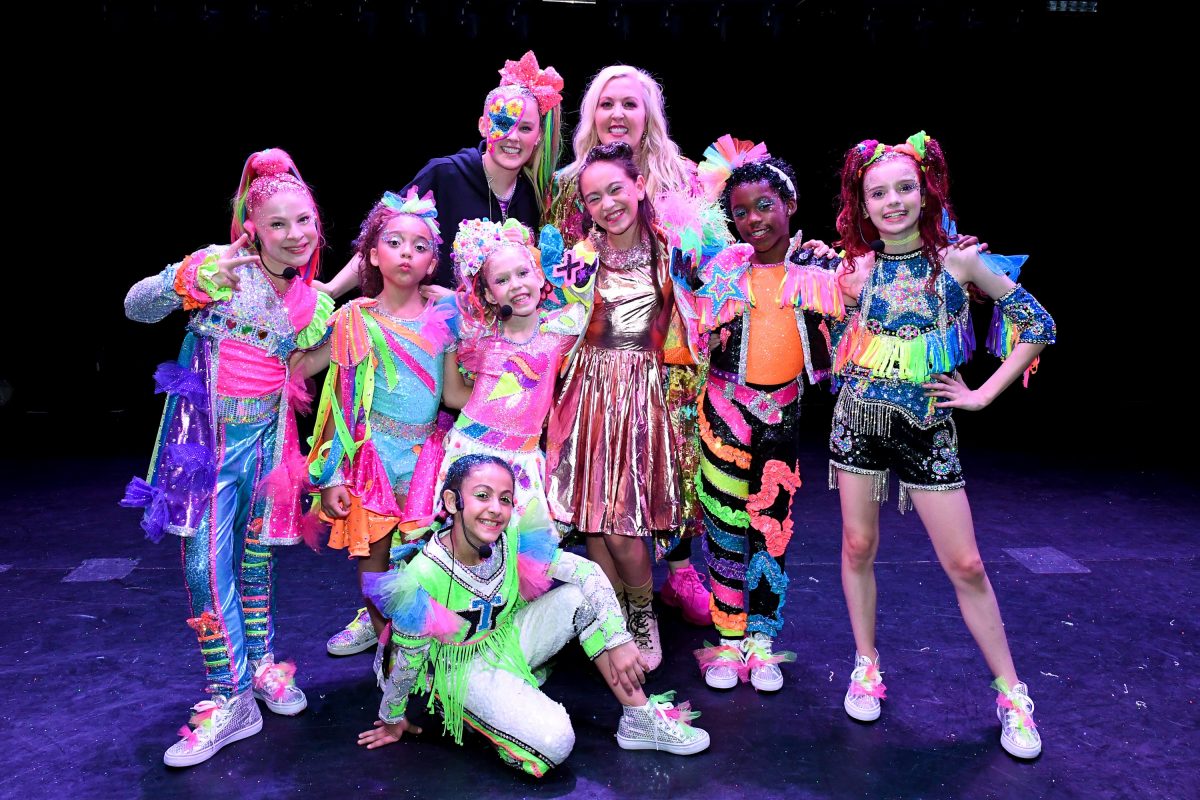 It’s no surprise that XOMG POP! already had a fan club when they came out on stage at the AGT Season 17 premiere. The girl group created by the Siwas already had a whopping 42,000 followers on Instagram and a TV series on Peacock.

“So, I’m guessing this is about World Domination?” Simon asked the girl group before their performance.

“Kinda yeah, in a music way and loving everybody, as we do,” one of the young girls responded. 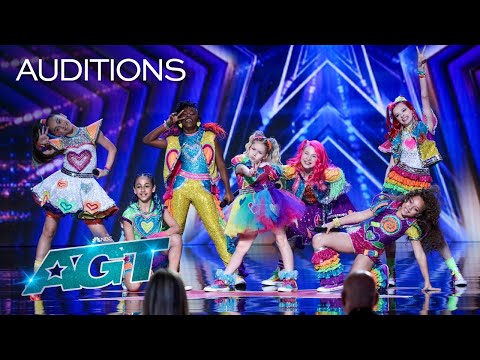 Then they sang “Candy Hearts” to the judges and audience during the AGT Season 17 premiere on May 31, 2022. JoJo Siwa and Jessalyn Siwa stood on the side of the stage with host Terry Crews cheering on their girl group. Many kids in the audience sang along and danced with the group. The judges loved the performance and XOMG POP! quickly moved on to the next round.

During the AGT Season 17 premiere, the girl group informed the judges that JoJo Siwa and Jessalyn Siwa had formed their group. They did not mention that the group’s formation was a reality TV competition series on Peacock — Siwas Dance Pop Revolution. The series premiered on Nov. 14, 2021, with Jessalyn and JoJo putting 11 young girls through challenges centered around dancing, choreography, and singing.

Siwas Dance Pop Revolution consisted of eight episodes of the talented girls vying for spots in XOMG POP! The finale episode aired on Peacock on Dec. 28, 2021, with the group of six girls opening for JoJo Siwa. 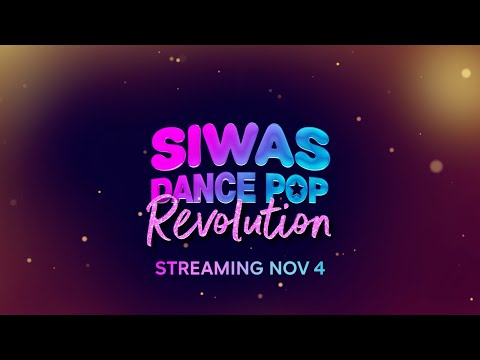 Kiya Barczyszyn became the first member of the girl group. Brooklynn Pitts was selected next. Leigha Rose Sanderson, Dallas Skye Gatson, Kinley Cunningham, and Tamara “Tinie T” Andreasyan all became a part of XOMG POP during the run of the reality TV Show.

However, fans became confused when the group began promotions on social media — a seventh member of the group suddenly appeared. Luckily, JoJo Siwa explained on Instagram that she chose to call back Isabella “Bella” Cianni Llerena as the seventh and final member of the group after the show concluded.

According to the XOMG POP! Instagram account, the girl group toured with JoJo Siwa on the JoJo Dream Tour in 2022. The girls joined JoJo for eight tour dates from January through March.

In addition to touring, the group hosted a meet-and-greet at Mall of America and several others at Studio Siwa. The girls already have an official website, merchandise, and three songs available for streaming.