JESY Nelson's solo single "Boyz" has been blighted with allegations of blackfishing.

And now Little Mix have told how they warned the singer, 30, about the dangers of appropriating black culture while she was in the band. 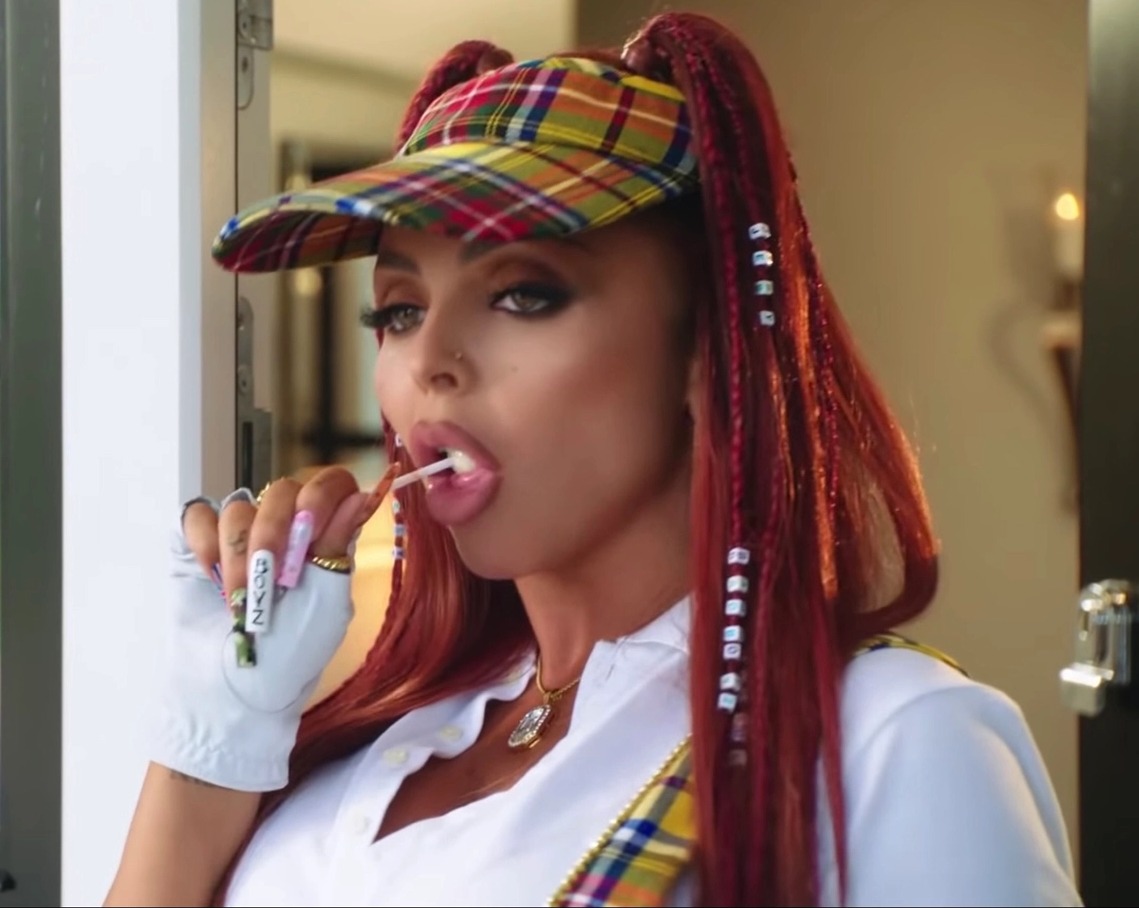 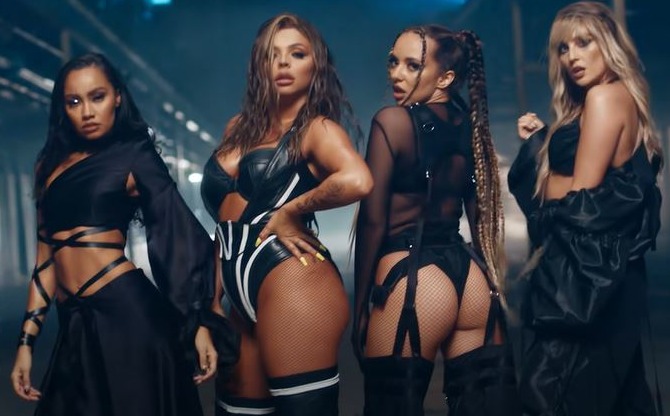 In a joint interview with Leigh-Anne and Perrie Edwards, Jade Thirwall told Stella magazine how the band talked to their former bandmate.

She said: "We don’t want to talk about the video, or be critical, but one thing we will clarify regarding the blackfishing situation is that Jesy was approached by the group in a very friendly, educational manner."

Jesy, who had braids in her hair in the video for her debut solo single Boyz, which came out on Friday, has denied trying to look black.

She said she is a “white British woman”, causing outrage from some fans who felt they had been led to believe she was biracial.

Asked previously about claims she is “blackfishing,” Jesy said she has only experienced claims since leaving Little Mix last year.

She said: “The whole time I was in Little Mix I never got any of that. Then I came out of [the band] and people all of a sudden were saying it.”

Jesy was criticised for sporting braids and tanning her skin in her new music video.

In one message, believed to have been sent from Leigh-Anne's Instagram account, Leigh-Anne says: “She [Jesy] blocked us. Cut us off. Horrible person.”

In another, she appears to write: "Do a video about her being a blackfish instead.”

Her Instagram account also liked a post by @everydayracism, which had posted a short guide to blackfishing after “a lot of talk” on the topic at the same time.

But this isn't the first time the star has been accused of black fishing.

The allegations first stemmed from microblogging site Tumblr where critics have said Jesy has led fans to believe she is not white in May this year.

On the social media site, one blogger known only as “Lisa” compares early pictures of Jesy – who has white parents and grandparents – with more recent images of her looking more tanned.

She wrote: "Not knowing her, you’d never think she’s a white woman.

“Now the thing is blackfishing is not just about tanning it can also be about making yourself look racially ambiguous and jesy has been so successful at it that most people think she’s mixed.

“Everything about the way she presents herself is made to look like a different ethnicity, it’s undeniable.”

In May this years, claims started trending on Twitter after an anonymous writer – going only by Starbust49 posted a lengthy critique of Jesy in a user-generated post on US entertainment site Buzzfeed.

Blackfishing was coined in 2018 to describe a white person who styles themselves to look like they are another ethnicity.

Rita Ora, Kim Kardashian and Kylie Jenner have all been accused of appropriating black culture.

Claims against Jesy have been seemingly backed up by producer MNEK – real name Uzoechi "Uzo" Emenike.

The musician worked on Little Mix track Sweet Melody and the whole of their latest album Confetti.

While he stops short at naming Jesy, he told fans on Instagram: "I think white people who blackfish and either don't realise it, or just blissfully ignore it, are kinda dangerous.

“You're white? Can we grow up and stop being weirdos? Idk, what do you guys think?"

A fan wrote on Twitter: "Jesy, he's looking right at you."

Jesy – who has struggled with online abuse – told last month she broke down on the set of the Sweet Melody video.

She said of her last video with Little Mix: “We’d been in lockdown, and it was the first time I could have a break and be at home around people that I love.

“It was the happiest I’d ever felt, and I didn’t realise that until I went back to work.

“I immediately became a different person. I had anxiety.”

The reaction from fans was mixed as some rushed to defend Jesy while others have been surprised to learn Jesy is white.

One Twitter user wrote: “I honestly thought Jesy Nelson was a mixed woman.”

But others spoke up for the star, tweeting: “So you lot know Jesy Nelson is incredibly depressed and suicidal and you’re bullying her bc she wears fake tan and curls her hair?” 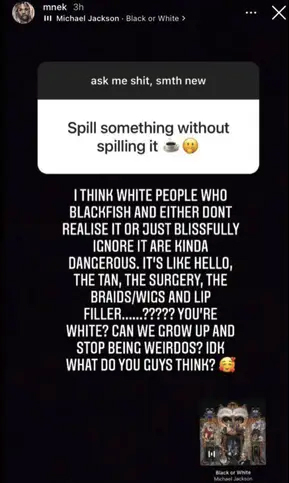 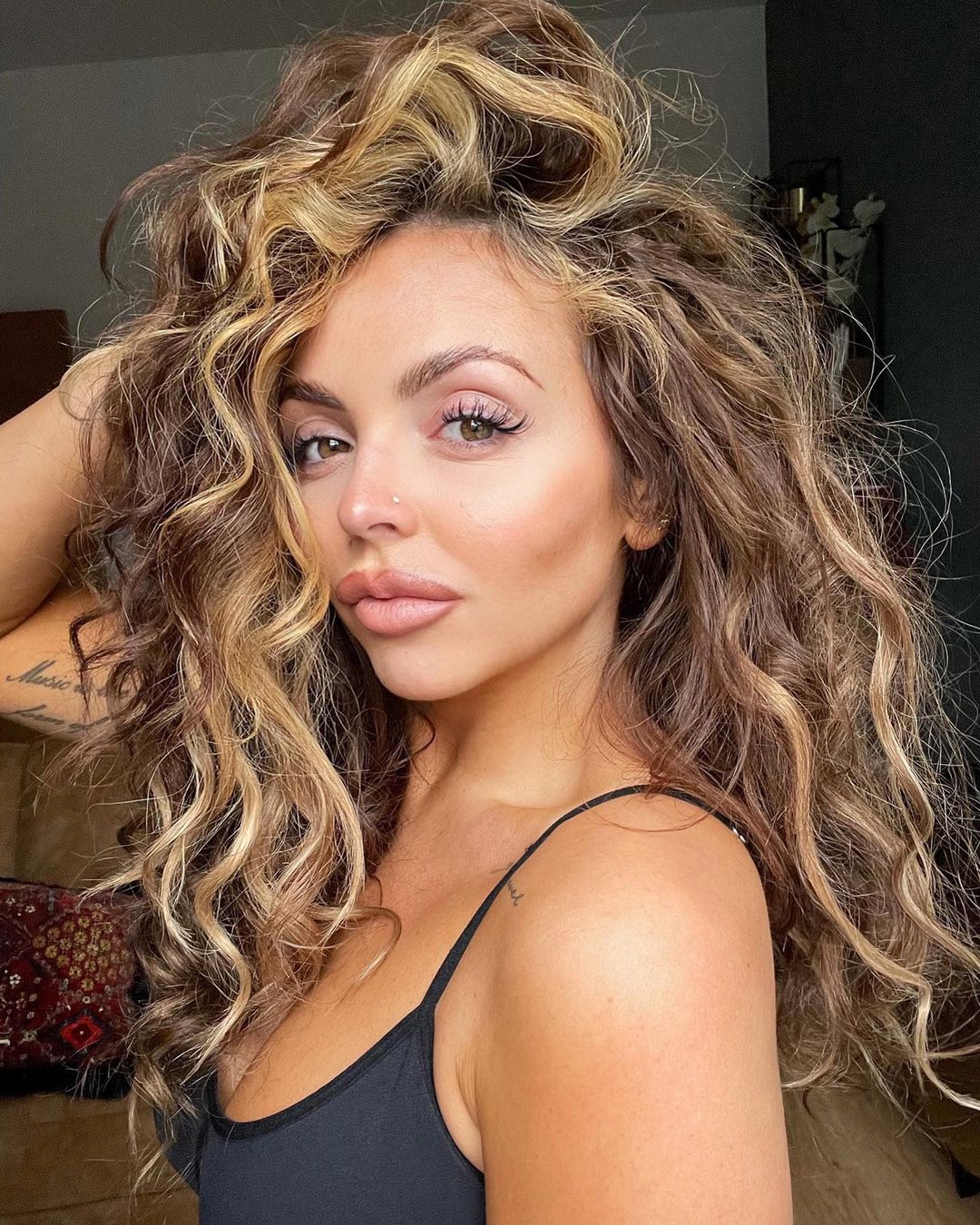 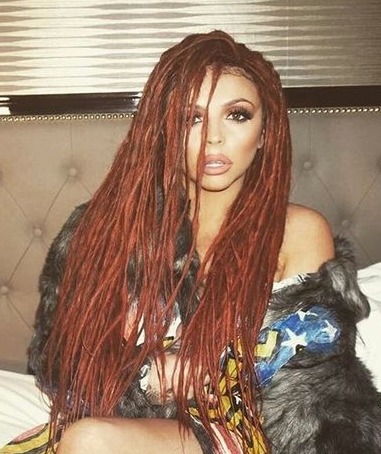 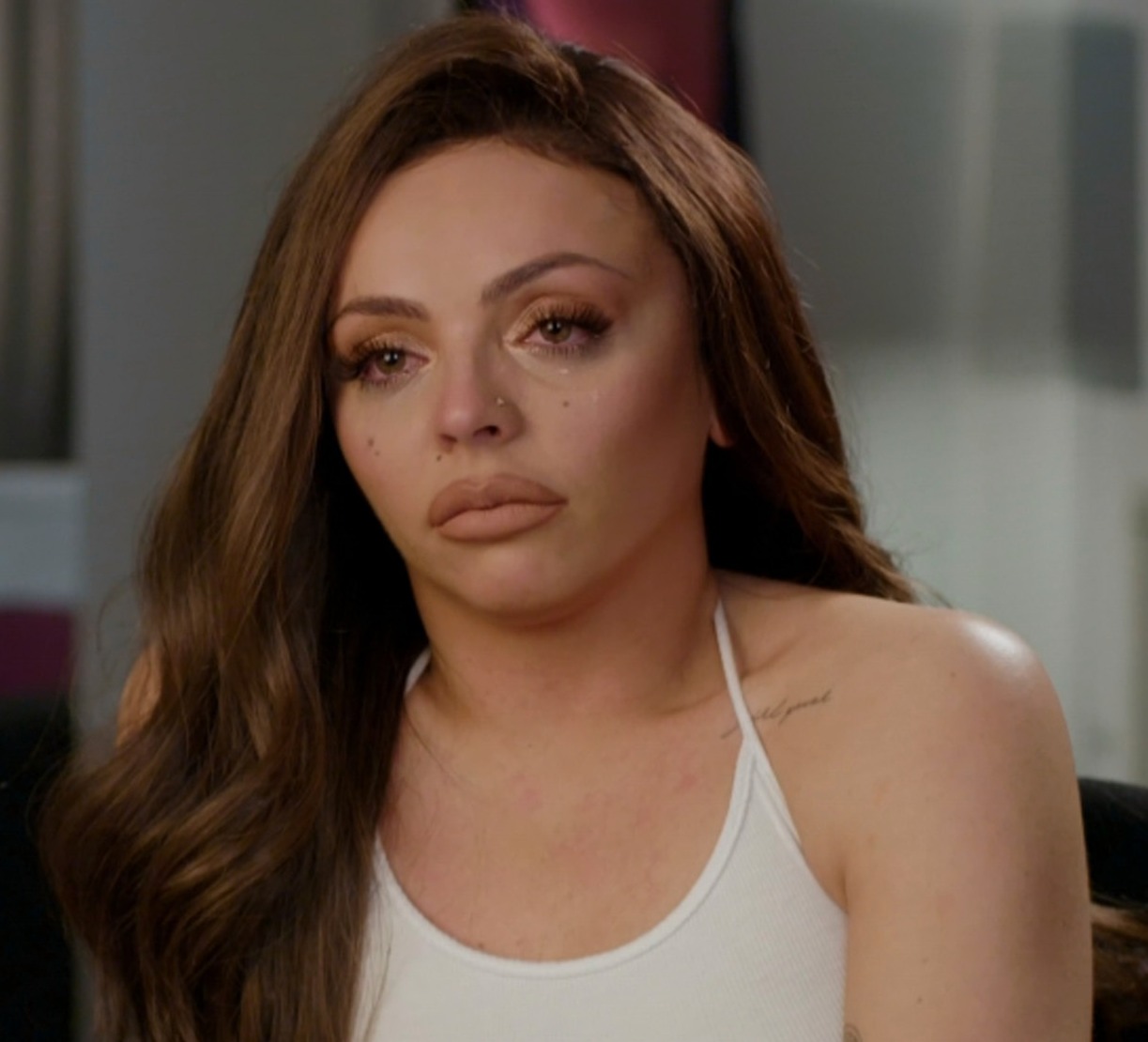 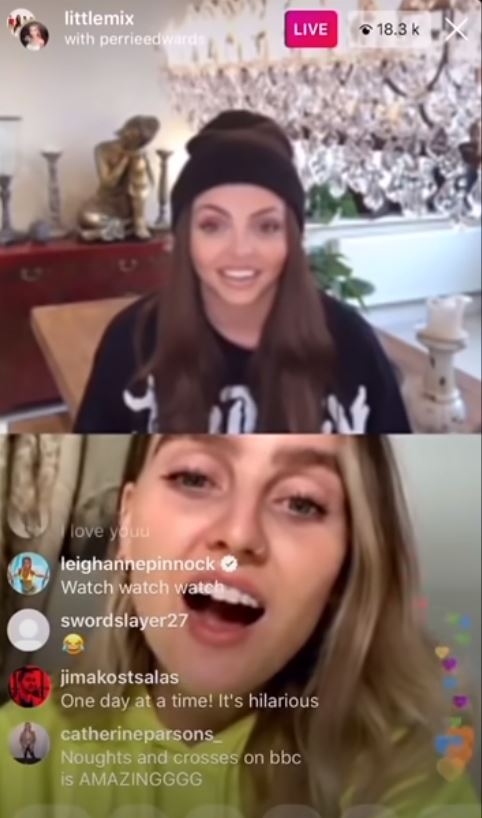 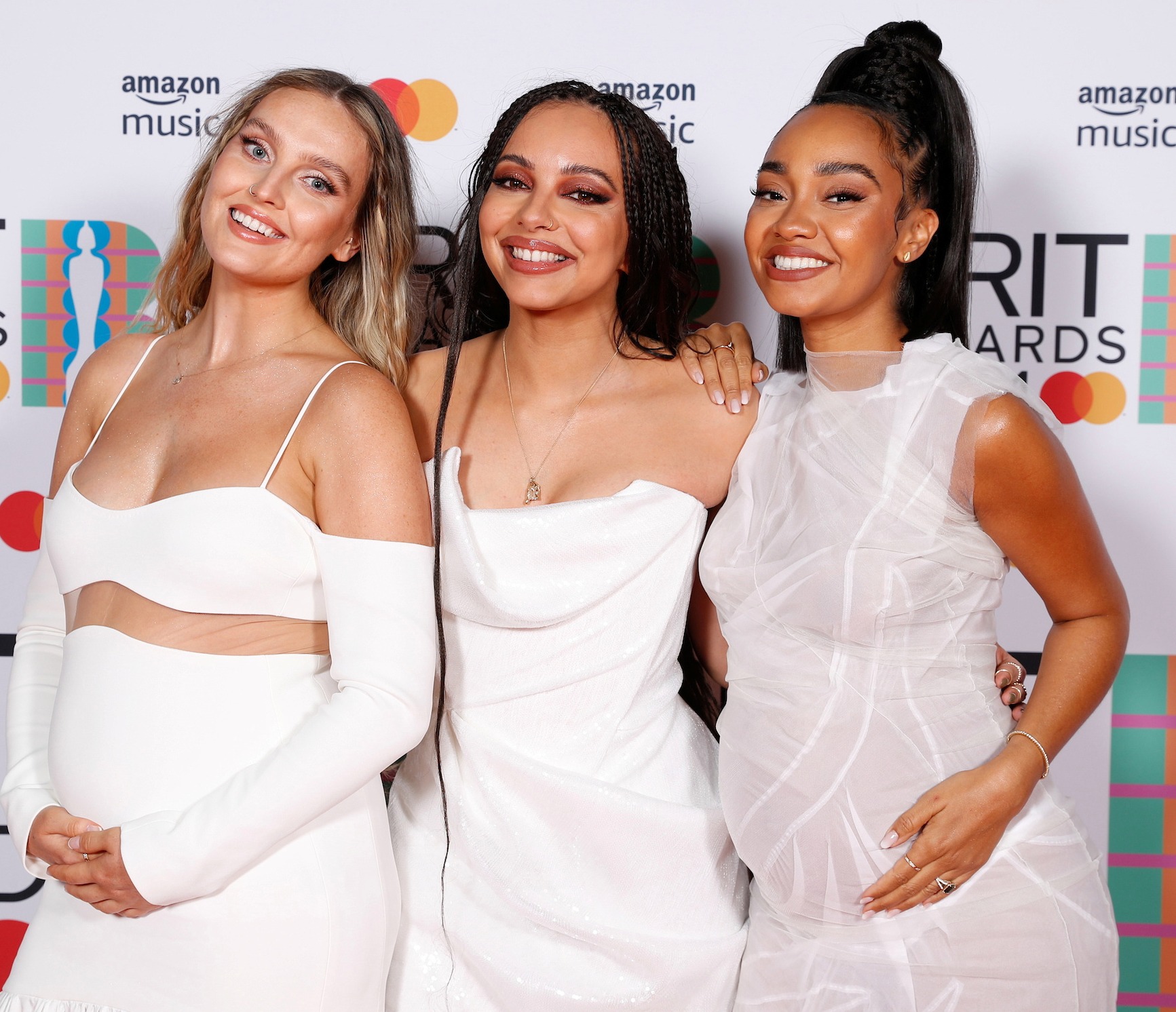