Carol Burnett has always seemed like a very confident woman. After all, the comedy icon was the first woman to host a weekly variety show – The Carol Burnett Show, which went down in TV history across 11 years of resounding success.

But even the most confident performers can have insecurities, especially in Hollywood. Burnett once described how a scene in the 1982 movie musical Annie – in which she played the villainous orphanage owner Miss Hannigan, alongside Tim Curry as her con artist brother Rooster and Bernadette Peters as his girlfriend, the seedy bombshell Lily St. Regis – had to be reworked in order to hide the recent cosmetic surgery on her chin. 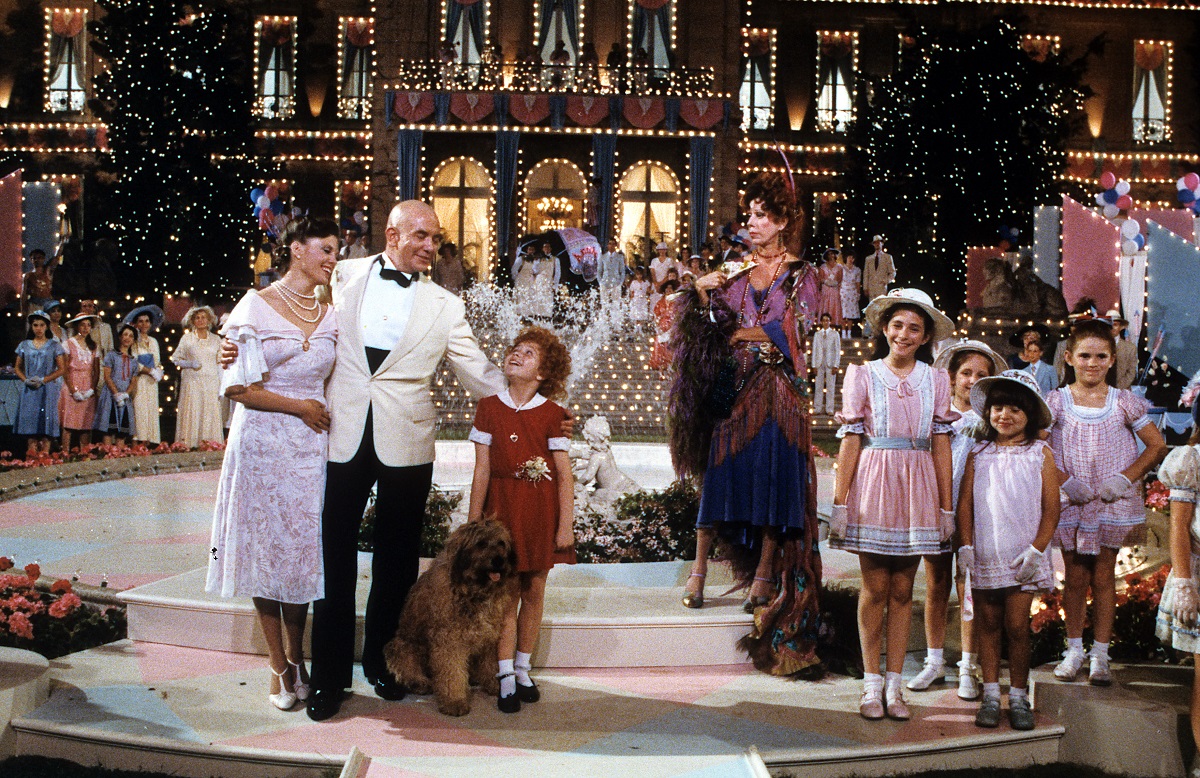 In a 2015 interview with Seth Meyers on Late Night with Seth Meyers, Burnett explained that the song “Easy Street,” which she sang alongside Curry and Peters, was originally meant to be one of Annie’s most elaborate numbers. The sets, choreography, and costume changes were expensive – and, in her opinion, overdone.

“The first time they did it,” she said of the “Easy Street” scene, “it was with 400 extras, dancers, singers – it was overkill.”

Burnett, Curry, and Peters all agreed that it should be a simpler number featuring only the three “villains.”

“They’re doing too much,” she remembered telling her co-stars.

Still, Annie director John Huston wasn’t ready to change the number just yet. Production for the movie wrapped with the original version of “Easy Street” still intact. Curry headed back to London; Peters to New York; and Burnett to Honolulu, Hawaii, where she was living at the time.

Carol Burnett had surgery to revise the look of her chin

With Annie seemingly under her belt already, Burnett decided to get cosmetic surgery on her chin after filming wrapped up.

According to the Washington Post, the Carol Burnett Show star was always insecure about what she believed was her “weak chin.”

“We all have little hang-ups about ourselves,” Burnett said. “I just decided that I would like to have a chin. I’ve never had one. It’s just nice to be able to feel the rain on your chin, and I never felt that. It didn’t take courage to get a chin. It took courage going through life with no chin.”

Similarly, Burnett told Meyers that she had always secretly longed to get work done on her chin. “I had always wanted a chin,” she told the talk show host. “I had a very weak chin.”

So when the opportunity presented itself, Burnett decided to go for it. An oral surgeon in Honolulu had already worked with her daughter Jody Hamilton, who had an underbite (as opposed to Burnett’s overbite). The surgeon promised Burnett that he could revise the shape of her jaw. She underwent the procedure to “bring out her chin” about three or four millimeters.

Not long after Burnett got her surgery done, she found out she’d have to return to the Annie set to reshoot “Easy Street.” The filmmakers now agreed with Burnett, Curry, and Peters that a simpler version of the number would be better.

“I got a call from the producers, who said, ‘We’re going to reshoot the ‘Easy Street’ number,” Burnett told Meyers, adding jokingly: “And I said, well, I have a chin now.”

Huston wanted the three stars to pick up the shot right after Burnett ran into the closet to get Annie’s locket. But there was one problem, Burnett pointed out: her new chin.

I said, “Mr. Huston, two months ago, when I ran into the closet, I didn’t have a chin. And now I’m going to come out of the closet with a chin.”

Burnett told Meyers that Huston thought for a minute before giving her the best piece of direction she’d ever received. In order to conceal Miss Hannigan’s new chin, he advised Burnett: “Well, dear, just come out looking determined.”