While Ant McPartlin wasn’t able to take part in I’m A Celebrity… Get Me Out of Here! this year after taking time off for his recovery, he still joined his pal to accept a BAFTA award.

However, while he is usually side by side with Declan Donnelly to accept the award for the show, Ant stood back as Dec made a speech.

Instead, he pushed Holly Willoughby to the front of the stage, who was reluctant to go forward at first.

Holly was trying to fight off being pushed to the stand, but Ant was heard repeatedly saying “yes, yes, yes, yes”.

“Thank you to Holly for helping me out last year”

As she was pushed to the front, Dec turned to smile as he realised he had a pal next to him to take the award.

While Dec was announcing his speech, he said: “Thank you to Holly for helping me out last year.

“We did a fantastic job, standing in for Ant who has reluctantly come up here tonight, as he’s still a part of the team.

“We wanted him to celebrate this with us as well.” 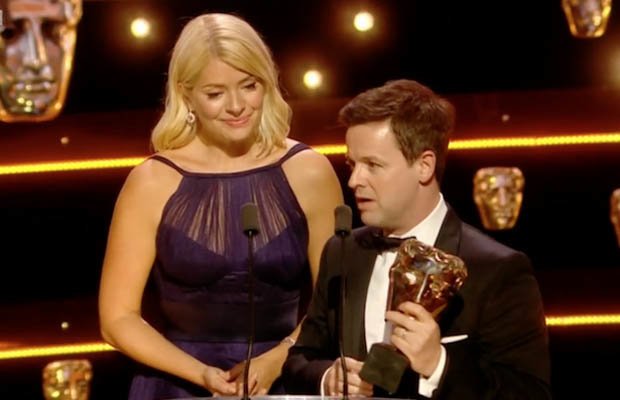 It comes after Holly joined Dec in the jungle to host the series while Ant took some time off, and fans were definitely supportive of Holly’s time in the jungle.

Fans took to Twitter after Dec, Holly and Ant walked to the stage, sharing their thoughts on the win. 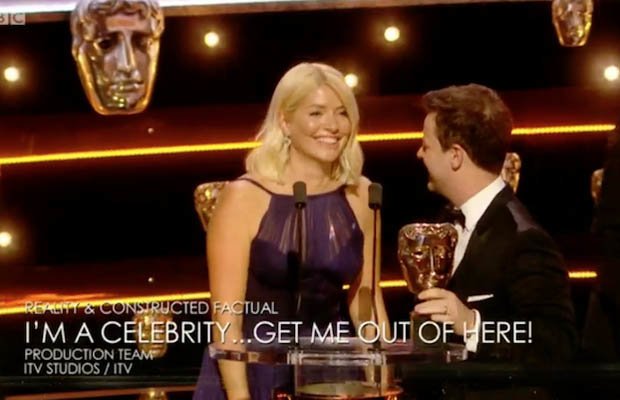 A third fan chirped: “Good on Ant for pushing Holly to the front.”

Ant has since returned to work, and is currently hosting the 2019 series of Britain’s Got Talent, and will return to the jungle next year.