Antiques Roadshow fans were in for a treat this evening as BBC’s Fiona Bruce and a host of experts travelled to Forty Hall, Enfield, London. John Benjamin was lucky enough to be shown a Fabergé cigarette box by one guest and his mother who were both stunned when he revealed how much the piece was worth.

John began: “Well we’re looking at a rather plain rather severe-looking rectangle cigarette box but it has a lot of hidden features. Now give me a little bit more information about where it came from.”

The guest revealed: “It was owned by my nan Alga she passed away in 1993 passed onto my mum and dad.

“Soon after that, they wanted some information about it and visited a dealer in Worthing.

“They said it was a cigarette case possibly Russian but had no significant value at all.” 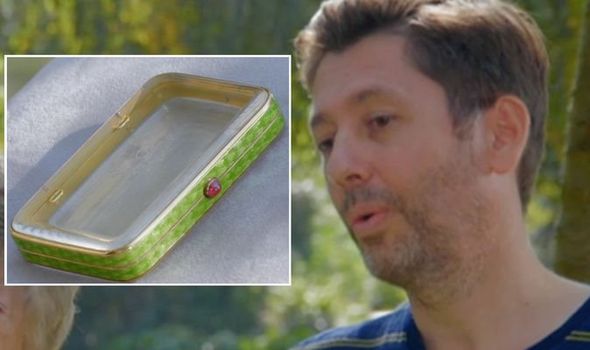 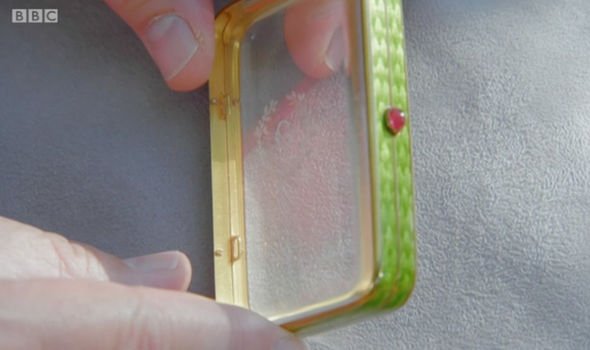 “Mum and dad went away and 24 hours later a chap turned up at the door,” he continued.

Stepping in the guest’s mum said: “He said he knew someone collected things like that and offered us £1,000.”

“Which is a little surprising after being told it was of no value,” John remarked.

“We weren’t going to sell it anyway,” she replied.

“Right now you mention this was owned by your grandmother Alga which is interesting because it is very much a Russian name, isn’t it?” John continued. 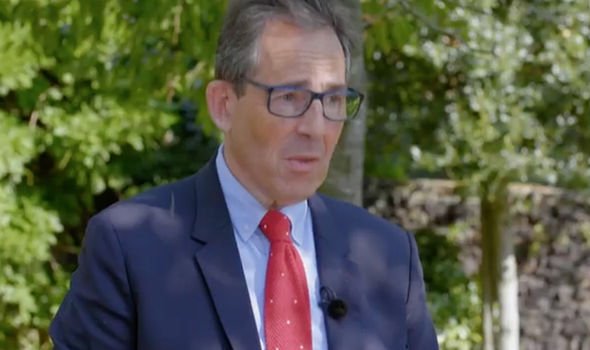 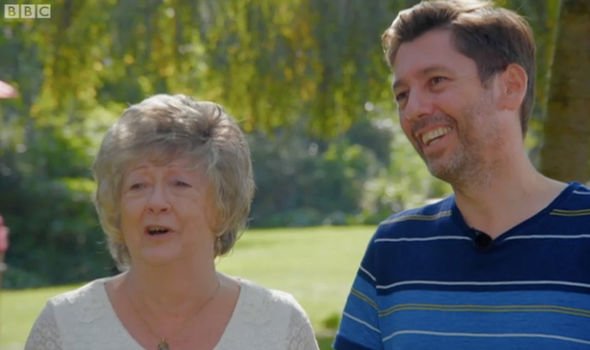 “Okay let’s hopefully give you some more information and tell you what it’s made of because did you think that these panels were glass?”

“That’s the first thing,” John said. “It’s not glass it’s made of solid natural rock crystal. That tells me this is certainly not a modest piece.

“The next exciting thing about it is it’s got a monogram G in a wreath surround. They’ve used a tool to etch it and that in itself is a difficult little job because rock crystal is a very hard material.

“Let’s turn to the edge because look at the enamel. Can you see it’s got this stylised leaf motive which continues all the around the box? Now that is very smart I do like that.

“And to finish it off you’ve got this large red blob which as you might have guessed is a natural ruby.”

“Now if we open up the lid we have some marks here,” John explained. “There’s a stamp there with 56 on it, that is the Russian gold mark for 14-carat gold.

“Now the key to this is here where you have a little mark for Carl Fabergé. It’s a Fabergé cigarette box.

“One problem with this exquisite box and it really breaks my heart and that is in that corner it has sustained a fracture to the rock crystal.”

“To find out it’s Fabergé is amazing,” the guest quipped and his mother replied: “I feel the same, actually I can’t believe it.”

Antiques Roadshow continues on BBC One on Sunday at 8pm.