In a year when the phrase “back to normal” has been (rightfully) stripped of all meaning, it only seems appropriate that it also brings “Archer” Season 11, one in which its title character returns from a coma.

The three-year diversion (a length of time that holds true for this animated world as well as ours) found Sterling Archer and his merry band of erstwhile spy colleagues traveling through his own subconscious. It was an ambitious swing that not only gave the show a broad visual palette to work with, it also gave series creator Adam Reed a chance to transition the show to a more traditional writers room.

So as Sterling (H. Jon Benjamin) returns to the cozy mid-modern interior of the agency office he hasn’t seen in 36 months, it’s a slightly different show that he’s stepping back into as well. While some of this season may feel like a reset, it’s more of a rejuvenation to a show that didn’t need one, but is making the most of it anyway.

The efficiency of this “Archer” refresh comes from the fact that it doesn’t really need to add many new pieces to the board. The opening title sequence still features the silhouettes of core team agency members Lana (Aisha Tyler), Cyril (Chris Parnell), Cheryl (Judy Greer), Pam (Amber Nash), Krieger (Lucky Yates), and Mallory (Jessica Walter). (Ray — voiced by Reed — is still around, but in more of a supporting role than in recent seasons.) What “Archer” has realized this late in its run is that, while Sterling is the face of the show, the team is its strength.

So as Sterling embraces the daily spy grind once more, he’s met with a certain kind of restructuring that’s happened in his absence. If “Mad Men” was a helpful visual marker when the show started, here’s Sterling Archer fulfilling his Draperian destiny and finding that things are beginning to pass him by, and not just because he’s spent three years in effective hibernation. While he was away, some of his colleagues got stronger, some learned to control their impulses, and others nearly walked away from him entirely. Sterling may be hurling insults at his old clip, but the first four episodes of Season 11 find him having to work his way back into a default leadership role. 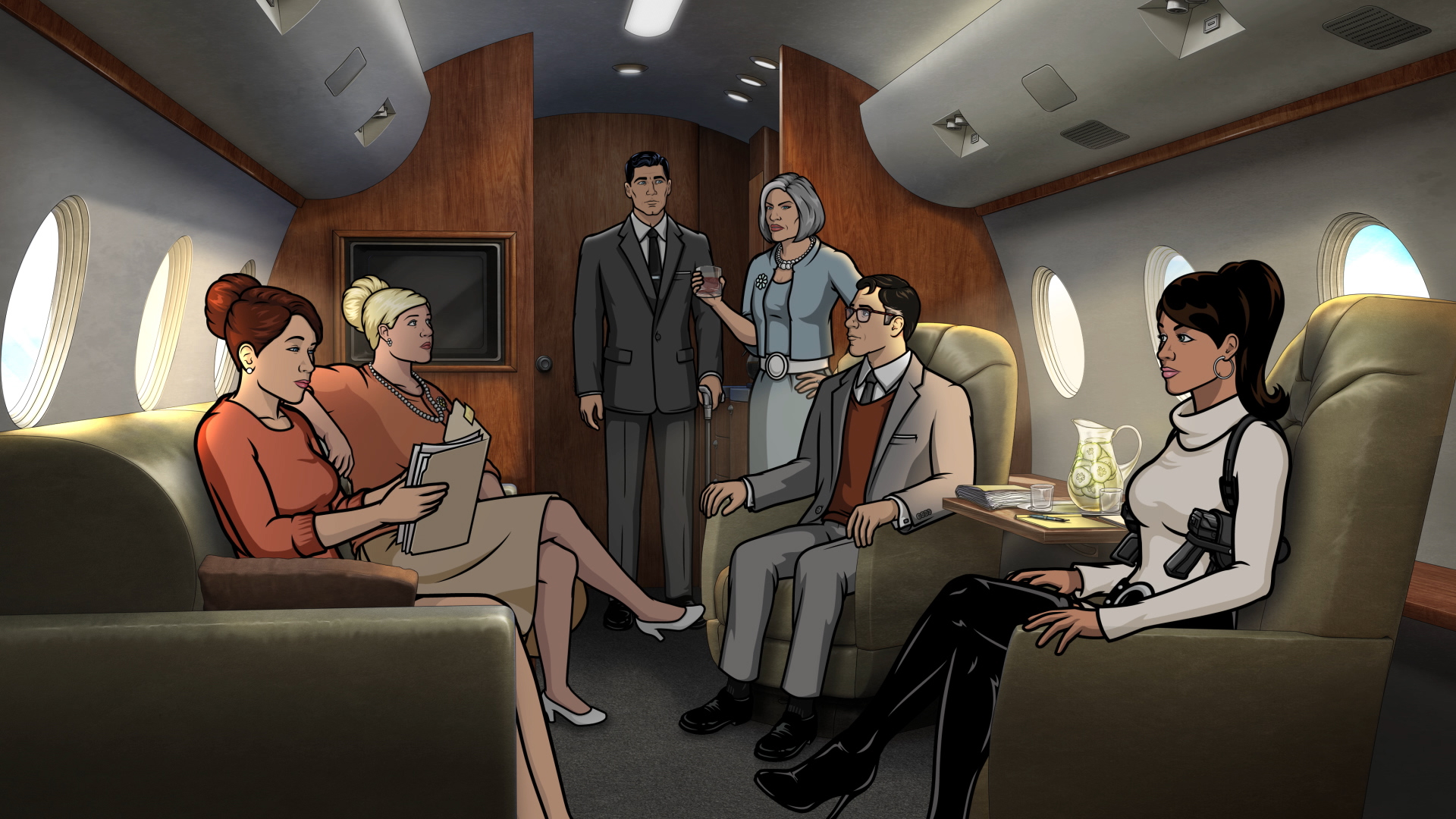 Despite that change, there’s a certain kind of comfort that comes from seeing the team members all back in human form, returning to “present day” in their familiar work outfits. Traveling through a late-1940s noir world, a tropical adventure, and an exploration of deep space gave “Archer” a chance to prove its group dynamic could be translated to any number of settings (and species), as long as people generally stayed in their roles. Having shown that this main septet can survive journeys across dream dimensions, “Archer” comes back more precise than ever. Part of that precision is allowing that group energy to feed off of what the audience (and by extension, Sterling) saw in “Danger Island” and “1999.” Built from the bones of what it knows will work, these tiny subversions are no longer the big swings akin to turning its tech genius into a parrot. They’re the more incremental steps that can build tension without distracting from what the show does best.

It may seem like an overly easy comparison given that they’re the longest-running series in the FX family of networks, but “Archer” seems like the animated show most closely following in the footsteps of “It’s Always Sunny in Philadelphia.” The sturdy-but-flexible foundation of each sitcom has allowed opportunities for plenty of diversions. The fact that both have continued to return to their strengths has rarely been a sign of stagnation — if anything, it’s a vindication of the technique and execution that has kept each on the air for this long.

In Season 11, that manifests itself in how the Floyd County animation team has sharpened the familiar movements of each character while giving lush atmospheres to each successive job, never feeling like the action is playing out against reused or reusable backdrops. (One climactic sequence staged in a factory shows just how much the humor of the show comes from its visual wit as much as any pop culture deep cut.) Between “Archer” and “Dicktown,” this is a production house that has fused style and substance so efficiently that it’s easy to take it for granted.

Luckily, the signature “Archer” connective joke tissue that melds its disparate plots with bookending conversations is as sharp as ever, too. Archer’s jealousy, Cyril’s struggles to command respect, and Cheryl’s turn-ons should be territory so well-trod that no fertile ground would be left. Yet, there’s enough magic in each passing setup that you get a chance to see these from a new angle.

Deconstructing the show even further than Seasons 8-10 (as IndieWire’s Ben Travers proposed in his “Archer: 1999” review) is certainly still a possibility. But the fact that Season 11 succeeds on more than a “return to form” metric is a sign that there’s no immediate need to step away again any time soon.

“Archer” Season 11 airs Wednesday nights at 10 p.m. on FXX, with episodes streaming the next day on Hulu, where all previous seasons are now available.