OUR Yorkshire Farm's Amanda and Clive Owen opened up about their marriage struggles.

On October 27, 2021, The Sun revealed the couple were spending nights apart, leading the public to believe they had parted ways. 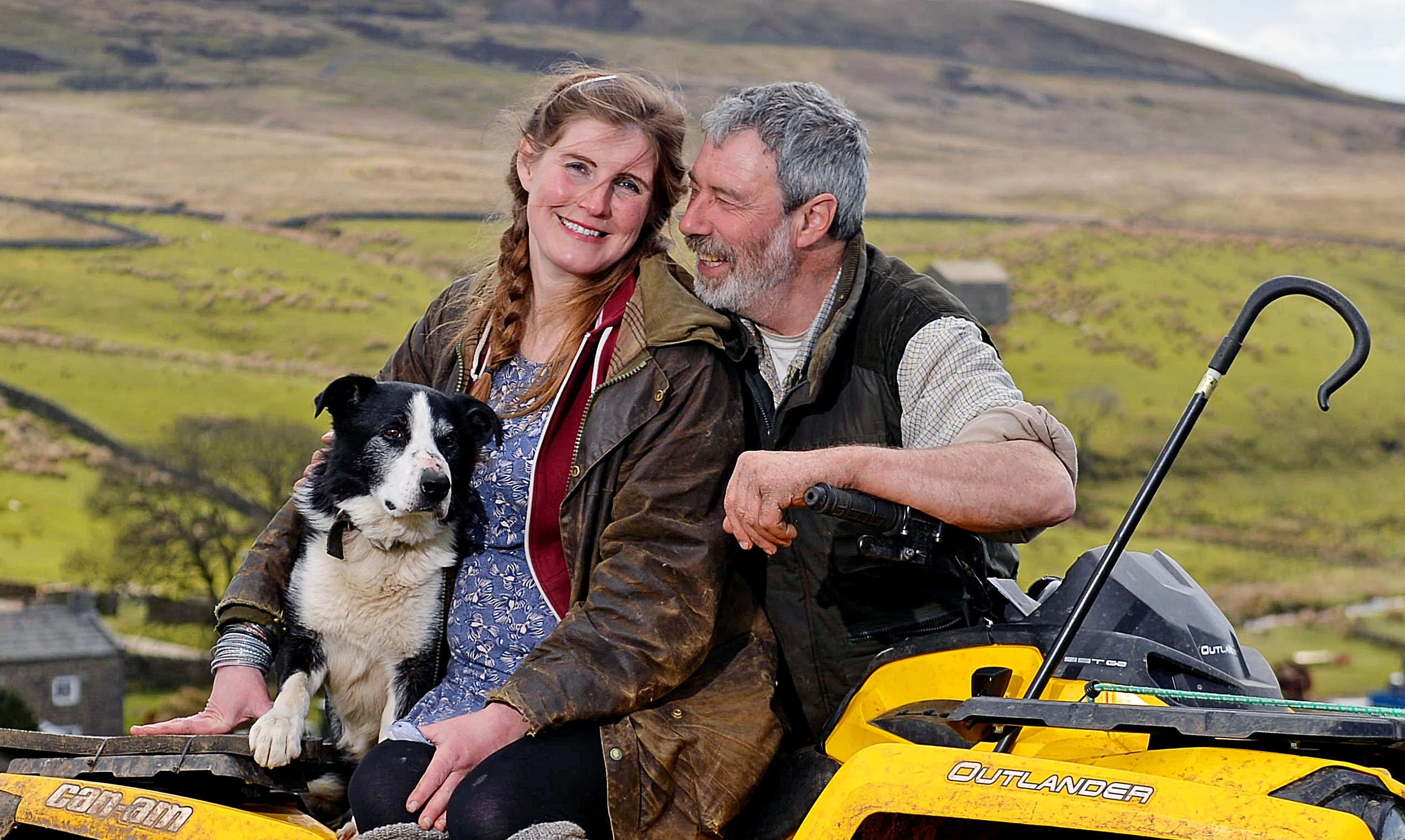 Are Amanda Owen and Clive Owen splitting up?

With the release of her new book, Celebrating the Seasons with the Yorkshire Shepherdess, Amanda was said to be spending time away from her family home.

Sources claimed that the lovebirds were battling to save their marriage, with Clive being "desperate" to repair the relationship.

"It's incredibly sad", a close family friend told The Sun, with another informant stating that their apparent split had become "the talk of the village."

"Amanda and Clive are two hugely popular figures here in the Dales, and no one saw this coming."

"Clive loves Amanda to bits and adores her and fears the marriage may be failing even though he desperately doesn't want it to. He fears they will divorce."

"He reckons the image of them playing happy families is a load of rubbish. He thinks this will be the last series they film together."

The source added: "he wants them to stay together for Christmas and then, unfortunately for him, the decision is very much in Amanda's hands. He will do as he's told."

But in a joint statement released on October 28, 2021, Amanda and Clive struck back at the rumours.

Amanda and Clive reminded the public that they have "never said their marriage was perfect."

"With the TV show and the books, we've always aimed to show the reality of life on the farm", the statement reads, "and just like any marriage, we have our stresses and strains, coupled with all the complexities of what we do on the farm and bringing up nine kids."

"We're a normal family and we've never said our marriage is perfect."

The public scrutiny emanating from the success of their show Our Yorkshire Farm, aired on Channel 5, has only added strain for the couple.

"The constant intrusion into our lives from the media has amplified a rocky patch that we're going through."

"We ask that the media respect our privacy as we work through this."

On October 12, The Sun first reached out to Amanda's publicist, enquiring about a possible split.

We were told: "Amanda and Clive have not parted ways and Amanda has not moved out of the family home."

When did Amanda Owen and Clive Owen get married?

With a marriage as long as theirs, Amanda and Clive Owen have had their share of marital obstacles.

Britain's most famous farming couple have been married for 21 years.

The pair first met in 1995 in Ravenseat, where Amanda had gone to ask for help.

Back then, Clive was single-handedly running Ravenseat Farm, in North Yorkshire, while Amanda was trying her hand at several odd jobs locally and in farms in Wiltshire and Cumbria.

"I was living in a cottage by myself, shepherding", Amanda once recalled according to The Yorkshire Live, "I wasn't looking over my shoulder to what anyone was thinking because there was no one close enough for that."

Amanda and Clive first set eyes on each other when she came into Ravenseat Farm to ask for help when trying to burrow a male sheep.

Their relationship only grew from then, despite their 21-year age gap, but while Clive was immediately smitten with shepherdess, Amanda admitted it was not love at first sight for her.

"It was a slow burn thing. We kind of got to know each other. We made friends first then went out a little bit together."

"With us both coming from non-farming backgrounds, we were kind of peas in a pod really but we didn't know that at the time."

The pair got married in 2000 and welcomed nine children.