Will Below Deck viewers get a glimpse of the Below Deck Mediterranean Season 6 crew before the season begins? The final charter on Below Deck Sailing Yacht will be a group of yachties from Lady Michelle, the yacht featured on Below Deck Med. However, it does not appear that the crew hired for the show are the charter guests.

Producers rent a yacht and staff it with their own cast and crew for the six-week shoot. The yachties who typically work on the boat either take a vacation, hop on another boat or, some stay on the yacht but work behind the scenes. The crew who ultimately party with the Parsifal III crew are not featured on the upcoming season. But it doesn’t mean they won’t be just as wild and fun. 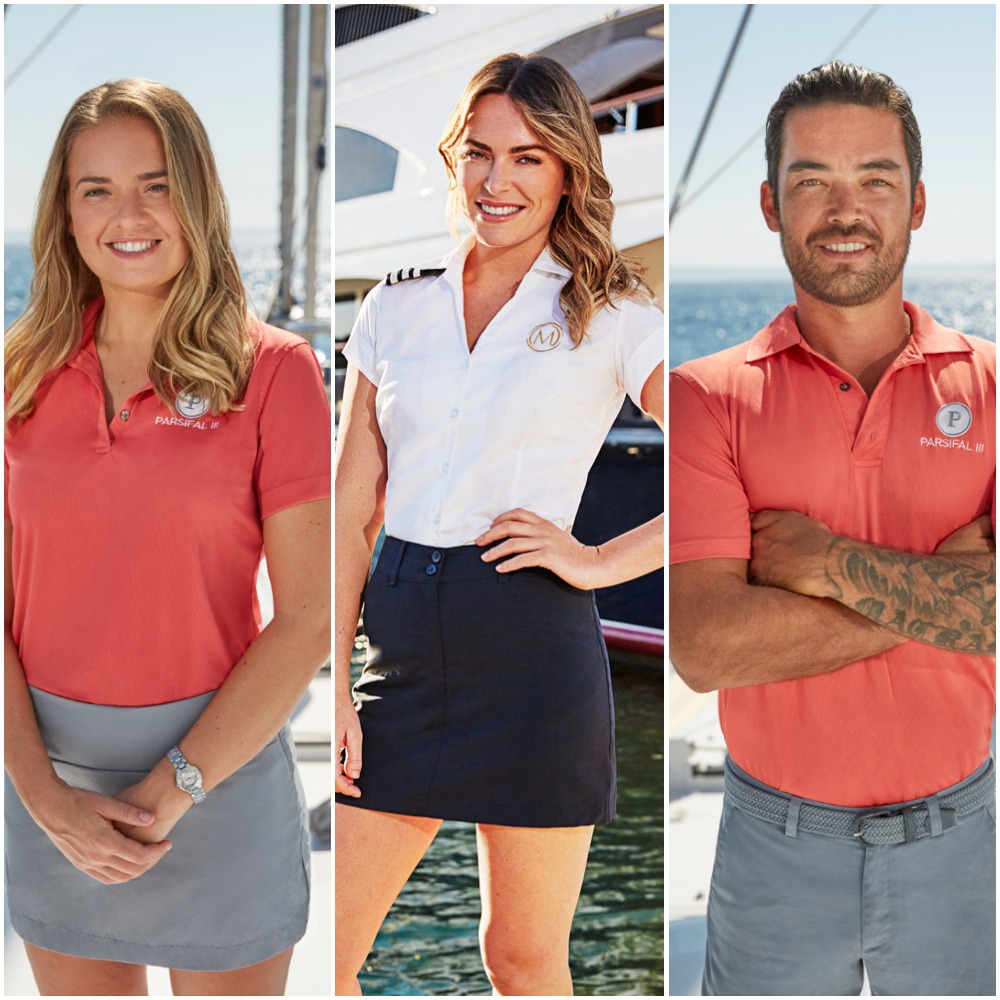 ‘Below Deck Sailing’ crew worried about serving other yachties

The Lady Michelle crew were last-minute additions when the final group of charter guests tested positive for Covid-19 before arriving for their charter. While the crew hoped for a final charter, they groaned when they learned it would be other yachties. Apparently, Lady Michelle’s owner paid for a 24-hour charter on Parsifal III and made sure the crew knew the tip would be coming from the owner too. This information still didn’t help as the Parsifal III crew seemed annoyed they’d be serving other yachties and being judged for their work.

But they lined up at the dock with smiles, ready to meet the Lady Michelle crew. The crew is heard excitedly talking about how nice the boat is, while chief stew Daisy Kelliher says to Captain Glenn Shephard, “This feels really weird.”

‘Below Deck’ crews have no problem partying together

Yachties are diving into the sudsy hot tub fully clothed as they pour booze down each other’s throats. Meanwhile, Jean-Luc Cerza-Lanaux and Dani Soares continue to take their relationship to the next level. Plus, the King, Alli Dore, and Sydney Zaruba love triangle appear to be ready to implode.

How does the season end and does the Lady Michelle crew spill any secrets about the upcoming season of Below Deck Mediterranean?

Below Deck Sailing Yacht Season 2 finale is on Monday, June 14 at 9/8c on Bravo.