Auli’i Cravalho loves to sing, but she’s ready to fully focus on her acting career. She spoke EXCLUSIVELY with HL about her upcoming show, why it’s a ‘dream project’ for her, and more.

Auli’i Cravalho has made a name for herself with her singing roles in projects like Moana, Rise, All Together Now, and The Little Mermaid Live! Music is near and dear to her heart, but the 19-year-old told HollywoodLife EXCLUSIVELY that she thinks it’s time to tackle her acting career in full force.

“I have been so blessed to sing and dance my little heart out on many projects, but now I get to really hone in on my skills as an actor,” Auli’i told HollywoodLife while discussing her King’s Hawaiian partnership. “That’s something that consistently challenges me more than singing does because that kind of comes from my soul, whereas acting I have to worry about my face. Like, does it look natural when my arms are like this? Why does suddenly standing feels so strange? I have to relearn my body in a way.” 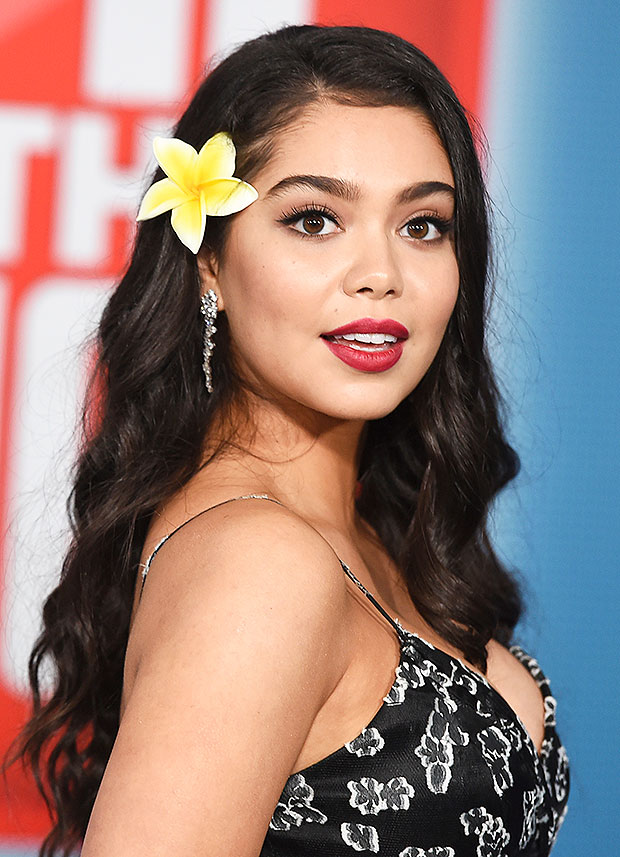 Her next role is in the upcoming Amazon Prime series The Power. The actress is so excited to be working with incredible women both in front of the camera and behind it. “I’ll be working with Leslie Mann and Reed Morano, who directed The Handmaid’s Tale as well,” Auli’i told HollywoodLife. “It’s based off of a book by Naomi Alderman, and it’s about this different world where girls suddenly have this power to electrocute people at will. It’s about the power of that electrocution, but also to see how the power in communities and across the world when women have kind of an inherent upper hand over the other sex. It’s a really interesting project.” 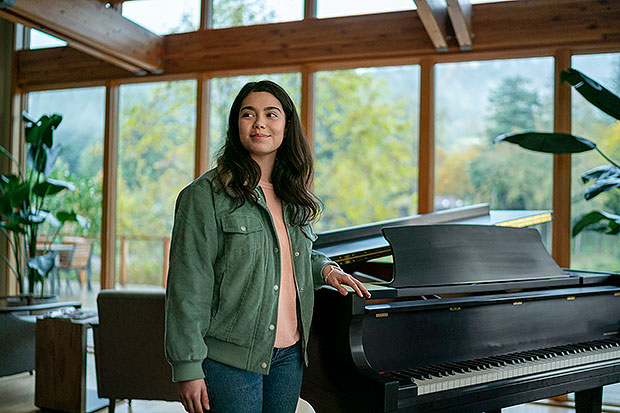 The Power is set to have an all-female writers room, which means a lot to the young actress. “It’s so important to have women written by women,” Auli’i said. “I’m young in this industry, and I’m so excited to talk to a woman director and to have more open communication about my character and to know that my character, Joss, is multi layered. She’s not just one thing because women are not just one thing. So to have a deeper sense of commitment to this role, and a really great connection to the writers and the director as well, it really is a dream project for me.”

Disney is giving so many of their animated classics the live-action treatment — Cinderella, Beauty and the Beast, The Little Mermaid, and more. She revealed her latest thoughts on the possibility of a live-action Moana. “I mean, Moana came out in 2016. I think we can wait a little bit longer before a live-action version,” Auli’i told HollywoodLife. “I gotta say, I still think it’s a really great film as it is animated, but absolutely. I think representation and casting are so important, so I would love to see a beautiful Brown young heroine onscreen someday.”

Auli’i also opened up about her partnership with King’s Hawaiian, a company that is close to her heart. “I grew up in Hawaii and King’s Hawaiian bread was always a treat for my family growing up. I’m super excited to help celebrate their 70th anniversary and their tradition of giving back through A (French) Toast to Breakfast. It’s a special program with No Kid Hungry. This will help provide up to half a million meals to kids in need, and I really love that anyone can make a difference by hosting their own french toast fundraiser in their hometown. To make the bake sale proceeds go even further for No Kid Hungry, King’s Hawaiian is matching all donations up to $25,000 from bake sale participants between November 16 and November 23. I am so proud to be supporting this. I mean, it really feels perfect. I grew up eating this bread, and it has a beautiful, charitable aspect to it. So I can’t think of a reason not to eat this.”