Avengers: Endgame brought the Infinity Saga to a close and killed off Thanos, the main villain of the Marvel Cinematic Universe. This means that a new villain is coming in phase 4, but it’s not yet clear who it will be. According to a new report, Iron Man (Robert Downey Jr.) may have foreshadowed Thanos’ replacement when they introduced time travel into the MCU. 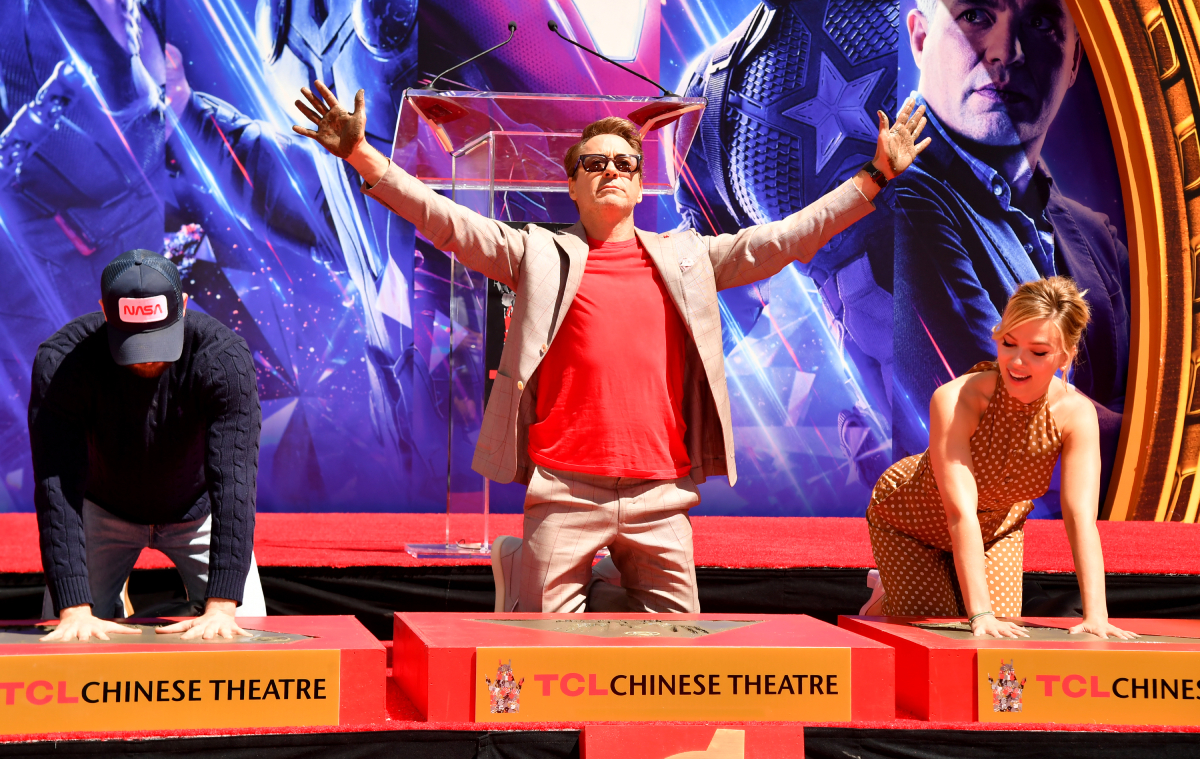 Tony Stark did not originally support the time heist in ‘Avengers: Endgame’

Long before the Avengers assembled to defeat Thanos in Endgame,Tony Stark foresaw the imminent threat. Tony – who Hawkeye (Jeremy Renner) dubbed the MCU’s futurist – made some questionable decisions in the name of fighting this threat. The most notable was his decision to create Ultron.

But If his fellow superheroes would have heeded Tony’s warning before Thanos made his presence known in Infinity War, they might have been better prepared to fight.

Fans will remember that after Thanos snaps half of the universe out of existence, Tony wasn’t on board at first with the idea of a time heist. He knew how risky it was, but still managed to find a way to make it work. His desire to bring back Spider-Man (Tom Holland) outweighed his fears. But even when the time heist worked in Avengers: Endgame, he knew that was not how things would end.

Thanos ended up blindsiding them with an attack. When Captain America (Chris Evans) asks what happened Tony replies, “You mess with time, it tends to mess back.” Iron Man knew that playing with time travel was risky, and this could be his way of teasing a future MCU villain.

As Screen Rant notes, Tony’s hesitation to move forward with the time heist proves that he was keenly aware that their time hopping could have serious repercussions. One of those could be the arrival of Kang the Conqueror, who’s “villainy is defined by time travel.”

Kang is a 30th-century genius — and a descendant of Reed Richards and Sue Storm — who gains access to a time machine. He uses it as a way to conquer different worlds throughout time.

Because Avengers: Endgame established time travel in the MCU, it completely tracks that Kang could be the next big bad villain. Tony might not have known that Kang’s arrival would be a result of the time heist. But, he knew that messing with the natural order of the universe could result in something like him.

According to The Hollywood Reporter, Marvel has hired Jonathan Majors from HBO’s Lovecraft Country to play the role of Kang. Rumor has it that he will make his debut as the villain in an upcoming Marvel sequel.

Kang the Conqueror will reportedly debut in ‘Ant-Man 3’

With Iron Man out of the picture, it could be Benedict Cumberbatch’s Doctor Strange who leads the fight against Kang the Conqueror. Not only does he have ties to the time stone, he also has access to the multiverse. Another possibility, however, is Ant-Man. His solo films deal with similar time warping concepts because of Pym Particles and the Quantum Realm. And Kang will reportedly make his debut in the MCU via Ant-Man 3.

In the comics, Kang is just as big of a villain as Thanos and Ultron. Casting Majors in the role indicates that Ant-Man 3 will have much bigger stakes than the first two films. It also makes sense that Marvel would use the character to expand the MCU’s future narrative.

Some believe it could pave the way for the Young Avengers, with Scott Lang (Paul Rudd) serving as a mentor. After all, his daughter Cassie (Emma Fuhrmann) is now a teenager and appears to be well on her way to becoming Stature, like in the comics.

Between a lack of an Avengers team on Earth and Kang’s arrival, Ant-Man 3 could very well kick off a new team of superheroes and a new villain. Ant-Man 3 does not have a scheduled release date but is expected to be part of Marvel Phase 5.