Presented by Dermot O’Leary and Edith Bowman on BBC, the BAFTAs started with a slightly awkward moment as Edith slipped up by using the word “relationship” when talking about Dermot. Confused, Dermot jokingly questioned her as the virtual audience laughed.

Welcoming viewers, Edith said: “Welcome to you at home and our live audience, who are also at home.”

Dermot added: “Who also have the pleasure of seeing us in all our live and unedited glory.

“Currently around the globe some of the world’s biggest stars have got their slightly stressed PAs to dial in for them.

“We’re all one big lovely bubble so what could possibly go wrong?” 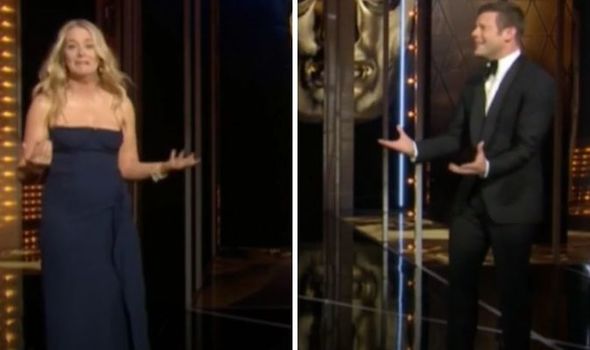 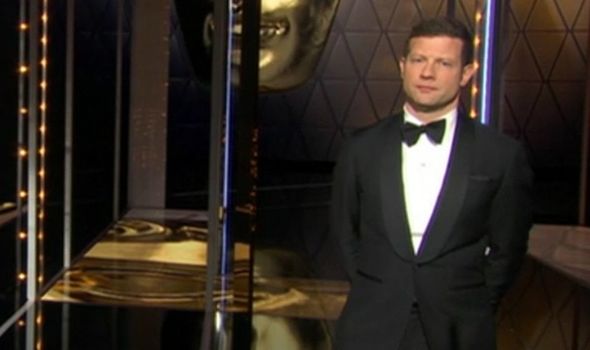 But it seems Dermot’s joke jinxed the moment, as Edith then made a small but funny mistake in her wording.

She replied: “Absolutely nothing. In fact, I’ll stake your relationship on it.”

She quickly amended her statement, adding: “Or should I say reputation on it.”

Dermot joked: “Relationship I was going to say those are pretty high stakes.” 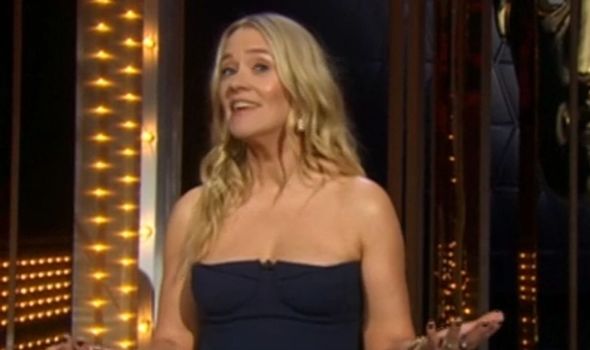 The annual event showcased a wide range of talent across the industry, with the glitzy ceremony able to take place virtually due to Covid-19 regulations.

The awards kicked off with a tribute to Prince Philip, who died on Friday, April 9, at Windsor Castle age of 99.

Dermot said that BAFTA was “extremely saddened” to learn of Prince Philip’s death.

The show also honoured other famous faces who have died recently, with emotional tribute showing photos and names of late TV legends.

But viewers weren’t happy that certain people had been left out, including Friday Night Dinner star Paul Ritter, who died last week.

Dermot said: “At this point in the show we take a moment to remember our friends and colleagues who have sadly passed away over the last year.

“This year has been unlike any other – the sheer number of people we’ve lost has been both devastating and heart-breaking.”

Following the montage, some viewers took to social media to question why some people hadn’t been included.

On Twitter, one person said: “No DMX in the tribute? That’s cold, guys. #BAFTAs.”

Another asked: “Where was Paul Ritter in the tributes? #BAFTAs. They’ve had time to add him! Such a bad omission.”

One Twitter user said: “No bobby ball in the tribute #BAFTAs.”